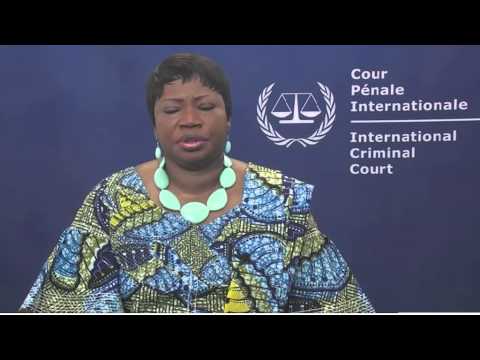 Situation referred to the ICC by the CAR Government: May 2014

Current focus: Alleged war crimes and crimes against humanity committed in the context of renewed violence starting in 2012 in CAR. (See CAR I regarding the 2002/2003 conflict in CAR.)

On 3 October 2001, CAR ratified the Rome Statute and on 30 May 2014, it referred the situation in its territory since 1 August 2012 to the ICC. The ICC may exercise its jurisdiction over crimes listed in the Rome Statute committed on the territory of CAR or by its nationals from 1 July 2002 onwards, and in this specific situation is focussing on alleged crimes committed since 1 August 2012.

The ICC's investigation in CAR II focussed on alleged war crimes and crimes against humanity committed in the context of a conflict in CAR since 1 August 2012. The 2012 conflict reportedly involved alleged crimes by both Muslim Séléka and Christian anti-balaka groups; the violence allegedly led to thousands of deaths and left hundreds of thousands displaced. The UN has also issued warnings of the high risk of genocide in CAR.

In opening the investigation in September 2014, the Office of the Prosecutor issued a press release stating: "The information available provides a reasonable basis to believe that both the Séléka and the anti-balaka groups have committed crimes against humanity and war crimes including murder, rape, forced displacement, persecution, pillaging, attacks against humanitarian missions and the use of children under fifteen in combat. The list of atrocities is endless. I cannot ignore these alleged crimes."

The Prosecutor alleges that there is a reasonable basis to believe that the following crimes have been committed in CAR since 2012: 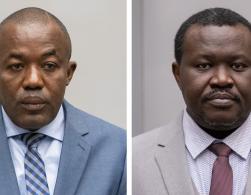 The confirmation of charges hearing was held on 19-25 September and 11 October 2019. On 11 December 2019, Pre-Trial Chamber II partially confirmed the charges of war crimes and crimes against humanity brought by the Prosecutor against Mr Yekatom and Mr Ngaïssona and committed them to trial. The public redacted version of the decision on the confirmation of charges was published on 20 December 2019.

On 11 March 2020, Pre-Trial Chamber II rejected the Prosecution's Request for Reconsideration of, or alternatively Leave to Appeal, the "Decision on the confirmation of charges against Alfred Yekatom and Patrice-Edouard Ngaissona", thereby concluding the proceedings in the case before that Chamber, and ordering the Registrar to transmit the Decision Confirming the Charges and the record of the proceedings to the ICC Presidency. This was done on 13 March 2020. On 16 March 2020, the Presidency constituted Trial Chamber V to be in charge of this case and is composed of Judge Bertram Schmitt, Judge Péter Kovács and Judge Chang-ho Chung.

The trial opened on 16 February 2021 before Trial Chamber V.

Next steps: The Prosecution has started presenting its evidence and the testimonies of Prosecution witnesses are ongoing.

Questions and Answers on the trial: English, French, Sango 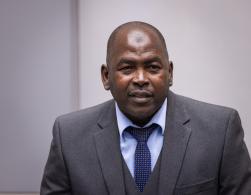 The warrant of arrest against Mr Mahamat Said Abdel Kani also known as "Mahamat Said Abdel Kain" and "Mahamat Saïd Abdelkani" ("Mr Said") was issued under seal on 7 January 2019 for war crimes and crimes against humanity allegedly committed in Bangui (CAR) in 2013. Mr Said was surrendered to the ICC on 24 January 2021. The initial appearance of Mr Said before the Single Judge of Pre-Trial Chamber II, Judge Rosario Salvatore Aitala, took place on 28 and 29 January 2021. The confirmation of charges hearing took place from 12 to 14 October 2021.

On 9 December 2021, Pre-Trial Chamber II partially confirmed the charges of crimes against humanity and war crimes brought by the Prosecutor against Mr Said and committed him to trial.

Next steps: The trial opened on 26 September 2022 and is ongoing. 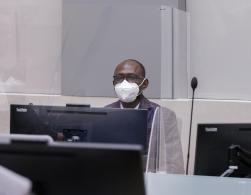 The warrant of arrest against Maxime Jeoffroy Eli Mokom Gawaka was issued under seal on 10 December 2018 for war crimes and crimes against humanity allegedly committed in various locations in the Central African Republic, including Bangui, Bossangoa, the Lobaye Prefecture, Yaloké, Gaga, Bossemptélé, Boda, Carnot and Berberati, between at least 5 December 2013 and at least December 2014. Mr Mokom was surrendered to the ICC on 14 March 2022.

Next steps: The opening of the confirmation of charges hearing was scheduled provisionally for 31 January 2023, but is likely to be postponed. The Chamber will announce a new date in due course.

Questions and Answers on the initial appearance hearing: English; French