Situation in the Republic of Côte d'Ivoire 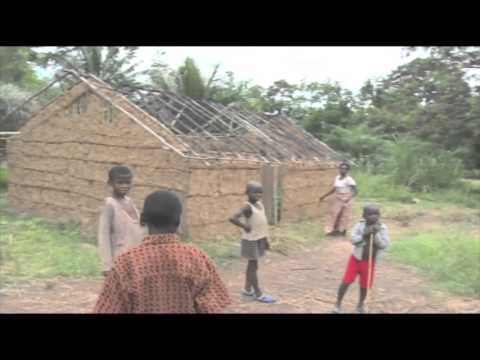 Current focus: Alleged crimes within the jurisdiction of the Court committed in the context of post-election violence in Côte d'Ivoire in 2010/2011, but also since 19 September 2002 to the present

Current regional focus: Throughout Côte d'Ivoire, including, the capital of Abidjan and western Côte d'Ivoire

The investigation has focused on alleged crimes against humanity committed during the 2010/2011 post-electoral violence in Côte d'Ivoire. According to reports, the post-election violence erupted after Presidential election results between opponents Mr Laurent Gbagbo and Mr Alassane Ouattara were disputed.

In granting the Prosecutor's request to open an investigation, the ICC Pre-Trial Chamber noted the Prosecutor's intention to investigate the actions of both pro-Gbagbo and pro-Ouattara forces. The Prosecutor submitted that attacks directed against the civilian population in Côte d'Ivoire were widespread and systematic, and included, for example, raids conducted against headquarters of the opposing party, excessive force used in heavily populated areas in order to disperse protesters, and military roadblocks and checkpoints set up, at which killings allegedly occurred. The Prosecutor submitted that the acts were on a large scale, and that approximately 1 million people were displaced. The Prosecutor's supporting material also indicated the existence of several mass graves in Abidjan, and documentation relating to widespread arbitrary arrests, "disappearances" and incidents of rape.

The investigation has involved charges which include the following crimes:

This was the first investigation opened while a country had accepted the Court's jurisdiction (under article 12(3) of the Rome Statute) but was not yet a State Party. 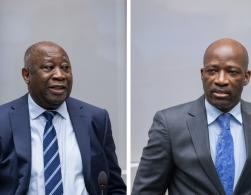 The Blé Goudé case and Gbagbo case were joined on 11 March 2015. The trial began on 28 January 2016. On 15 January 2019, Trial Chamber I, by majority, acquitted Mr Laurent Gbagbo and Mr Charles Blé Goudé from all charges of crimes against humanity allegedly committed in Côte d'Ivoire in 2010 and 2011. On 1 February 2019, the Appeals Chamber set conditions to be imposed on Mr Gbagbo and Mr Blé Goudé upon their release to a State willing to accept them on its territory and willing and able to enforce the conditions set by the Chamber. On 16 July 2019, Trial Chamber I filed the written full reasons for the acquittal of  Mr Laurent Gbagbo and Mr Charles Blé Goudé. On 16 September 2019, the Prosecutor filed a notice of appeal against this decision.

Questions and Answers on the Appeals judgment: English; French

Question and Answers on the acquittal: English, Français 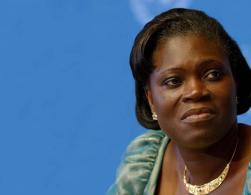