There are several types of witnesses who can testify before the Court.

These witnesses can be called, or asked to give testimony, by the Office of the Prosecutor, the Defence, the Legal Representative of Victims, or the Judges themselves.

ICC Registry staff offer various means of practical support to witnesses, from obtaining visas so they can travel to the seat of the Court in The Hague, the Netherlands, assistance during their travel and stay at the place of testimony, to setting up video link services so witnesses can testify closer to their place of residence when granted by the Chamber.

One particular form of support for witnesses who come to the ICC to testify in Court is the process of "Courtroom familiarization", during which, the Registry staff members show them the Courtroom in advance, before the hearing starts, to allow them to sit in the witness stand for the first time and become familiar with the Courtroom. The staff members explain where the Defence, the Prosecution, Legal Representatives of Victims (where applicable) and Judges will sit during the hearing. They also test out the computer screens and microphones together with the witness, and answer any practical questions the witness might have. They do not discuss with them any element of their testimonies. The Registry will also see if any particular measures would be needed to ensure that the witness can testify in a secure manner and also takes into consideration their privacy, dignity and well-being. . 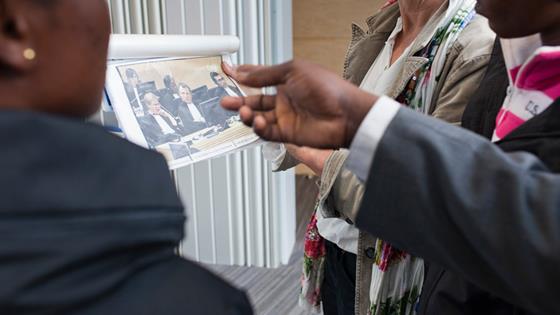 As part of the Courtroom familiarization process, ICC staff members show witnesses photos of the representatives of the parties that will be inside the Courtroom during the hearing © Frank Schinski

As practical support, witnesses – independently of the party calling them – may receive two types of allowances to compensate for the financial burden related to the testimonies.

This covers the costs related to the witness's personal expenses in the location and for the duration of the testimony while testifying. It is evaluated based on the cost of living in this location.

This provides compensation for wages, earnings and time lost as a result of the witnesses' absence from their place of residence for the purpose of their appearance before the Court.

In accordance with regulations 84(2) and 85(3)(a) of the Regulations of the Registry, the Registrar determines the rates and reviews them annually. Allowance rates are established for various countries, in order to cover possible residence of the witnesses and possible location of video-link testimony.

The Court has a number of protective measures that can be granted to witnesses, victims who appear before the Court and other persons at risk on account of testimony given by a witness. The Court's protection system is based on best practices which are aimed at concealing the witness's interaction with the Court from their community and from the public in general.

Protective measures where witnesses reside aim to limit the witness's exposure to threats or provide an appropriate response to an identified threat. Measures must be proportional to the risk. When there are multiple suitable and available options for protective measures, the Court will choose those that are the least intrusive on the witness's wellbeing. These measures could include local protection measures, an assisted move or various security arrangements aimed at addressing the identified threat. Witness relocation is only used as a last resort, due to the immense burden this puts on the witnesses and their families. 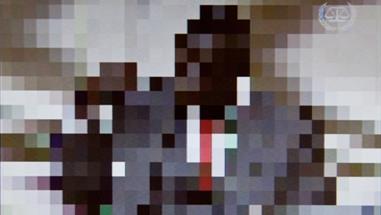 The Registry is equipped with staff members with expertise in trauma, including trauma related to crimes of sexual violence. The Registry is mandated to advise the Chambers on measures to be taken to facilitate their testimony and to prevent psychological harm resulting from appearing before the Court. Special measures can then be ordered for vulnerable witnesses like children, elderly persons or victims of sexual violence, and/or any other vulnerable witnesses who are at increased risk of psychological harm or who may experience difficulties testifying before the Court. Measures to facilitate witnesses' testimony include in-court assistance, such as having a psychologist in Court to monitor the witness's well-being, allowing a support person to sit next to the witness in Court, adapting the setup of the courtroom such as shielding the accused in order to prevent eye contact between the witness and the suspect or accused, using a video-link to allow the witness to testify from a witness-friendly location (outside the courtroom), or putting in place measures to adapt the questioning to the needs and capacities of the witness, for instance, to avoid unnecessarily intrusive, embarrassing or repetitive questions to victims of sexual violence.

Protective measures do not affect the fairness of a trial. They are used to make witnesses safe and preserve their well-being. They apply equally to all witnesses, no matter if they are called by the Prosecution, the Defence, the Legal Representatives of Victims or the Judges. All parties are bound by confidentiality and must respect protective measures granted by the Chamber. At the same time, even when protective measures are applied, witnesses can still be cross-examined inside the Courtroom.

The International Criminal Court Bar Association (ICCBA) is an independent, professional association representing the interests of Counsel and legal Support Staff who represent victims, defendants and other actors (such as witnesses) before the ICC. The ICCBA serves as a collective voice for its membership, and provides them a range of support and services, as well as acting as a forum for discussion on all matters pertaining to the Court. The ICCBA's operations are primarily funded by the subscriptions paid by its members, and it is governed by an elected President (currently Marie-Hélène Proulx) and Executive Council, with eight elected standing committees responsible for specific issues and activities.