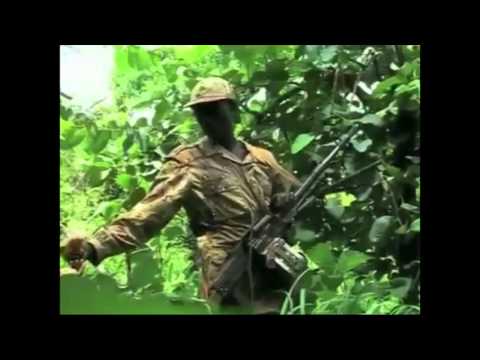 Situation referred to the ICC by the Government of Uganda: January 2004

Current focus: Alleged war crimes and crimes against humanity committed in the context of a conflict between the Lord's Resistance Army (LRA) and the national authorities in Uganda since 1 July 2002 (when the Rome Statute entered into force)

In June 2002, Uganda ratified the Rome Statute, and in January 2004, it referred the situation in its territory since 1 July 2002 to the ICC. The ICC therefore may exercise its jurisdiction over crimes listed in the Rome Statute committed on the territory of Uganda or by its nationals from 1 July 2002 onwards.

The ICC investigations in Uganda have focussed on alleged war crimes and crimes against humanity committed in the context of an armed conflict predominantly between the Lord's Resistance Army (LRA) and the national authorities, mainly in Northern Uganda, since 1 July 2002.

Upon receiving the referral from the Ugandan Government, the Office of the Prosecutor issued a press release stating: "A key issue will be locating and arresting the LRA leadership. This will require the active cooperation of states and international institutions in supporting the efforts of the Ugandan authorities. Many of the members of the LRA are themselves victims, having been abducted and brutalised by the LRA leadership. The reintegration of these individuals into Ugandan society is key to the future stability of Northern Uganda. This will require the concerted support of the international community – Uganda and the Court cannot do this alone."

Investigations opened in July 2004, and alleged crimes in this situation include:

This situation led the ICC's Pre-Trial Chamber judges to issue the Court's first warrant of arrest in 2005, against top members of the LRA. All suspects remained at large for a decade, until one LRA member, Dominic Ongwen, surrendered himself in January 2015. Other top members of the LRA, Joseph Kony and Vincent Otti remain at large. 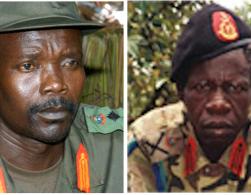 The warrants of arrest in this case were issued under seal on 8 July 2005 and unsealed on 13 October 2005. The suspects are still at large. While case originally involved Raska Lukwiya and Okot Odhiambo, proceedings against them were terminated due to their passing.

Next steps: Until the suspects are arrested and transferred to the seat of the Court in The Hague, the case will remain in the Pre-Trial stage. The ICC does not try individuals unless they are present in the courtroom. 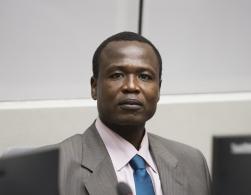 The trial began on 6 December 2016. The Prosecution and the Defence have completed the presentation of their evidence. The Legal Representatives of Victims also called witnesses to appear before the Chamber. On 12 December 2019, the presiding judge declared the closure of the submission of evidence in the case. The closing briefs were filed on 24 February 2020. The closing statements took place from 10 to 12 March 2020. On 4 February 2021, Trial Chamber IX found Dominic Ongwen guilty for a total of 61 crimes comprising crimes against humanity and war crimes, committed in Northern Uganda between 1 July 2002 and 31 December 2005. On 6 May 2021, Trial Chamber IX sentenced Dominic Ongwen to 25 years of imprisonment.

On 15 December 2022, the Appeals Chamber confirmed the decisions of Trial Chamber IX on Dominic Ongwen’s guilt and sentence.

Next steps: The conviction and the sentence are now final. The ICC Presidency shall designate a State of enforcement for the sentence. In the meantime, Mr Ongwen will remain in the ICC detention centre.

Furthermore, a phase dedicated to the reparations to victims is ongoing. On 6 May 2021, the Chamber issued an order for submissions on reparations.

Transcript of the hearing, 4 February 2021

Appeals judgment on the verdict, 15 December 2022

Appeals judgment on the sentence, 15 December 2022