Situation in the Islamic Republic of Afghanistan 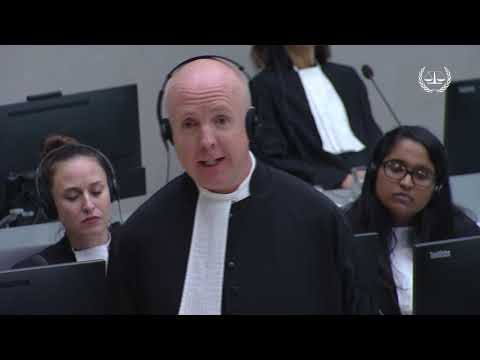 Focus: Alleged crimes against humanity and war crimes committed in Afghanistan since 1 May 2003

On 5 March 2020, the Appeals Chamber of the International Criminal Court decided unanimously to authorise the Prosecutor to commence an investigation into alleged crimes under the jurisdiction of the Court in relation to the situation in the Islamic Republic of Afghanistan.

The Appeals Chamber's judgment amended the decision of Pre-Trial Chamber II of 12 April 2019, which had rejected the Prosecutor's request for authorisation of an investigation of 20 November 2017 and had found that the commencement of an investigation would not be in the interests of justice. The Prosecutor had filed an appeal against that decision.

The Appeals Chamber found that the Prosecutor is authorised to investigate, within the parameters identified in the Prosecutor's request of 20 November 2017, the crimes alleged to have been committed on the territory of Afghanistan since 1 May 2003, as well as other alleged crimes that have a nexus to the armed conflict in Afghanistan and are sufficiently linked to the situation in Afghanistan and were committed on the territory of other States Parties to the Rome Statute since 1 July 2002.

On 20 November 2017, the Prosecutor had requested authorisation from Pre-Trial Judges to initiate an investigation into alleged war crimes and crimes against humanity in relation to the armed conflict in the Islamic Republic of Afghanistan since 1 May 2003, as well as regarding similar crimes related to the armed conflict in Afghanistan allegedly committed in the territory of other States Parties to the Rome Statute since 1 July 2002.

Afghanistan deposited its instrument of accession to the Rome Statute on 10 February 2003. The ICC may therefore exercise its jurisdiction over crimes listed in the Rome Statute committed on the territory of Afghanistan or by its nationals from 1 May 2003 onwards.

Procedural history and focus of the preliminary examination

The preliminary examination of the situation in Afghanistan was made public in 2007. The OTP has received numerous communications under article 15 of the Rome Statute related to this situation. The preliminary examination focusses on crimes listed in the Rome Statute allegedly committed in the context of the armed conflict between pro-Government forces and anti-Government forces, including the crimes against humanity of murder, and imprisonment or other severe deprivation of physical liberty; and the war crimes of murder; cruel treatment; outrages upon personal dignity; the passing of sentences and carrying out of executions without proper judicial authority; intentional attacks against civilians, civilian objects and humanitarian assistance missions; and treacherously killing or wounding an enemy combatant. The preliminary examination also focusses on the existence and genuineness of national proceedings in relation to these crimes.