Aller au contenu principal
Statement of ICC Deputy Prosecutor, Mr James Stewart, at the opening of the trial in the Gicheru case

Statement of ICC Deputy Prosecutor, Mr James Stewart, at the opening of the trial in the Gicheru case 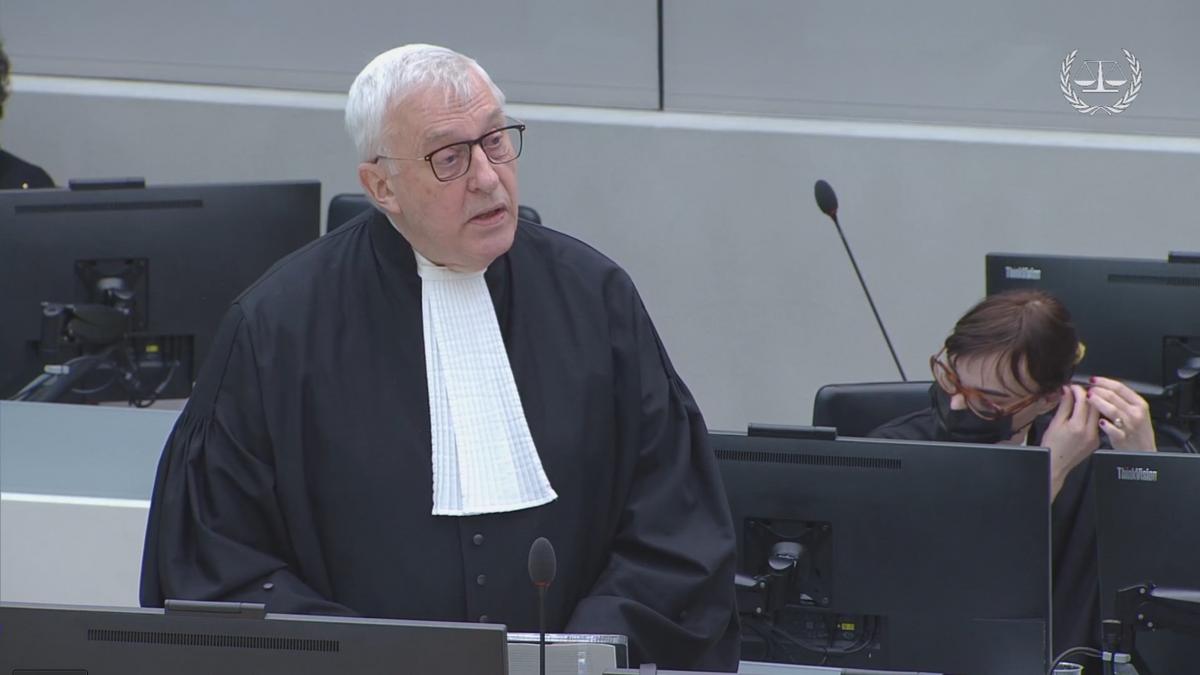 Good morning, Your Honour, and good morning to all.

The Prosecutor, Karim A.A. Khan QC, having recused himself completely from the Kenya Situation, it is my honour, as Deputy Prosecutor, to appear before you to introduce the Prosecution team.

For the record, my name is James Stewart.

In addition, Associate Trial Lawyer, Laura Warrlich, who could not be present in court now, due to Covid-19 restrictions, will be introduced after the break. Our Case Manager, Grace Goh, is working remotely.

But in order to establish the truth, victims and witnesses must be able to testify freely and honestly. And when their evidence is perverted, through corruption or intimidation, the truth is obscured and justice is denied.

The Prosecution brings this case against Paul Gicheru to protect the integrity of the Court's proceedings from offences against the administration of justice, to punish those responsible and deter future offenders. We seek to preserve and strengthen public confidence in the Court and the expectations of those who look to the Court to establish the truth and deliver justice.

Those who would seek to undermine the Court's ability to provide redress for the victims of mass atrocities, cannot be allowed to prevail. They must be held accountable.

The investigation and prosecution of William Samoei Ruto and Joshua Arap Sang was beset from the outset with witness interference and intimidation problems, which continued up to and throughout the trial. In dismissing the charges against those two accused, the Judges, in both the majority and minority opinions of the Trial Chamber, condemned the levels of witness interference, which had made it impossible for the Chamber to ascertain the truth.

The most egregious and damaging instance of such witness interference – with the Accused, Paul Gicheru, allegedly at its centre – commenced in early 2013 and continued throughout the trial. This interference caused the Office of the Prosecutor to start an investigation, in parallel with the Ruto and Sang trial, into numerous reports of witness tampering. That investigation allowed the Prosecution to uncover and document the commission of the offences that form the basis of the case that is now before this Chamber.

The evidence gathered in the investigation will show that the Accused managed and coordinated a scheme to identify, locate, and corruptly influence actual and potential Prosecution witnesses. This was done through a combination of bribery and intimidation. The actions of the Accused and his associates led directly to the withdrawal and recanting of no less than four vital Prosecution Witnesses in the Ruto and Sang case. The efforts of the Accused and his associates to influence corruptly a further two witnesses were only thwarted, because the witnesses they targeted reported this to the Prosecution.

While the Prosecution does not allege that the Accused was himself directly involved in the disappearance and presumed death of another Prosecution witness, or in the murder of a prospective Defence witness and former Prosecution intermediary, Meshack Yebei, both of these individuals, as the narrative of the case will show, were caught up in the witness tampering scheme.

The Accused and his associates may not have been the only persons responsible for witness intimidation and tampering in the Ruto and Sang case. However, the evidence will establish – beyond a reasonable doubt – that they were responsible for the offences charged in this case.

This trial, therefore, represents an important step towards holding those responsible for witness interference in the Kenya cases accountable for their actions and achieving some measure of retribution on behalf of the victims who were denied justice.

The Prosecution notes that two further suspects, for whom arrest warrants have been issued for the same offences, remain at large and we call upon the Kenyan authorities to take all necessary steps to surrender these two suspects to the Court without further delay.

I yield the floor now to Senior Trial Lawyer, Anton Steynberg, and the Prosecution team, who will outline in detail the case that the Prosecution will present to establish the guilt of Paul Gicheru.