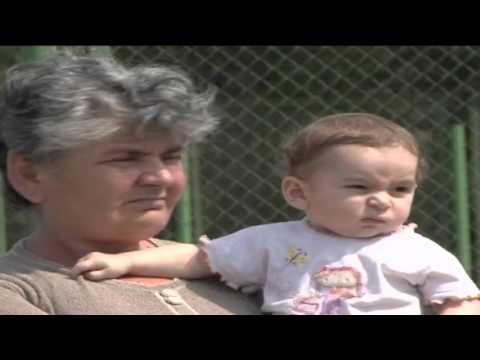 Current focus: Alleged crimes against humanity and war crimes committed in the context of an international armed conflict between 1 July and 10 October 2008

Current regional focus: According to the Prosecution's request for authorization to investigate: in and around South Ossetia

Georgia ratified the Rome Statute on 5 September 2003. The ICC therefore may exercise its jurisdiction over crimes listed in the Rome Statute committed on the territory of Georgia or by its nationals from 1 December 2003 onwards. On 27 January 2016, Pre-Trial Chamber I granted the Prosecutor's request to open an investigation proprio motu in the situation in Georgia, in relation to crimes against humanity and war crimes within the jurisdiction of the Court in the context of an international armed conflict between 1 July and 10 October 2008.

The ICC investigations focus on alleged crimes committed in the context of an international armed conflict between 1 July and 10 October 2008 in and around South Ossetia, including:

In its preliminary examination, the Office of the Prosecutor "gathered information on alleged crimes attributed to the three parties involved in the armed conflict – the Georgian armed forces, the South Ossetian forces, and the Russian armed forces."

Regarding national proceedings and complementarity, the Prosecutor stated: "Under the complementarity principle in the Rome Statute, the ICC cannot proceed if national authorities are already undertaking (or have undertaken) genuine domestic proceedings into the same cases. Until recently, the competent national authorities of both Georgia and Russia were engaged in conducting investigations against those who appeared to be most responsible for some of the identified crimes. These investigative measures, despite some attendant challenges and delays, appeared to be progressing. However, in March of last year, relevant national proceedings in Georgia were indefinitely suspended. The Office continues to monitor relevant proceedings in Russia, which, according to the Office's information, are still on-going."

Statement of the Prosecutor of the International Criminal Court, Fatou Bensouda, following judicial authorisation to commence an investigation into the Situation in Georgia Video for viewing: YouTube

In granting the Prosecutor's request to open an investigation, the Chamber noted that the representations by or on behalf of 6,335 victims on this matter, which it received on 4 December 2015, "overwhelmingly speak in favour of the opening of an investigation".

On 8 October 2015, the ICC Presidency assigned the Situation in Georgia to Pre-Trial Chamber I, following a notification by the Prosecutor of her intention to submit a request to a Pre-Trial Chamber for authorisation to open an investigation into the situation in Georgia. The ICC Prosecutor announced the preliminary examination of the Situation in Georgia on 14 August 2008. On the basis of the information available, the Prosecutor concluded that there is a reasonable basis to believe that crimes within the jurisdiction of the Court have been committed in Georgia in the context of the armed conflict of August 2008. Pursuant to article 15(3) of the Rome Statute, the Prosecutor submitted a request to the Pre-Trial Chamber for authorisation to open an investigation into this Situation on 13 October 2015.

Public Notice of the ICC Prosecutor to the victims of violence committed in the context of the August 2008 armed conflict in Georgia
English, Français, Русский, ქართული

A national of Russia, born on 28 September 1955 in Vladikavkaz, North Ossetia; previously a senior police officer with the Ministry of Internal Affairs of Russia and, from 2005 until at least 31 October 2008, the Minister of Internal Affairs of the de facto South Ossetian administration, is allegedly responsible for war crimes (unlawful confinement, torture and inhuman treatment, outrages upon personal dignity, hostage taking, and unlawful transfer of civilians) committed between 8 and 27 August 2008.

A national of Russia and presumably Georgia, born on 9 July 1976 in South Ossetia, Georgia; head of the Isolator at the relevant time, is allegedly responsible for war crimes (unlawful confinement, torture and inhuman treatment, outrages upon personal dignity, hostage taking, and unlawful transfer of civilians), committed between 8 and 27 August 2008.

Born on 14 December 1976 in Tskhinvali, Georgia; Presidential Representative for Human Rights of the de facto South Ossetian administration, also known as Ombudsman, at the relevant time, is allegedly responsible for war crimes (hostage taking and unlawful transfer of civilians) committed between 8 and 27 August 2008.