Skip to main content
Statement of the Prosecutor, Fatou Bensouda, on her request to open an investigation of the Situation in the Philippines

Statement of the Prosecutor, Fatou Bensouda, on her request to open an investigation of the Situation in the Philippines 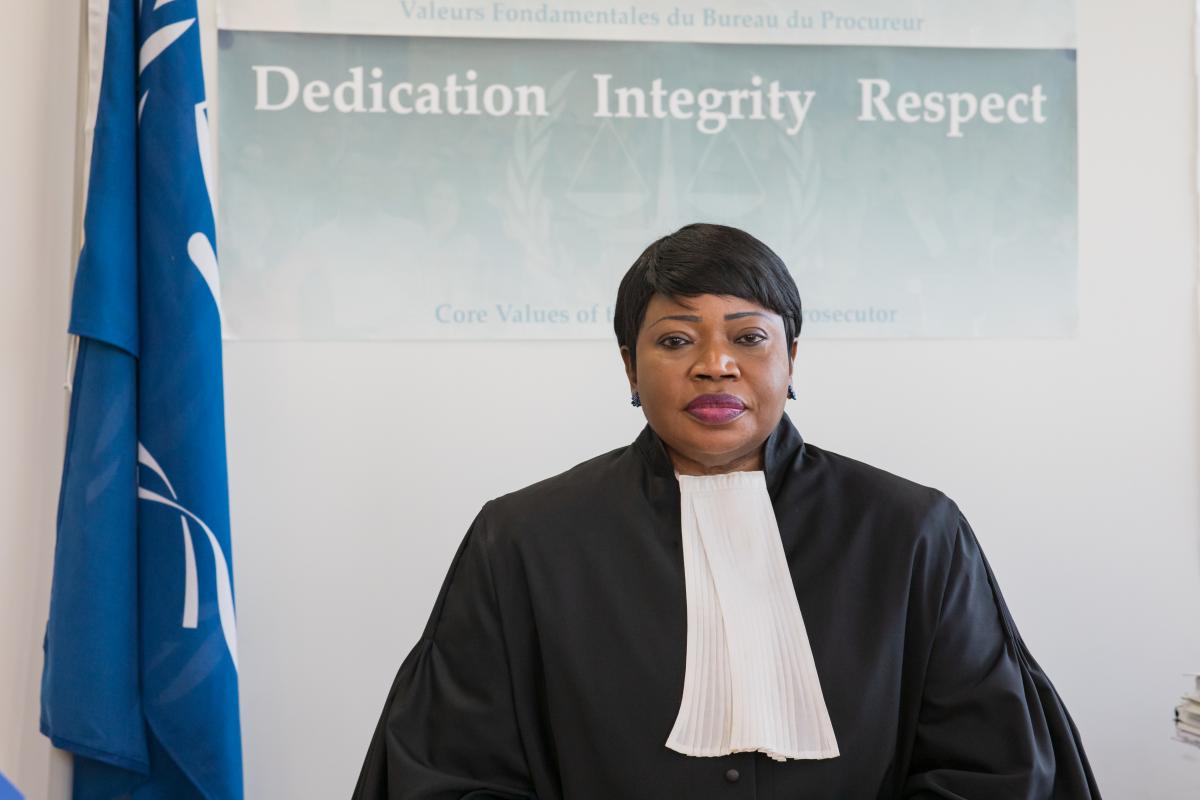 Today, I announce that the preliminary examination into the situation in the Republic of the Philippines ("the Philippines") has concluded and that I have requested judicial authorisation to proceed with an investigation.

As I stated in December 2019, at the annual session of the Assembly of States Parties, before I end my term as Prosecutor of the International Criminal Court ("ICC" or the "Court"), I intend to reach determinations on all situations that have been under preliminary examination during my tenure, as far as I am able to do so in accordance with my obligations under the Rome Statute. In that statement, I also indicated the high likelihood that several preliminary examinations would progress to the investigative stage.

The situation in the Philippines has been under preliminary examination since 8 February 2018. During that time, my Office has been busy analysing a large amount of publicly available information and information provided to us under article 15 of the Statute. On the basis of that work, I have determined that there is a reasonable basis to believe that the crime against humanity of murder has been committed on the territory of the Philippines between 1 July 2016 and 16 March 2019 in the context of the Government of Philippines "war on drugs" campaign. The Office does not take a position on any government's internal policies and initiatives intended to address the production, distribution and consumption of psychoactive substances within the parameters of the law and due process of law, and in the present case, it is duly acting strictly in accordance with its specific and clearly defined mandate and obligations under the Statute. Following a thorough preliminary examination process, the available information indicates that members of the Philippine National Police, and others acting in concert with them, have unlawfully killed between several thousand and tens of thousands of civilians during that time. My Office has also reviewed information related to allegations of torture and other inhumane acts, and related events as early as 1 November 2011, the beginning of the Court's jurisdiction in the Philippines, all of which we believe require investigation.

Aware of the complex operational challenges that will be faced by the Office if an investigation is authorised by the Pre-Trial Chamber, we have also been taking a number of measures to collect and preserve evidence, in anticipation of a possible investigation. These steps have been taken within the scope of the statutory powers entrusted to the Prosecutor by the Rome Statute at the preliminary examination stage, and where appropriate, we have sought and obtained judicial authorisation to do so. Indeed, in recent years, Pre-Trial Chambers of the Court have increasingly stressed the importance of utilising the full range of powers that may be available to the Court prior to the initiation of an investigation to preserve evidence and protect persons who may be at risk. We have acted diligently in conformity with this judicial guidance.

Having reached this determination and implemented these measures, some of which were delayed by the onset of the global pandemic, on 12 April 2021, I notified the Presidency of my intention to file a request pursuant to article 15 of the Statute, which I proceeded to file on 24 May 2021. Today, I have filed a public redacted version of the request, in the interests of transparency and also to provide notice to the victims as foreseen in rule 50(1) of the Rules of Procedure and Evidence of the Court.

Although the withdrawal of the Philippines from the Rome Statute of the ICC took effect on 17 March 2019, as the Court has previously found in the context of the Burundi situation, the Court retains jurisdiction over crimes that are alleged to have occurred on the territory of that State during the period when it was a State Party to the Rome Statute. Moreover, these crimes are not subject to any statute of limitation.

My term as Prosecutor will end shortly. Any authorised investigation in the Philippines will fall to my able successor, Mr Karim Khan, to take forward. In this context, it is clear that how the Office, under his leadership, will set priorities concerning this investigation will need to take into account the operational challenges arising from the continuing pandemic, the severe limitations on the ICC's available resources, and the Office's current heavy work commitments. Indeed, these considerations have been a key component of the discussions I have had with my successor, respecting the transition and handover of the Office's workload.

As I stated many times before, the Court today stands at a cross-roads in several concurrent situations, where the basis to proceed is legally and factually clear, but the operational means to do so are severely lacking. It is a situation that requires not only prioritization by the Office, which is constantly being undertaken, but also open and frank discussions with the Assembly of States Parties, and other stakeholders of the Rome Statute system, on the real resource needs of the Court that will allow it effectively to execute its statutory mandate. There is a serious mismatch between situations where the Rome Statute demands action by the Prosecutor and the resources made available to the Office. As the end of my term approaches, I reiterate my call for a broader strategic and operational reflection on the needs of the institution, and what it is intended to achieve - in short, an honest reflection on our collective responsibility under the Rome Statute to advance the fight against impunity for atrocity crimes. The victims of these egregious crimes deserve nothing less.

The Office of the Prosecutor of the ICC conducts independent and impartial preliminary examinations, investigations and prosecutions of the crime of genocide, crimes against humanity, war crimes and the crime of aggression. Since 2003, the Office has been conducting investigations in multiple situations within the ICC's jurisdiction, namely in Uganda; the Democratic Republic of the Congo; Darfur, Sudan; the Central African Republic (two distinct situations); Kenya; Libya; Côte d'Ivoire; Mali; Georgia, Burundi; Bangladesh/Myanmar, Afghanistan (subject to a pending article 18 deferral request) and Palestine. The Office is also currently conducting preliminary examinations relating to the situations in Bolivia; Colombia; Guinea; Venezuela I; and Venezuela II; and has completed its preliminary examinations of the situations in Ukraine and Nigeria, which are pending requests to seek authorisation to proceed to investigation, and in the situation in the Philippines, which is pending judicial authorisation.