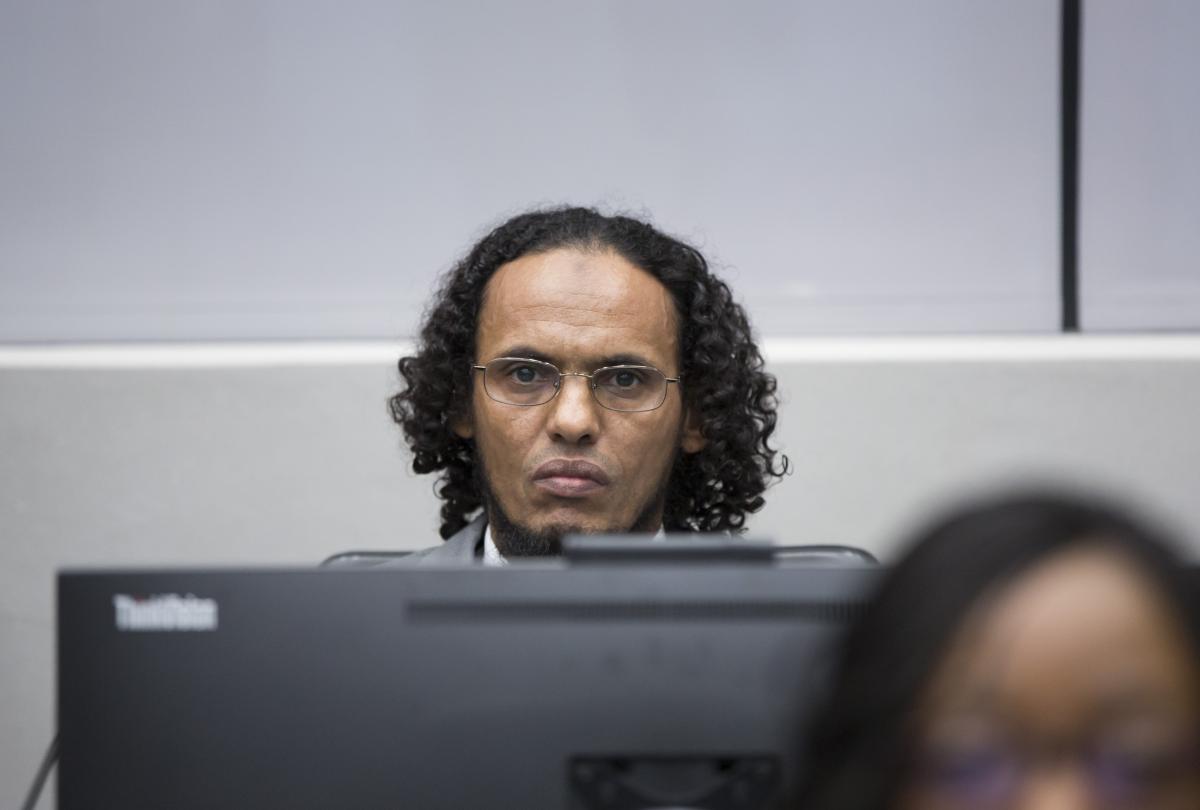 Today, 27 September 2016, Trial Chamber VIII of the International Criminal Court (ICC) delivered its Judgment in the case of The Prosecutor v. Ahmad Al Faqi Al Mahdi. The Chamber unanimously found Mr Al Mahdi guilty beyond reasonable doubt as a co-perpetrator of the war crime consisting in intentionally directing attacks against religious and historic buildings in Timbuktu, Mali, in June and July 2012. The Chamber sentenced Mr Al Mahdi to nine years' imprisonment. The time he has spent in detention since his arrest upon the ICC warrant issued on 18 September 2015 will be deducted from the sentence.

On 22 August 2016, at the opening of the trial, Mr Al Mahdi admitted guilt to the war crime consisting in attacking 10 historic and religious monuments in Timbuktu, Mali, between around 30 June 2012 and 11 July 2012. In its Judgment, the Chamber was satisfied that the Accused understands the nature and consequences of the admission of guilt and that his admission was voluntarily made after sufficient consultation with Defence counsel and is supported by the facts of the case.

In January 2012, a non-international armed conflict took place in the territory of Mali. In the context of and in relation to that conflict, armed violence took place and led to different armed groups taking control of the north of the country. In early April 2012, following the retreat of Malian armed forces, the groups Ansar Dine and Al-Qaeda in the Islamic Maghreb (AQIM) took control of Timbuktu. From then until January 2013, Ansar Dine and AQIM imposed their religious and political edicts on the territory of Timbuktu and its people. They did so through a local government, which included an Islamic tribunal, an Islamic police force, a media commission and a morality brigade called the Hesbah.

Mr Al Mahdi was viewed as an expert on matters of religion, and was consulted in this capacity, including by the Islamic tribunal. Mr Al Mahdi was very active in aspects of the Ansar Dine and AQIM administration. He led the Hesbah from its creation in April 2012 until September 2012 and wrote a document on its role and objectives.

In late June 2012, the leader of Ansar Dine – Iyad Ag Ghaly – made the decision to destroy the mausoleums, in consultation with two prominent AQIM members – Abdallah Al Chinguetti and Yahia Abou Al Hamman. Mr Al Mahdi was also consulted by the governor of Timbuktu, Abou Zeid, before this decision was made and expressed his opinion that all Islamic jurists agree on the prohibition of any construction over a tomb, but recommended not destroying the mausoleums so as to maintain relations between the population and the occupying groups. Nevertheless, Ag Ghaly gave the instruction to proceed to Abou Zeid, who in turn transmitted it to Mr Al Mahdi in his capacity as the chief of the Hesbah. Despite his initial reservations, Mr Al Mahdi agreed to conduct the attack without hesitation on receipt of the instruction. Mr Al Mahdi wrote a sermon dedicated to the destruction of the mausoleums, which was read at the Friday prayer at the launch of the attack. He personally determined the sequence in which the buildings were to be attacked.

The attack itself was carried out between around 30 June 2012 and 11 July 2012. Ten of the most important and well-known sites in Timbuktu were attacked and destroyed by Mr Al Mahdi and other individuals. All these sites were dedicated to religion and historic monuments, and were not military objectives.

In respect of the role played by Mr Al Mahdi, the Chamber considered that Mr Al Mahdi's contributions collectively qualify as essential.

The Chamber found that Mr Al Mahdi knew that he exercised joint control over the attack and was fully implicated in its execution. He was the head of the Hesbah, one of four primary institutions established by Ansar Dine and AQIM upon occupying Timbuktu. He had overall responsibility for the execution phase of the attack, supervising the execution of the operations, using the Hesbah's members and determining the sequence in which the buildings would be destroyed, making the necessary logistical arrangements and justifying the attack to the broader world through media interviews. He also was present at all of the attack sites, giving instructions and moral support, and he personally participated in the attack that led to the destruction of at least five sites.

To determine the nine-year sentence, the Chamber took into consideration the gravity of the crime, Mr Al Mahdi's culpable conduct and his individual circumstances. The Chamber also noted that, even if inherently grave, crimes against property are generally of less gravity than crimes against persons. The Chamber also considered that the targeted buildings were not only religious buildings but had also a symbolic and emotional value for the inhabitants of Timbuktu. The mausoleums of saints and mosques of Timbuktu were an integral part of the religious life of its inhabitants and constitute a common heritage for the community. They reflected their commitment to Islam and played a psychological role to the extent of being perceived as protecting the people of Timbuktu. Furthermore, all the sites but one were UNESCO World Heritage sites. As such, the attacks on them appear to be of particular gravity as their destruction does not only affect the direct victims of the crimes but also people throughout Mali and the international community.

In order to sufficiently and adequately reflect the moral and economic harm suffered by the victims of the case and fulfil the objectives of sentencing, the Chamber imposed a sentence that it deemed  proportionate to the gravity of the crime and the individual circumstances and culpability of Mr Al Mahdi.

On 24 March 2016, ICC Pre-Trial Chamber I confirmed against Ahmad Al Faqi Al Mahdi the war crime charge concerning attacks against historic and religious monuments in Timbuktu, Mali, and committed Mr Al Mahdi to trial. He was a member of Ansar Dine, a movement associated with AQIM, and had worked closely with the leaders of the two armed groups in the context of the structures and institutions they established. Until September 2012, he was the head of the Hesbah (a body set up in April 2012 to uphold virtue and prevent vice). He was also associated with the work of the Islamic tribunal of Timbuktu and involved in executing its decisions. The warrant of arrest against him was issued by ICC Pre-Trial Chamber I on 18 September 2015 and he was surrendered to the ICC on 26 September 2015.

Summary of the verdict and sentence in the Al Mahdi case

Summary of the verdict and sentence in the Al Mahdi case