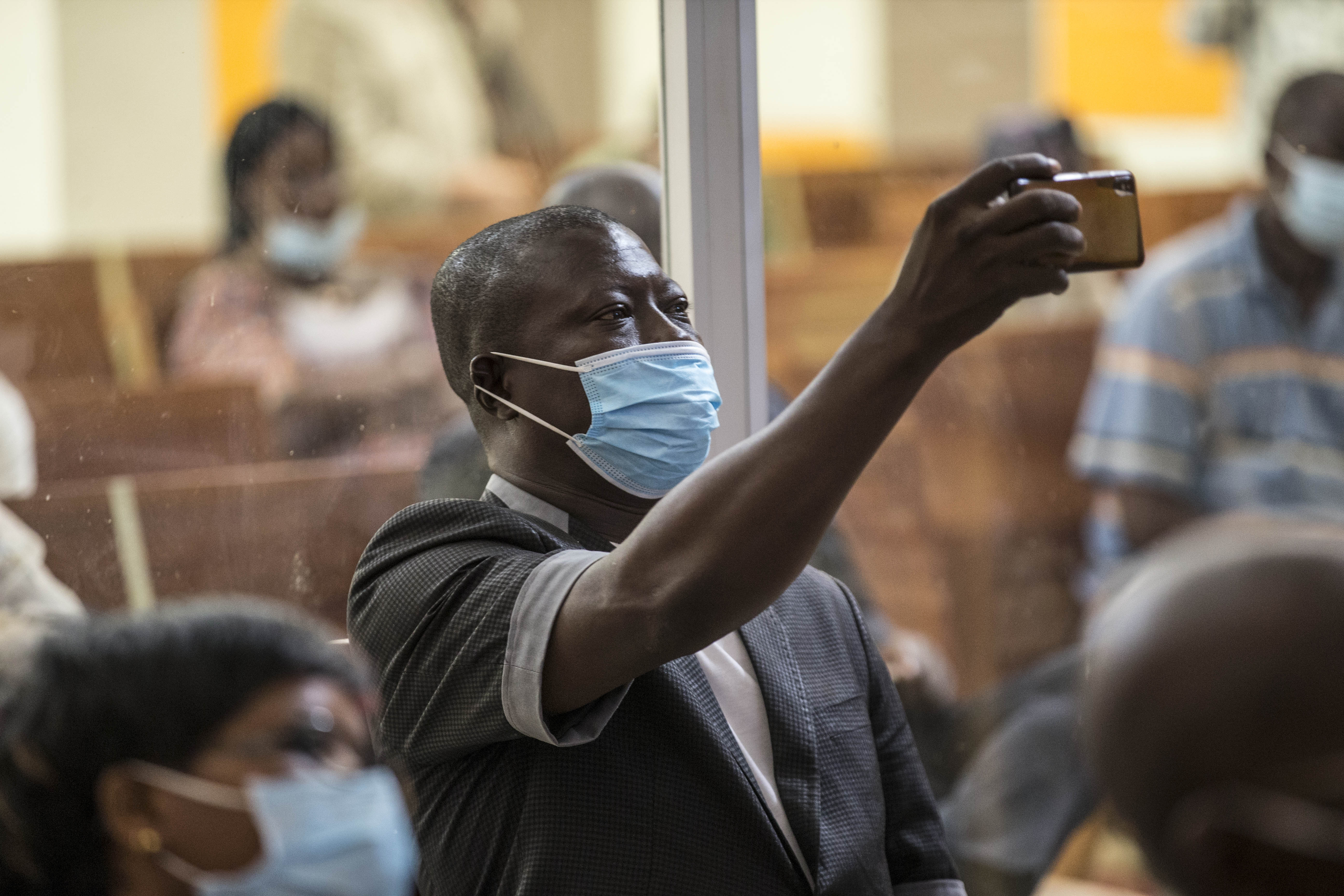 Everyone – from general public, to media, to the NGO sector – everyone in the Central African Republic was waiting for the opening statements of the trial in the case of Alfred Yekatom and Patrice-Edouard Ngaïssona, on 16 February 2021 at the seat of the International Criminal Court. The two alleged former leaders of the Anti-Balaka movement are charged with war crimes and crimes against humanity allegedly committed in late 2013, and throughout 2014, in various locations in the Central African Republic (CAR). At the moment, the Prosecution is calling its witnesses.

A few months later, I reflect on our main task at the time, and at the moment: making sure information coming from the courtroom in The Hague, thousands of kilometres away, reaches those interested in the Central African Republic.

One would think that in the age of the Internet, that wouldn’t be such a problem. But Internet isn’t available everywhere and at all times. For the opening of the trial, we needed to go the extra mile to find a way how to broadcast it: for those in the remote areas, but also in Bangui – while the number of COVID-19 cases kept on rising, and following the December 2020 bursts of violence, shaking the soil of the Central African Republic.

It seemed as if the odds were against the public following the trial.

Many journalists and members of the civil society had daily contacts with the Court, in order to follow the schedule of the trial but also to find out about the ways to follow the proceedings. 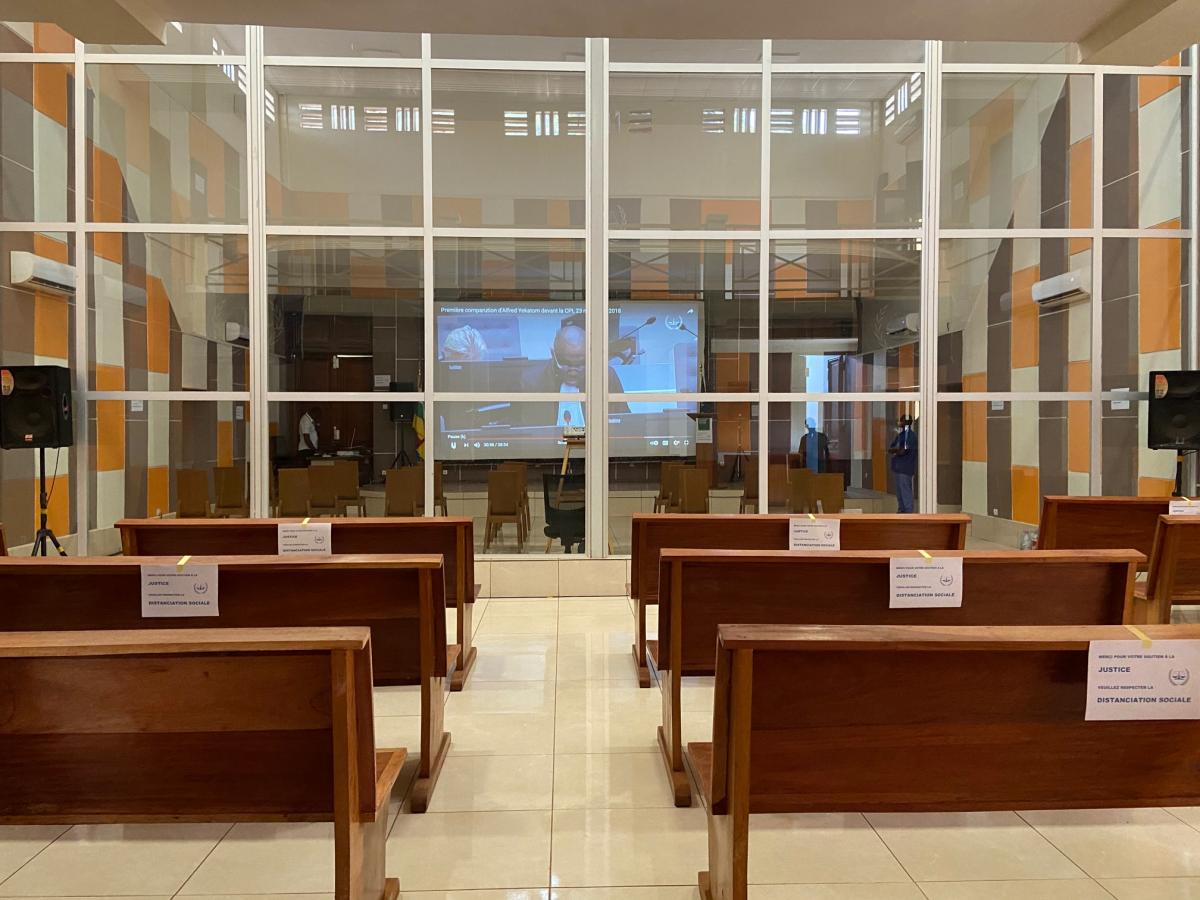 On our side, we had to find a way and a place where to stream the trial. We needed a trusted partner – and found it at the Special Criminal Court.

The ICC office in CAR, whenever possible, and having in mind the independence of each jurisdiction, regularly coordinates activities with the national jurisdictions and the Special Criminal Court. The latter is a hybrid court, composed of international and national magistrates, established by the United Nations and the Central African government. They all contribute to transitional justice and reconciliation in CAR. The three independent  jurisdictions – the ICC, the Special Criminal Court, and national jurisdictions – together with other legal entities in the country, all work for justice in CAR. Our communication efforts with each other serve the same goal: to end impunity. 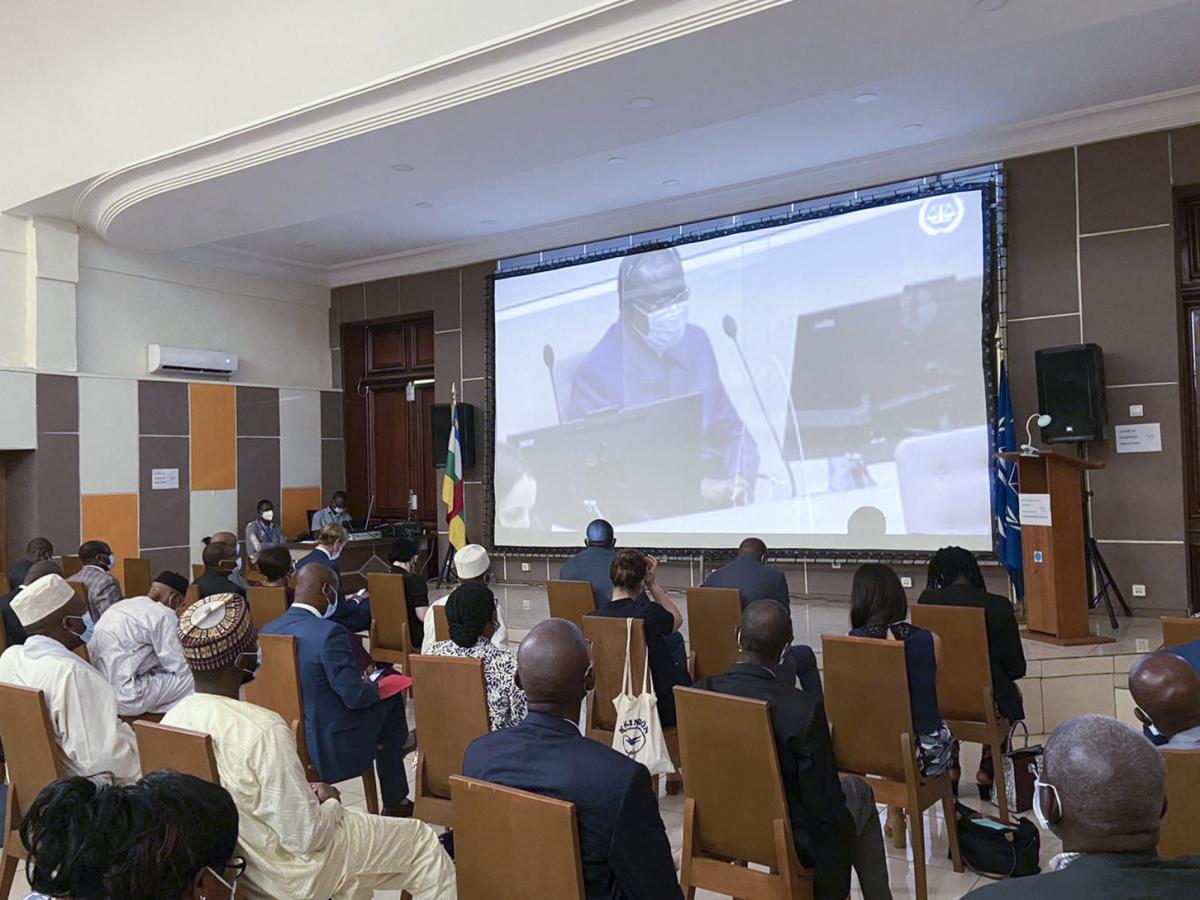 On the day of the opening statements, more than 130 people gathered at the Special Criminal Court in Bangui. Representatives of victims’ associations, members of international organisations and national institutions, as well as journalists, all followed the live web-streaming of the opening statements, despite the thousands of kilometres separating them from the Courtroom in the Hague.

The room was filled with emotion. The audience  was bursting as the Prosecution was listing the charges, one by one. The statements of the Defence and of the Legal representatives of victims followed, and those present kept on listening with the same attention. 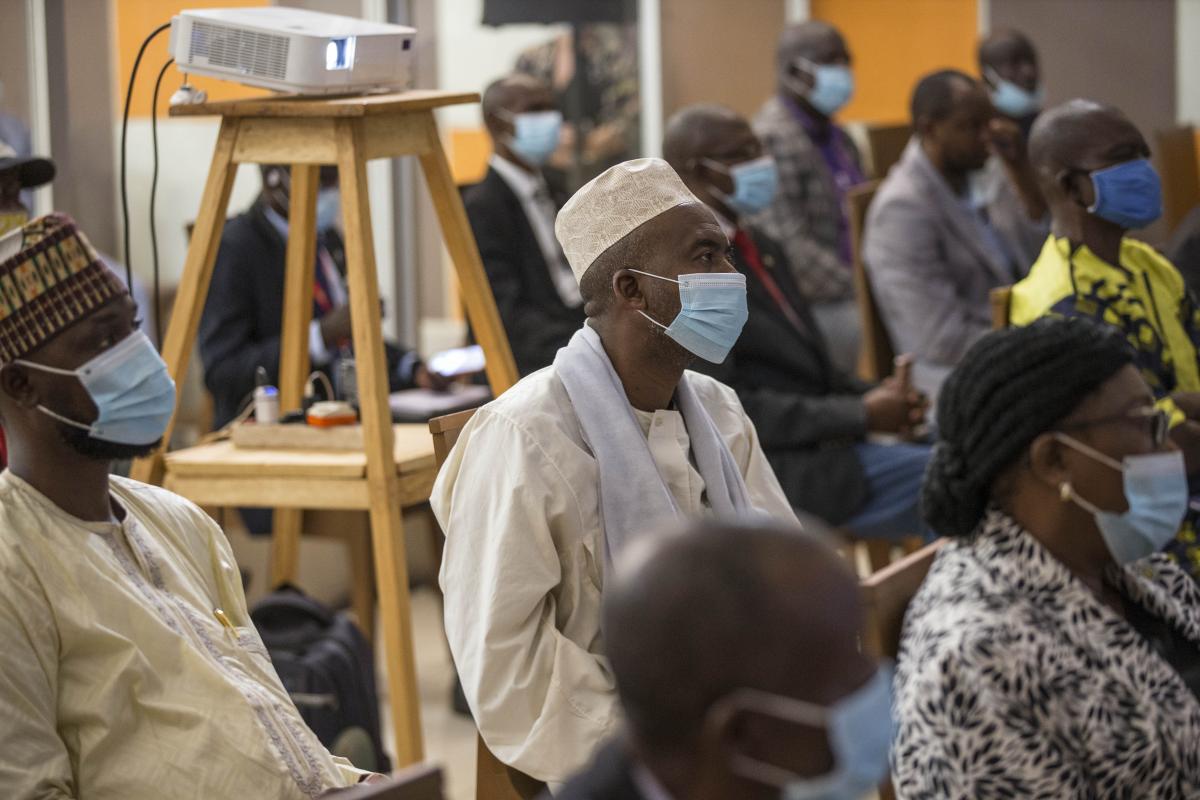 “The opening of the trial is the first step in establishing the truth of what happened”, visitors told us later on.

“The trial will give hope to those who don’t always trust justice: We can see in our [victims’] associations that members are at times discouraged. The length of the proceedings is what is concerning to them. I do think, however, that with the trial starting, we will be able to tell them that the wheels of justice have started turning”, one of the visitors from the victims’ association added. 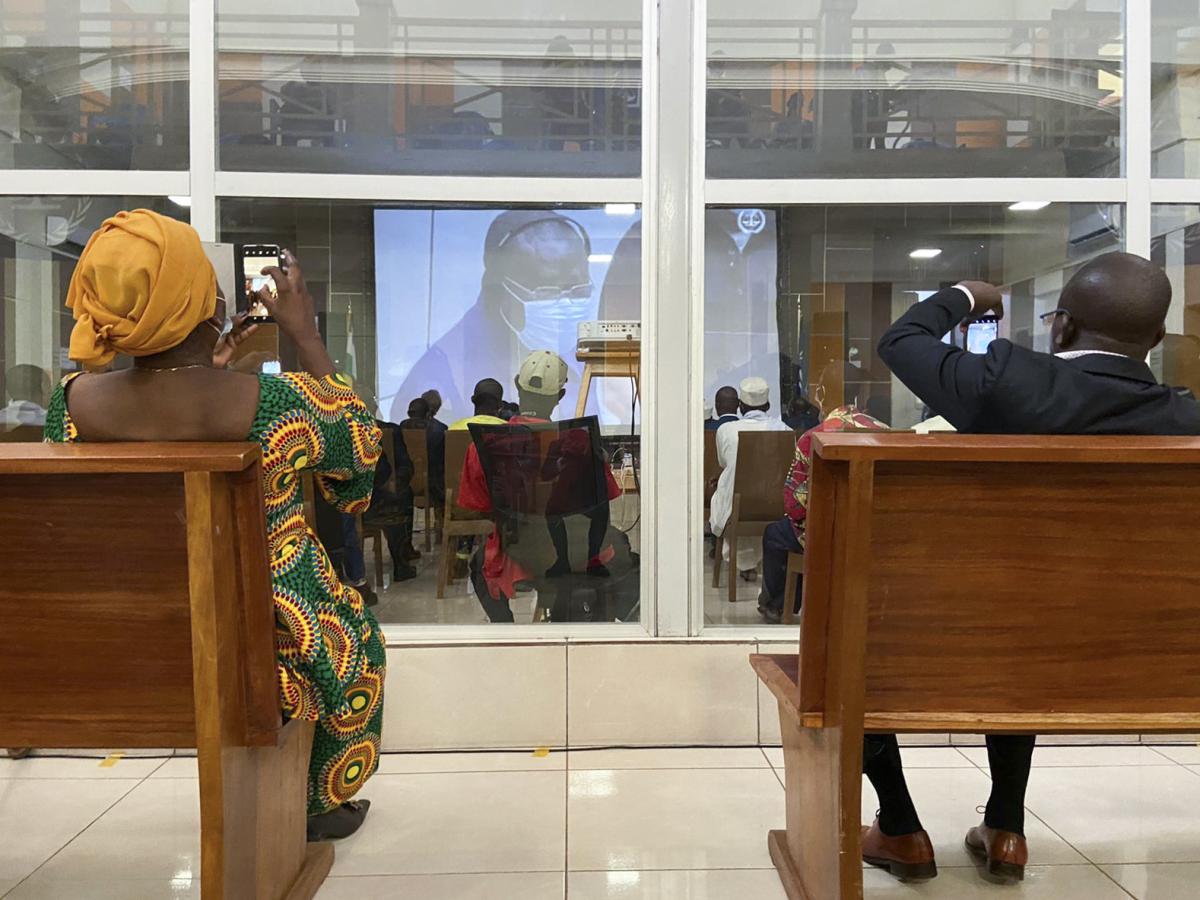 The big screen mounted in the hearings room of the Special Criminal Court for the streaming of the trial was part of an ongoing campaign, “Le Grand Débat sur la Justice”, crafted to enable access to information to all. This campaign became known through radio programmes and was advertised on billboards across Bangui and its surroundings. It is yet another way to bridge the gap between the seat of the Court and the public in Central African Republic.

A few months later, I am asking myself: despite the distance, despite the pandemic, did we succeed in our task to enable access to information. Hearing the voices of victims and their thirst for justice, I think we did. 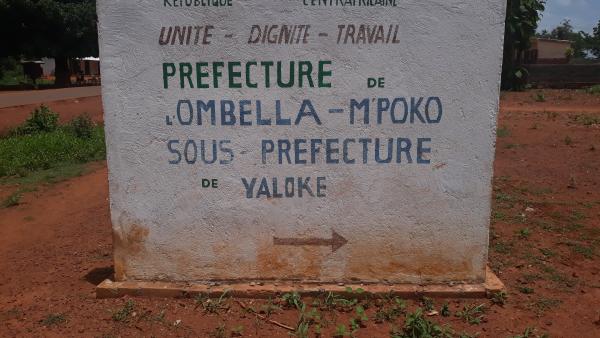 Following the sound of megaphone in Yaloké

Yaloké was the final destination on our three-week long mission to the South-West of the Central African Republic. 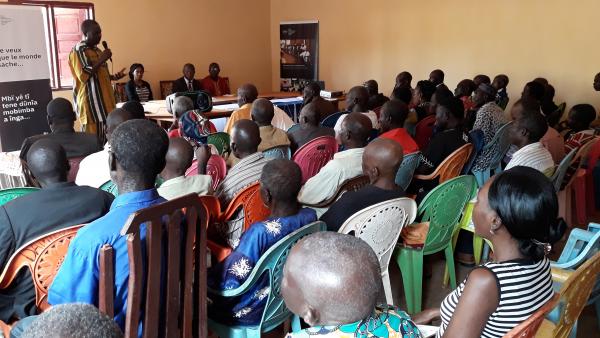 Listening to radio broadcast on Court-related topics is one thing, but talking directly with ICC The ICC collaborates with and supports all initiatives to fight the impunity...