Mr Yekatom and Mr Ngaïssona during the opening of their trial on 16 February 2021. ©ICC-CPI<br>

The trial is scheduled to resume on 15 March 2021, when the Prosecution will begin to present its evidence and call its witnesses before the judges.

Due to the current situation linked to Covid-19, some of the hearing's participants took part via video-link. The public gallery was also open to a limited number of representatives of the media, the diplomatic community, and the public. 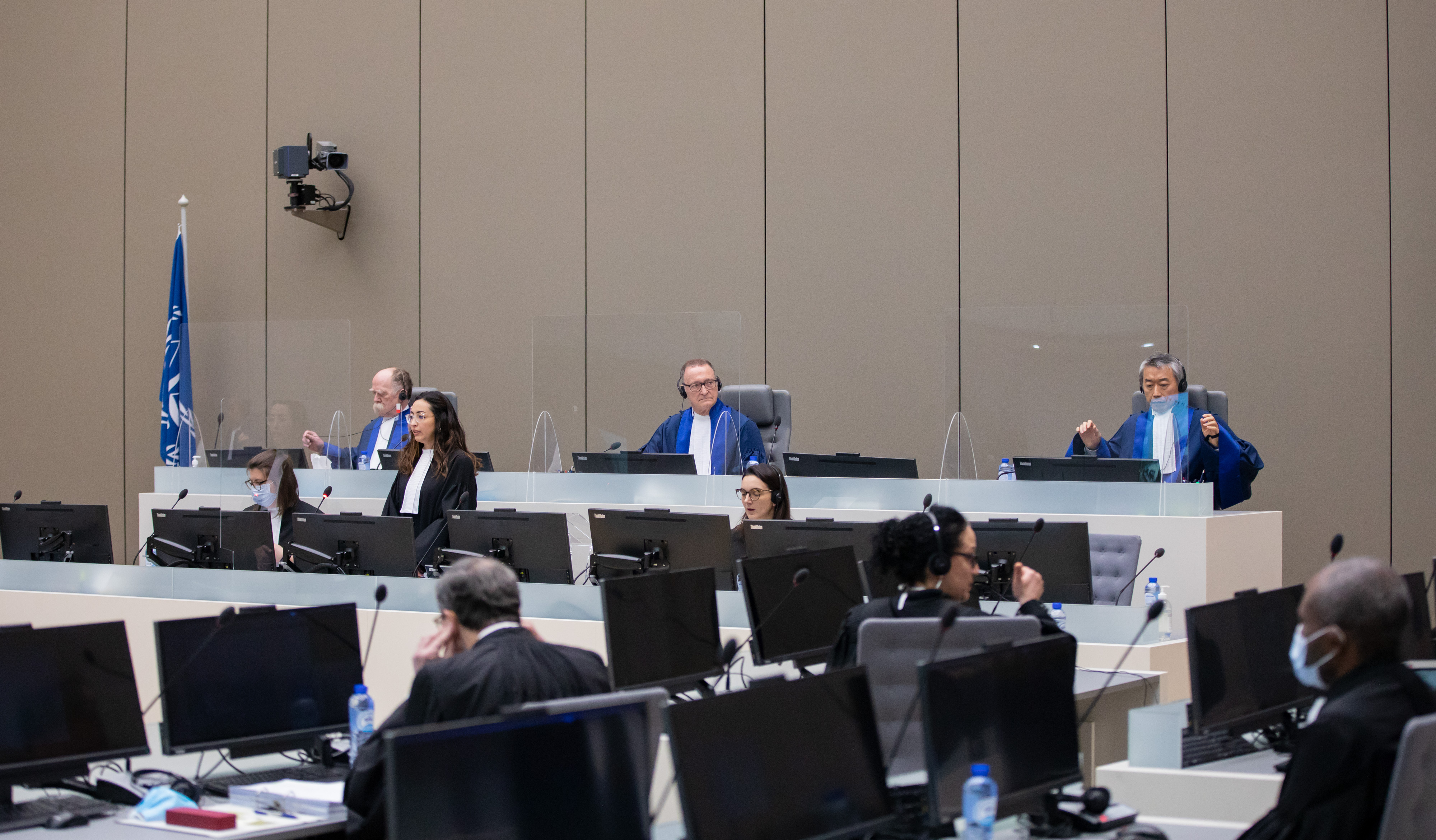