Skip to main content
Statement of the Prosecutor of the International Criminal Court, Fatou Bensouda, following the surrender and transfer of alleged militia leader, Ali Muhammad Ali Abd-Al-Rahman, also known as Ali Kushayb, to the Court

Statement of the Prosecutor of the International Criminal Court, Fatou Bensouda, following the surrender and transfer of alleged militia leader, Ali Muhammad Ali Abd-Al-Rahman, also known as Ali Kushayb, to the Court 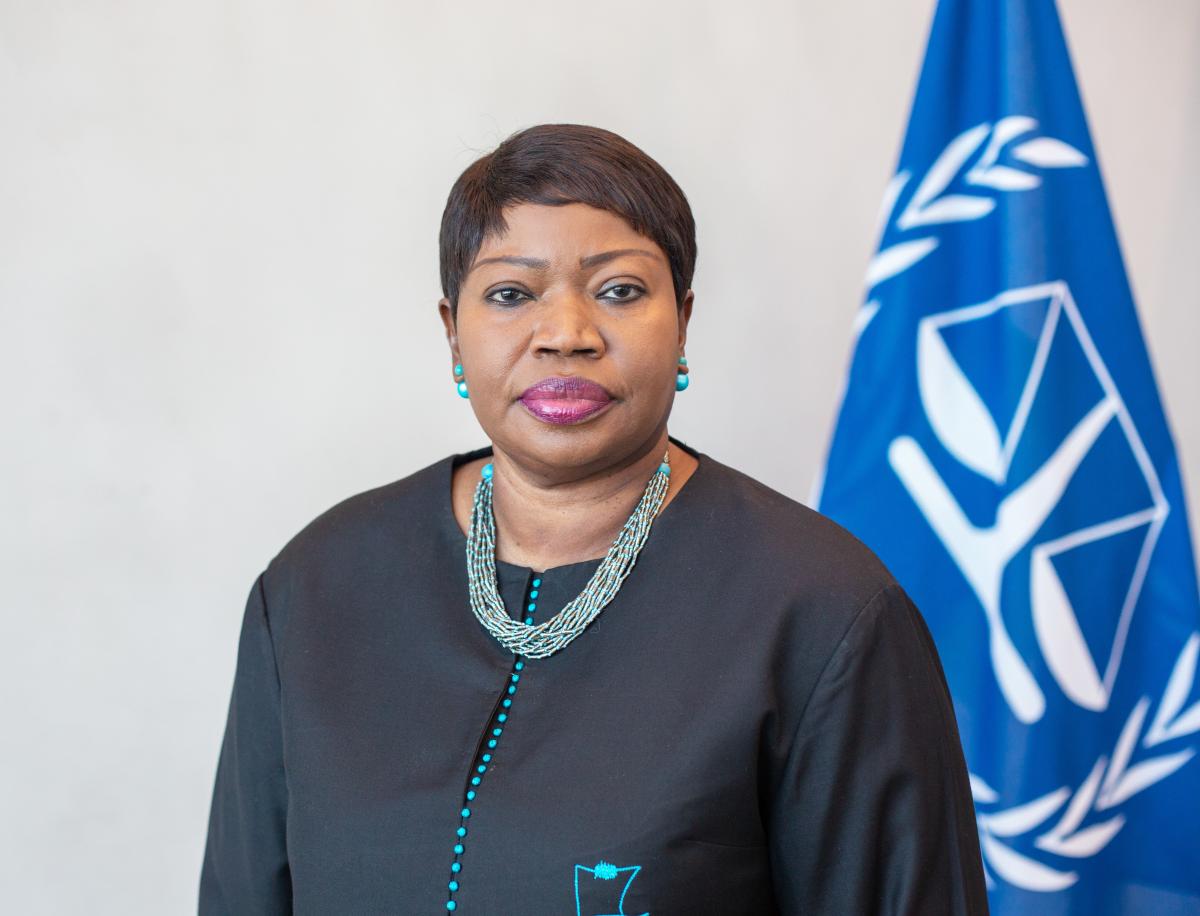 Today, a milestone has been reached in the Darfur, Sudan situation with the surrender and transfer of Mr Ali Kushayb, an alleged leader of the "Janjaweed" militia, to the custody of the International Criminal Court ("ICC" or the "Court").

I also express my appreciation to my dedicated team, along with colleagues from the Registry, whose tireless efforts in the exercise of our respective independent mandates, contributed to today's development and successful transfer to the Court. Today's outcome was achieved notwithstanding the complexities of the operation, not least in the midst of added complications presented while operating in the COVID-19 pandemic context.  I am truly grateful for the professionalism and dedication of all colleagues who contributed to this effort.

It will be recalled that on 31 March 2005, the United Nations Security Council referred the situation in Darfur, Sudan since 1 July 2002 to the Prosecutor of the ICC, in Resolution 1593 (2005). The Prosecution's investigation into the situation in Darfur began in June 2005. On 27 April 2007, the Judges of Pre-Trial Chamber I of the ICC issued a warrant of arrest against the suspect, Mr Ali Kushayb.

Mr Kushayb's surrender and transfer, almost two decades after his alleged crimes, is a powerful and sombre reminder that the victims of atrocity crimes in the Darfur region of Sudan have waited too long to see justice done. The victims in the Darfur situation deserve to finally have their day in court.

The suspect's transfer to the Court also sends a clear and unequivocal message that no matter how long it takes or the obstacles placed in our path, my Office will not stop until the alleged perpetrators of Rome Statute crimes are brought to justice. Indeed, while many had either abandoned hope in the situation or actively sought to stifle progress, we maintained our focus and perspective, never giving up on our investigations despite cooperation challenges, and building the necessary networks and partnerships. These efforts have culminated in today's outcome.   Our commitment has been and remains unwavering.

The investigation conducted by my Office demonstrates that between 2003 and 2004, Ali Kushayb, a senior militia leader in West Darfur, allegedly commanded thousands of "Janjaweed" militia to implement a counter-insurgency strategy by the then Government of Sudan, which resulted in the commission of alleged war crimes and crimes against humanity in the Darfur region of Sudan.

The Court's judicial proceedings will now follow in accordance with the requirements of the Rome Statute, and with full respect for the due process rights of the suspect, under the guidance and authority of ICC judges.

I also seize this occasion to reiterate my call on Sudan's authorities to ensure tangible justice for the victims in Darfur without undue delay. All the five remaining arrest warrants in the Darfur situation, against Messrs Omar Al Bashir, Abdel Raheem Hussein, Ahmad Harun and Abdallah Banda, remain in force. As such, the Government of Sudan remains under a legal obligation to transfer the four remaining suspects to the Court to stand trial.

Alternatively, under the Rome Statute, Sudan can demonstrate to the Judges of the Court that it is genuinely investigating and prosecuting the four remaining suspects for substantially the same criminal conduct alleged in their respective ICC arrest warrants.

Governed by the requirements of the Rome Statute, all Darfur suspects against whom ICC  warrants have been issued must be brought to justice through genuine proceedings either in a courtroom in Sudan or at the Court in The Hague. To this end, pursuant to the principle of complementarity and my mandate as ICC Prosecutor, I welcome dialogue with the Government of Sudan.

I will continue to do everything in my power under the Rome Statute to secure justice for the victims in the Darfur situation. Ending impunity for atrocity crimes is also essential to achieve durable peace and security in Darfur.

For victims of atrocity crimes and affected communities in many conflict situations around the world, the ICC represents a last beacon of hope for independent and impartial justice. Today's development is significant also in that context, and embodies the resilience, tenacity and reach of justice, as well as the crucial importance of the ICC in the global fight against impunity.

The Office of the Prosecutor of the ICC conducts independent and impartial preliminary examinations, investigations and prosecutions of the crime of genocide, crimes against humanity, war crimes and the crime of aggression. Since 2003, the Office has been conducting investigations in multiple situations within the ICC's jurisdiction, namely Burundi; Côte d'Ivoire; Darfur (Sudan); Georgia; Kenya; Libya; Mali; Uganda; the Central African Republic (two distinct situations); the Democratic Republic of the Congo; the People's Republic of Bangladesh/Republic of the Union of Myanmar; and Afghanistan. The Office is also conducting preliminary examinations relating to the situations in Colombia; Guinea; Iraq/UK; Nigeria, the Philippines; Ukraine and Venezuela; whilst the situation in Palestine is pending a judicial ruling.