Skip to main content
Statement of ICC Prosecutor, Karim A.A. Khan QC upon conclusion of his visit to Khartoum and Darfur: “Together we must ensure that our initial steps towards justice are not a false dawn”

Statement of ICC Prosecutor, Karim A.A. Khan QC upon conclusion of his visit to Khartoum and Darfur: “Together we must ensure that our initial steps towards justice are not a false dawn” 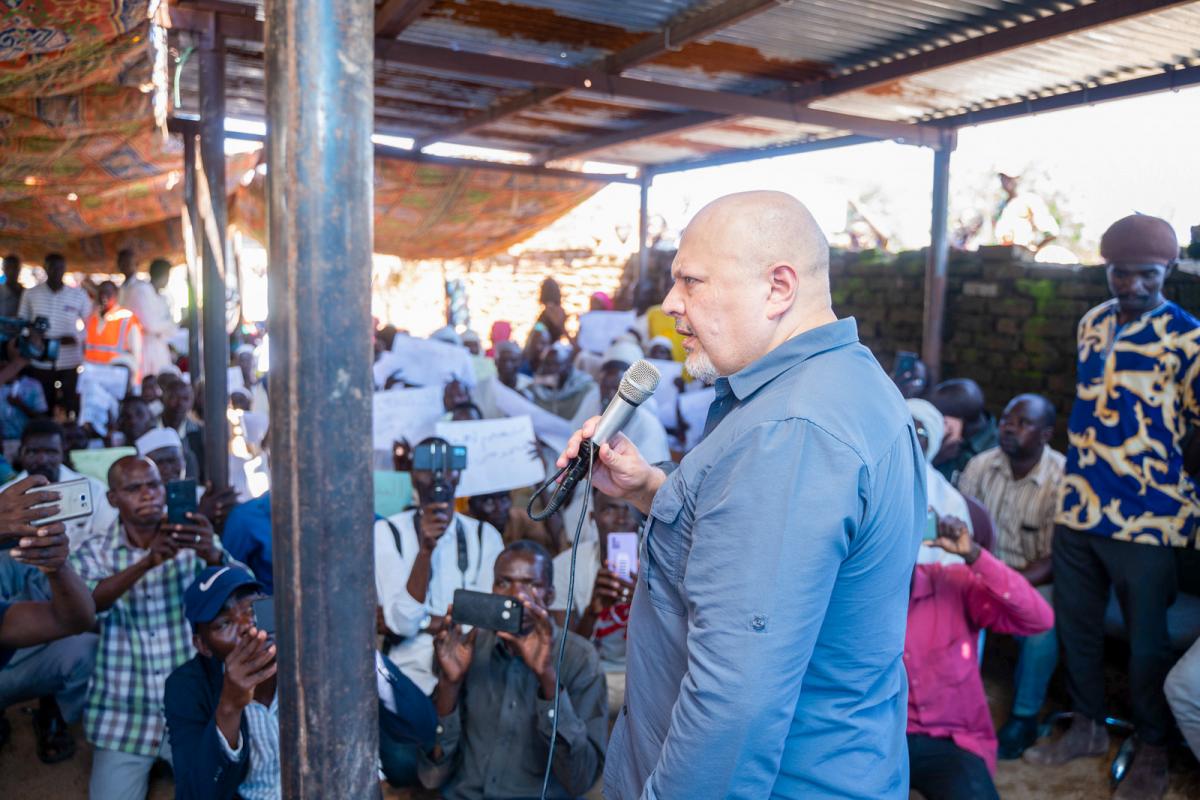 I have now returned to the International Criminal Court in The Hague following completion of my second visit to Sudan.

My mission allowed me to engage directly with survivors and affected communities and see what the recent progress we have made towards justice in Darfur means to them. It has also shown how much more we must now do together to deliver meaningfully on the promises of accountability that were made almost two decades ago.

In the Darfur towns of Nyala and Zalingei, my team and I were received with tremendous generosity by the communities that have now spent almost 20 years in internal displacement camps following the crimes allegedly committed against them.  The trial of Ali Muhammad Ali Abd-Al-Rahman (“Mr Abd-Al-Rahman” or "Ali Kushayb"), the first proceedings at the Court in relation to the Situation in Darfur, which I opened in April this year, has brought real hope for many of those who continue to feel the impact of these crimes in their daily lives.

I wish to express my gratitude to the Governors of South and Central Darfur States, for the support they provided in facilitating our engagement with the communities in Darfur that we ultimately seek to serve through our work.

My feelings on leaving Darfur were mixed. The response to our visit and to the opening of the trial of Mr Abd-Al-Rahman demonstrates the value of our collective work in seeking justice. Even two decades on, it is clear that this moment is of significant importance for those we met with. Yet, I also keenly felt that there is so much more we can do. That, we as an Office and the international community as a whole, have not yet earned the gratitude that was generously expressed by the communities in Darfur. We must use this as a moment of hope to deepen and broaden the process of accountability, including concerning those individuals that remain subject to outstanding arrest warrants issued by the International Criminal Court.

This is the message I took to Khartoum, Sudan.

In my meetings with the Chairman of the Sovereignty Council, General Abdel Fattah Al-Burhan, and the Deputy Chairman of the Sovereignty Council, General Mohamed Hamdan Dagalo, I was clear that full cooperation was now required from the Sudanese authorities in order to progress the cases concerning the remaining suspects in the Darfur situation and ensure the Ali Kushayb trial marks the beginning of a process towards broader justice. Those discussions ended with an unequivocal commitment from General Al-Burhan to support the immediate implementation of the following steps:

I was delighted that Deputy Prosecutor Nazhat Shameem Khan was able to join me in Khartoum, where she met with other senior Sudanese officials including members of the Sovereignty Council, Mr Elhadi Idriss, and Mr Eltahir Hajar; Acting Minister of Justice, Mr Mohamed Saeed Elhilou; Undersecretary of the Ministry of Foreign Affairs, Mr Dafallah Elhaj Ali; Attorney General, Mr Khalifa Ahmed Khalifa; and Governor of Darfur, Mr Suliman Arcua Minnawi. During her visit, Deputy Prosecutor Khan also met with the Darfur Bar Association and civil society organisations, underlining the commitment from my Office to deepen our cooperation with all partners in our efforts to expand accountability in the Situation in Darfur. I take note of the views expressed during those meetings that the ICC should be determined in continuing its investigations and prosecutions related to Darfur. 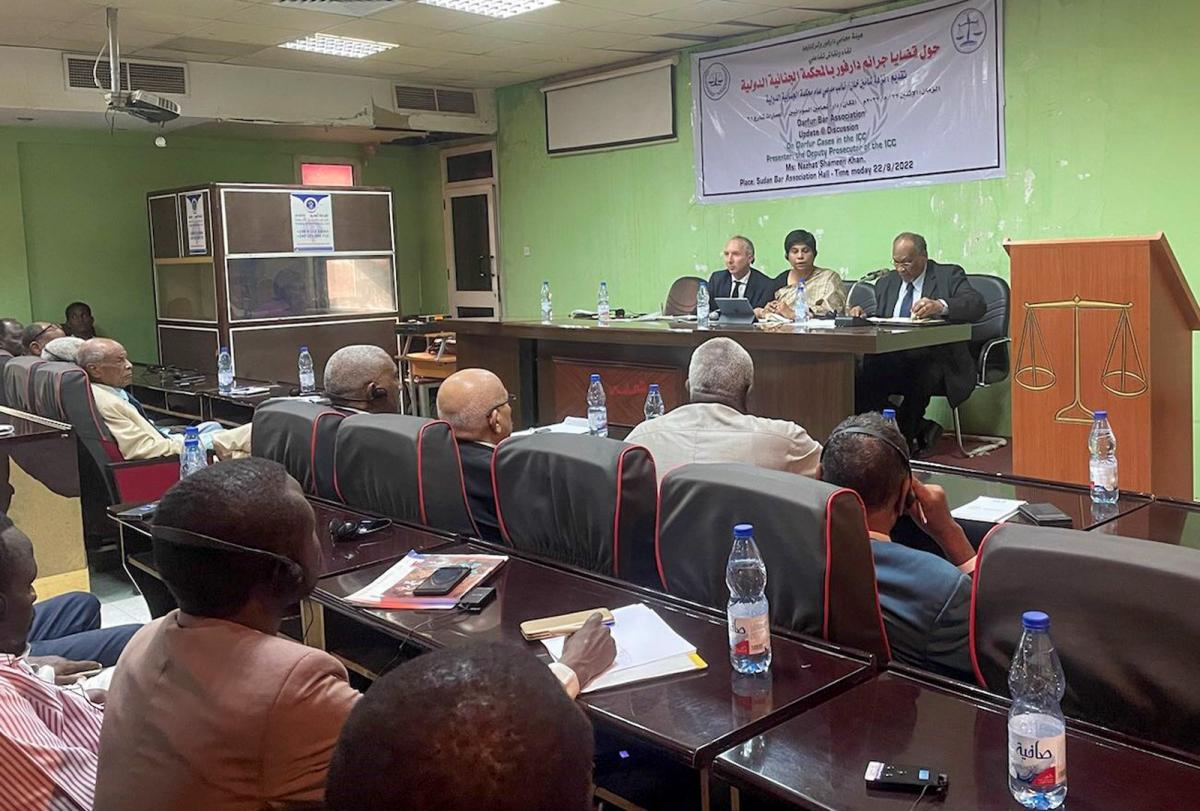 On Tuesday 23 August, it was my honour to brief the United Nations Security Council directly from Khartoum. This was the first ever briefing to the Council by the Prosecutor of the International Criminal Court from a Situation country.  It underlined a message I have been clear on since taking up my position as Prosecutor in June last year.  We can only accelerate our investigative work if we bring ourselves closer to the communities impacted by Rome Statute crimes.

In my briefing to the Council, I emphasised that the need to fully meet  the expectations of the Darfuri survivors and communities is a collective one. That while it may seem at times that the world has forgotten the people of Darfur, they themselves have not forgotten the promise the Security Council and the Court made through Resolution 1593 (2005). I look forward to working with all Council members, and with all relevant States, including Sudan in particular, as we now seek to renew our common work towards justice. 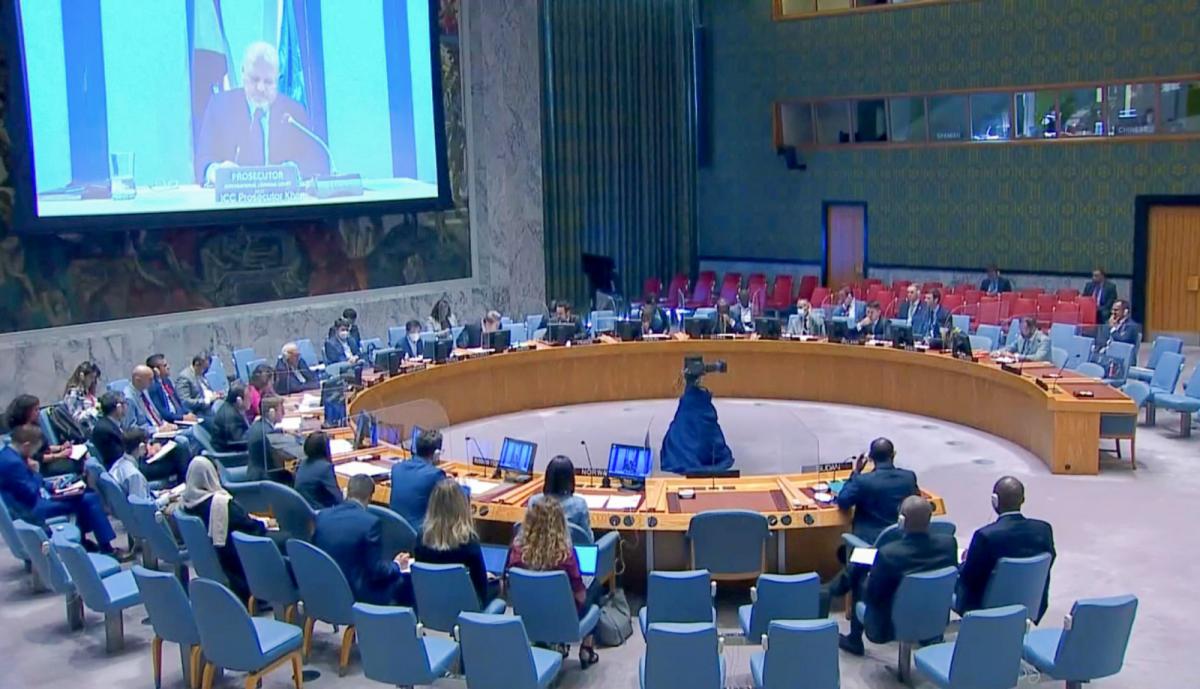 I wish to express my sincere thanks to Special Representative of the Secretary-General for Sudan and Head of United Nations Integrated Transition Assistance Mission in Sudan (UNITAMS), Dr Volker Perthes, as well as the United Nations Development Program (UNDP) in Sudan, for their invaluable support during my visit.