Skip to main content
Statement of the ICC Prosecutor, Fatou Bensouda, on the transition process and related discussions with the Prosecutor Elect

Statement of the ICC Prosecutor, Fatou Bensouda, on the transition process and related discussions with the Prosecutor Elect 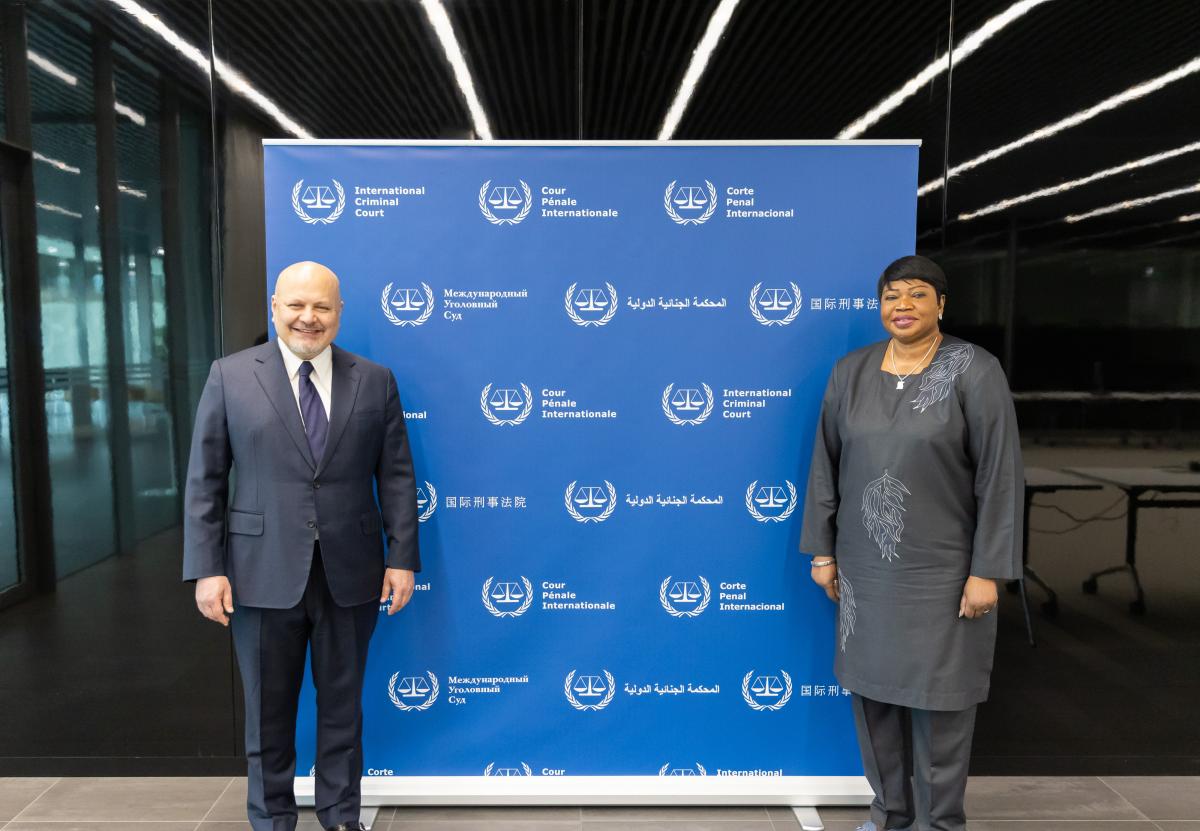 On 12 February 2021, the Assembly of States Parties to the Rome Statute elected Mr Karim Khan, Q.C. to serve as the next Prosecutor of the International Criminal Court ("ICC" or the "Court"). I welcomed the announcement and once again congratulate Mr Khan on his successful candidacy. Mr Khan brings with him a wealth of experience and acumen to lead the Office of the Prosecutor ("OTP" or the "Office") and we welcome him to the post. With the full support of my team, I am committed to ensuring that our colleague, Mr Khan, is in the best position to assume the Office's crucial mandate when he takes office on the 16th of June.

The Office has swiftly moved to put those words into action. Since the results of the election were announced, I have engaged in a series of productive transition discussions with Mr Khan through telephone conversations, virtual meetings and in person. I am grateful to the Prosecutor Elect for his commitment to an effective transition process as well as the strong interest he has already demonstrated in the mandate of the Office and the duties and responsibilities he is about to assume and uphold.

Our discussions to date have touched upon a wide range of issues, from the transition itself to the Court's budget process and the current budget cycle, matters related to human resources, the Independent Expert Review, and the successes secured by the Office, as well as the challenges we confront. I have found the discussions open, rich and productive. I am comforted by the fact that the Prosecutor Elect shares that view.

To facilitate our ongoing discussions and the Office's ability to more freely share information with the Prosecutor Elect, we have also entered into a confidentiality agreement during this transition phase. This will assist us in our goal to ensure Mr Khan is as fully prepared as possible when he officially assumes office. 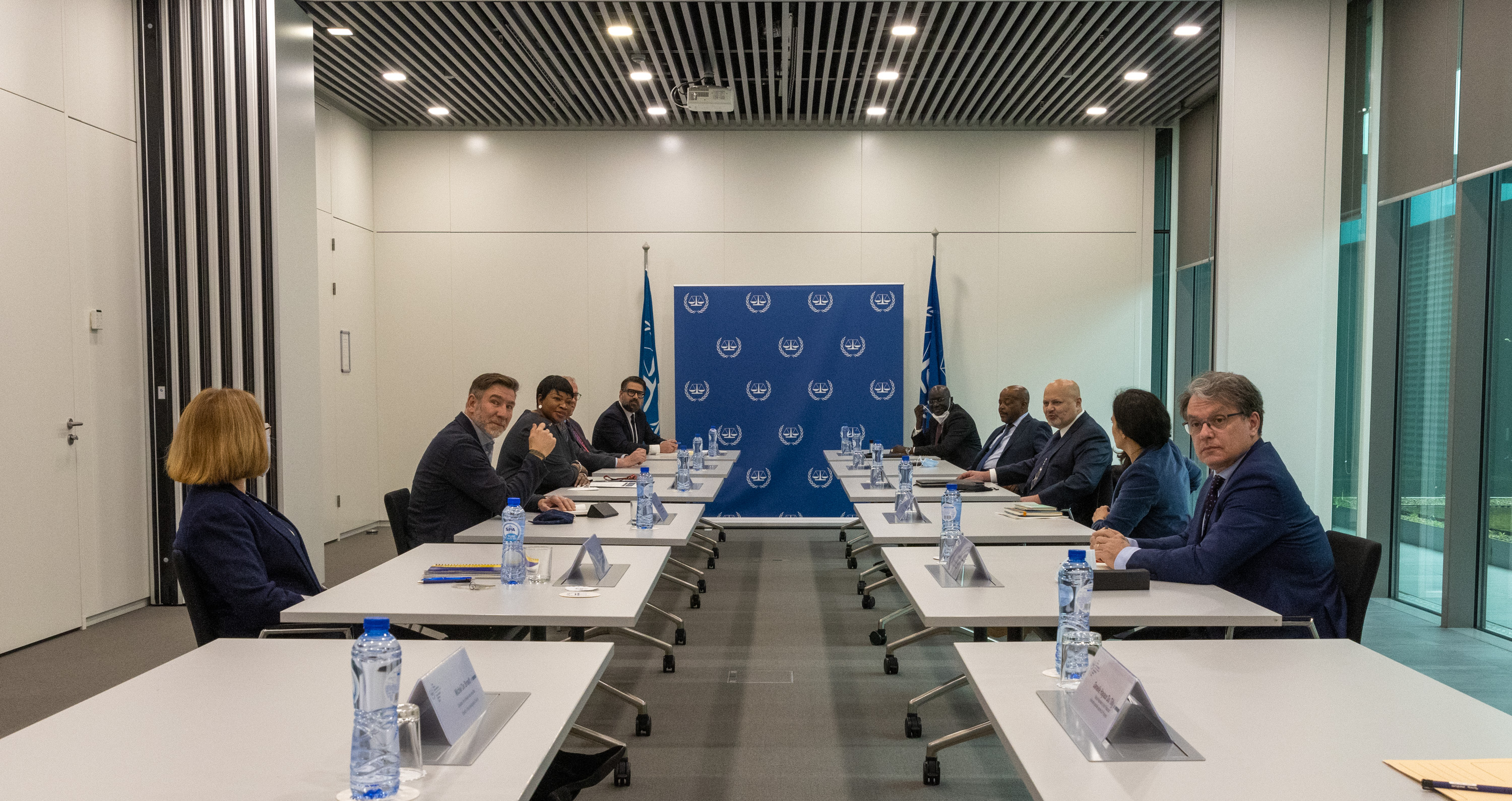 In addition to my own interactions with the Prosecutor Elect, we have arranged a series of meetings with the Office's Senior Management, the OTP's Legal Advisory Section, Services Section, and Information Knowledge & Evidence Management Section amongst other sections and services of the OTP. Additional in-depth briefings by the Office's Divisions and Sections are envisaged, all with a view to ensuring that the Prosecutor Elect is as prepared as possible upon assuming his important functions, familiar with the dedicated team at the Office eager to assist him, and fully ready to engage his mandate come June.

As mentioned, I have welcomed the election of Mr Khan as the next Prosecutor and assured him of my full support and that of my team as he takes over the helm of the Office later this year.  I also wish, in the clearest terms, to allay any possible fears about potential conflicts of interest, real or perceived, that may be thought to affect Mr Khan upon his assuming office as the new Prosecutor of the ICC. Under his leadership, the Office will continue to discharge its vital mandate under the Rome Statute of combatting impunity, to deter international crimes, with independence, impartiality and objectivity.

The framers of the Rome Statute foresaw the possibility of potential conflicts of interest and provided for them in article 42(7) of the Statute, stipulating that "[n]either the Prosecutor nor a Deputy Prosecutor shall participate in any matter in which their impartiality might reasonably be doubted on any ground." Mr Khan will apply this provision scrupulously whenever the circumstances require. In his correspondence with me, Mr Khan has informed me that he will recuse himself from any case, where a conflict of interest may be perceived to arise from his former representation of suspects or accused persons. He will have practical measures implemented to protect against any such risk, and the public can have complete confidence in the good faith and efficacy of this process, and Mr Khan's unyielding commitment to his duties and responsibilities under the Rome Statute.

It is evident that Mr Khan and I share a joint conviction in the importance of the Court and a duty to serve its crucial mandate. When he assumes office as the Court's new Prosecutor, I have no doubt he will continue to strengthen the OTP and to build on the accomplishments of the last nine years to advance the fundamental goals of the Rome Statute. He benefits from my confidence and the support of the Office as he sets out to do so.

The Office of the Prosecutor of the ICC conducts independent and impartial preliminary examinations, investigations and prosecutions of the crime of genocide, crimes against humanity, war crimes and the crime of aggression. Since 2003, the Office has been conducting investigations in multiple situations within the ICC's jurisdiction, namely in Uganda; the Democratic Republic of the Congo; Darfur, Sudan; the Central African Republic (two distinct situations); Kenya; Libya; Côte d'Ivoire; Mali; Georgia, Burundi; Bangladesh/Myanmar, Afghanistan (subject to a pending article 18 deferral request) and Palestine. The Office is also currently conducting preliminary examinations relating to the situations in Bolivia; Colombia; Guinea; the Philippines; and Venezuela (I and II); and has recently completed its preliminary examinations of the situations in Ukraine and Nigeria, which are pending requests to seek authorisation to proceed to investigation.