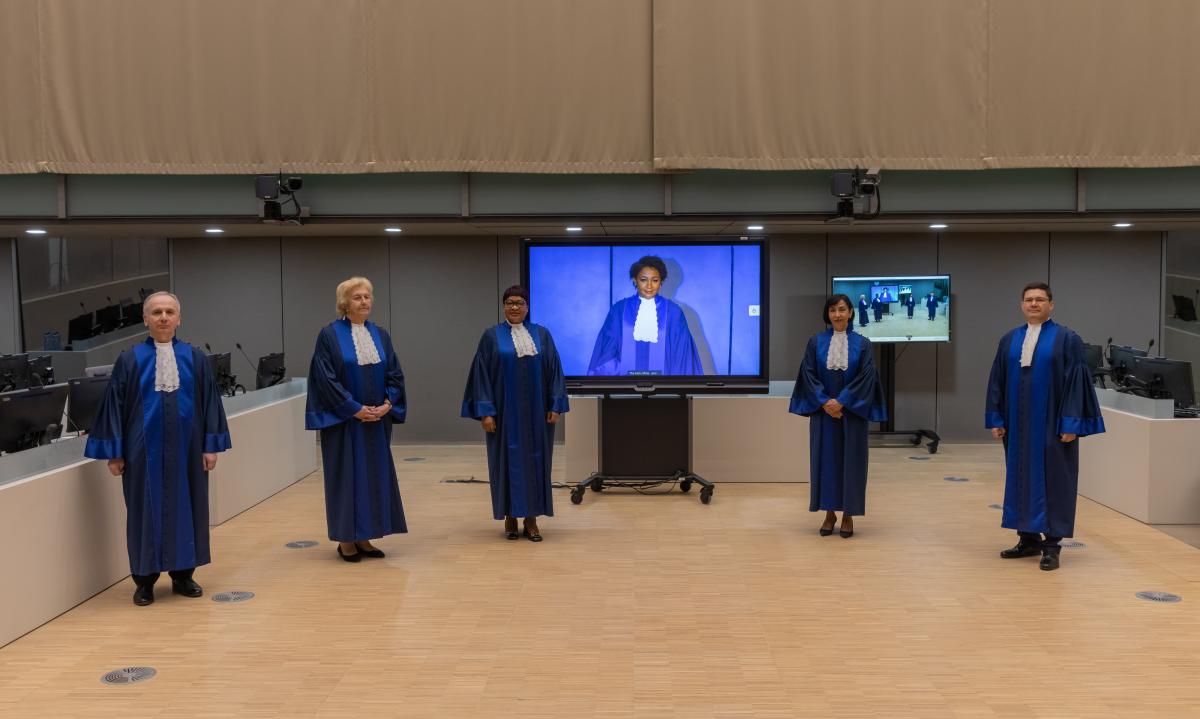 ​Today, 10 March 2021, six new judges of the International Criminal Court (ICC) were sworn during a ceremony held at the seat of the Court in The Hague (Netherlands). During the Ceremony, participants also bid farewell to the six outgoing ICC judges ending their terms.

The six judges made a solemn undertaking in open court before the President of the ASP, Silvia Fernández de Gurmendi, stating: "I solemnly undertake that I will perform my duties and exercise my powers as a judge of the International Criminal Court honourably, faithfully, impartially and conscientiously, and that I will respect the confidentiality of investigations and prosecutions and the secrecy of deliberations".

ASP President Silvia Fernández de Gurmendi welcomed the new judges to the Court:  "I wish the incoming judges a successful and rewarding experience at the Court. They can be proud and grateful for the opportunity they have been granted to take part in the development of a much needed global system of justice. The Court, with its weaknesses and strengths, continues to be a central part of that system and an indispensable piece of a rules-based international order."

Addressing the newly sworn-in judges, the President of the Court, Judge Chile Eboe-Osuji said: "Victims across the globe look to The Hague in hope of justice, when domestic courts fail to provide redress... the expectations are high, and the challenges can seem daunting at times. But I am confident that your stellar experience and stalwart antecedents will stand you in good stead to meet those expectations and challenges".

The contributions of six judges whose terms are coming to an end were recognised during the ceremony, these being Judge Chile Eboe-Osuji (President of the Court), Judge Robert Fremr (First Vice-President), Judge Howard Morrison, Judge Olga Herrera-Carbuccia, Judge Geoffrey Henderson and Judge Raul Cano Pangalangan.

The International Criminal Court has a bench of 18 judges who are nationals of States Parties to the Rome Statute. Judges are chosen from among persons of high moral character, impartiality and integrity who possess the qualifications required in their respective countries for appointment to the highest judicial offices. The election of the judges takes into account the need for the representation of the principal legal systems of the world, a fair representation of men and women, and equitable geographical distribution.