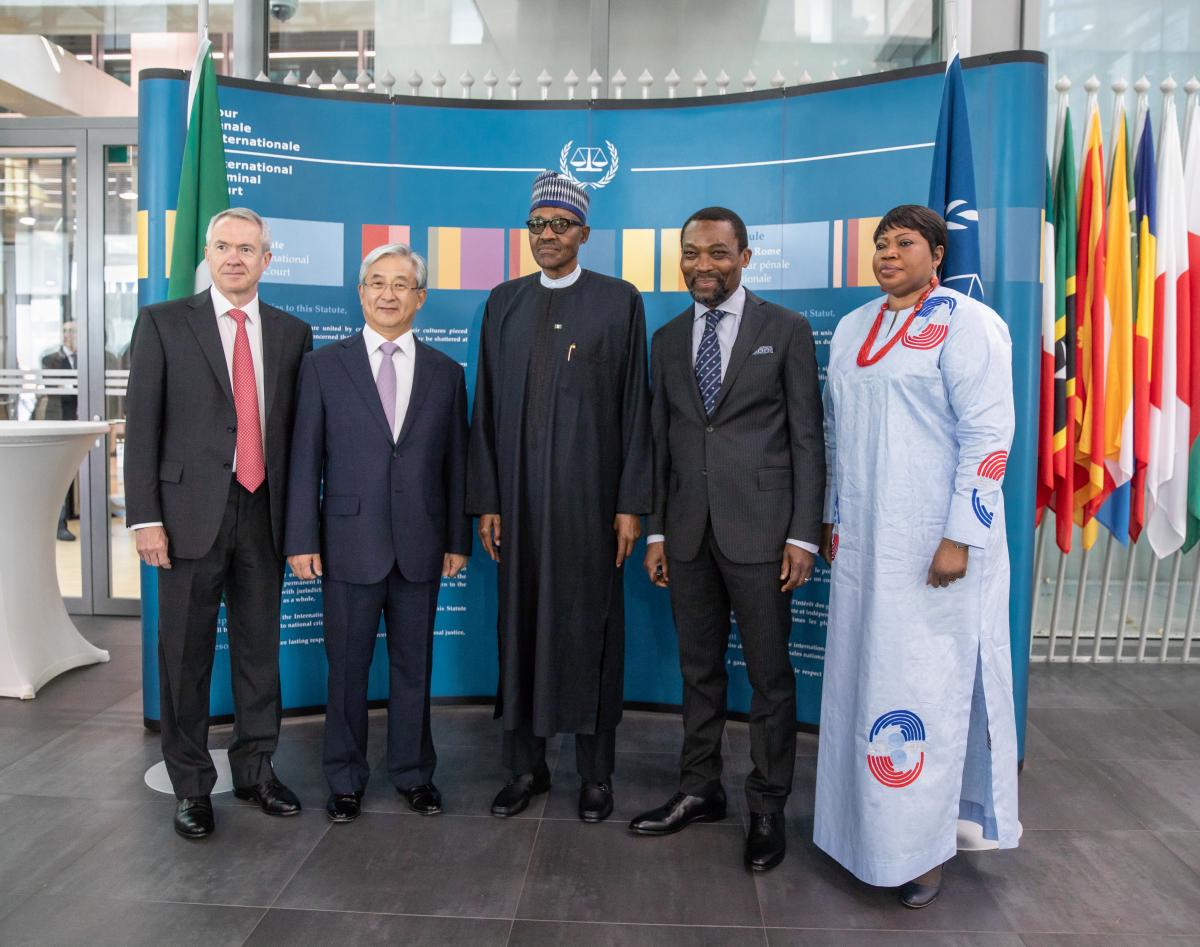 On 16 and 17 July 2018, an event was held at the headquarters of International Criminal Court ("ICC" or "the Court"), in The Hague, The Netherlands, to mark the 20th anniversary of the adoption of the Rome Statute of the ICC. High-level representatives of more than 30 States in attendance included the President of the Federal Republic of Nigeria, representatives of national Senates and Parliaments, Ministers of Foreign Affairs and Justice, as well as officials of international and regional organisations, civil society and academia. Speakers reiterated their support to justice and accountability for the gravest crimes listed under the Rome Statute.

In his opening remarks, the President of the Court, Judge Chile Eboe-Osuji, recalled that the Rome Statute was adopted with a vision of a world in which atrocities that shock the conscience of humanity would no longer be committed with impunity. He said that reflections on the 20th anniversary of the treaty should concentrate on what this generation will do with the monumental legacy handed to it by the visionaries of 1998. "Let us ensure that allegations of the most serious crimes are met with a robust, fair and impartial judicial response – at the international level as a last resort, where national systems prove unable to give victims their day in court. Let us make sure that we do not let down those who worked so hard to make the Statute of an International Criminal Court a reality", President Eboe-Osuji said.

"The ICC has given hope for justice to so many, by demanding strict adherence to the rules of international humanitarian law. A strong and effective ICC demonstrates the international community's commitment to the rule of law," said the President of Nigeria, H.E. Muhammadu Buhari. "I urge all States that have not yet done so to, as a matter of deliberate State policy, accede to the Rome Statute of the ICC so that it can become a universal treaty."

"I am certain that the Rome Statute is as necessary today as it was 20 years ago. I believe it is important to go 'back to the basics' with a renewed dedication, commitment and also excitement – just as we did when we first adopted the Rome Statute," said the President of the Assembly of States Parties, H.E. O-Gon Kwon. "Let today serve as a time to reflect, look back, appreciate what we have accomplished, and most importantly revive our commitment to the fight against impunity."

ICC Prosecutor Fatou Bensouda stressed the importance of the anniversary and the opportunity it presents to recommit to the values and goals of the Statute, but also to take stock of the last two decades and reflect on how the Rome Statute system can be made more effective. "As we commemorate the 20th anniversary of the adoption of the Rome Statute, we owe it to ourselves, our children and future generations to fully support and nurture the ever evolving international criminal justice system, and the ICC as its central pillar," she stated, adding, "a more rule-based global order where mass atrocities are checked through the force of the law and the progress of humanity, demand it."

Following a solemn hearing in the ICC’s main Courtroom, an interactive symposium featured lively debates on the achievements of the Rome Statute, its impact, and challenges in the fight against impunity. As part of the commemoration, representatives of the Assembly, the Court, the Trust Fund for Victims, civil society and counsel also planted a tree on the Court's premises in remembrance of the victims of the most serious crimes and to symbolise a deep-rooted commitment to end impunity for such acts.

Background: Adopted on 17 July 1998, the Rome Statute is the ICC's founding treaty, ratified by over 120 countries. The ICC is the first permanent international criminal court established to help end impunity for the perpetrators of the most serious crimes of concern to the international community, namely war crimes, crimes against humanity, genocide and the crime of aggression. The Rome Statute has also established the Trust Fund for Victims with a two-fold mandate: (i) to implement Court-ordered reparations and (ii) to provide physical and psychological rehabilitation, and material support to victim survivors, their families, and affected communities. The TFV assists survivors to begin the process of healing and rebuilding their lives, for them to be able to promote peace and reconciliation.

Photos of the event

Webpage on the 20th anniversary, including "20 questions" series