Skip to main content
Opening Statement and presentation of evidence by the Legal Representatives of Victims in the Al Hassan case: Practical information

Opening Statement and presentation of evidence by the Legal Representatives of Victims in the Al Hassan case: Practical information 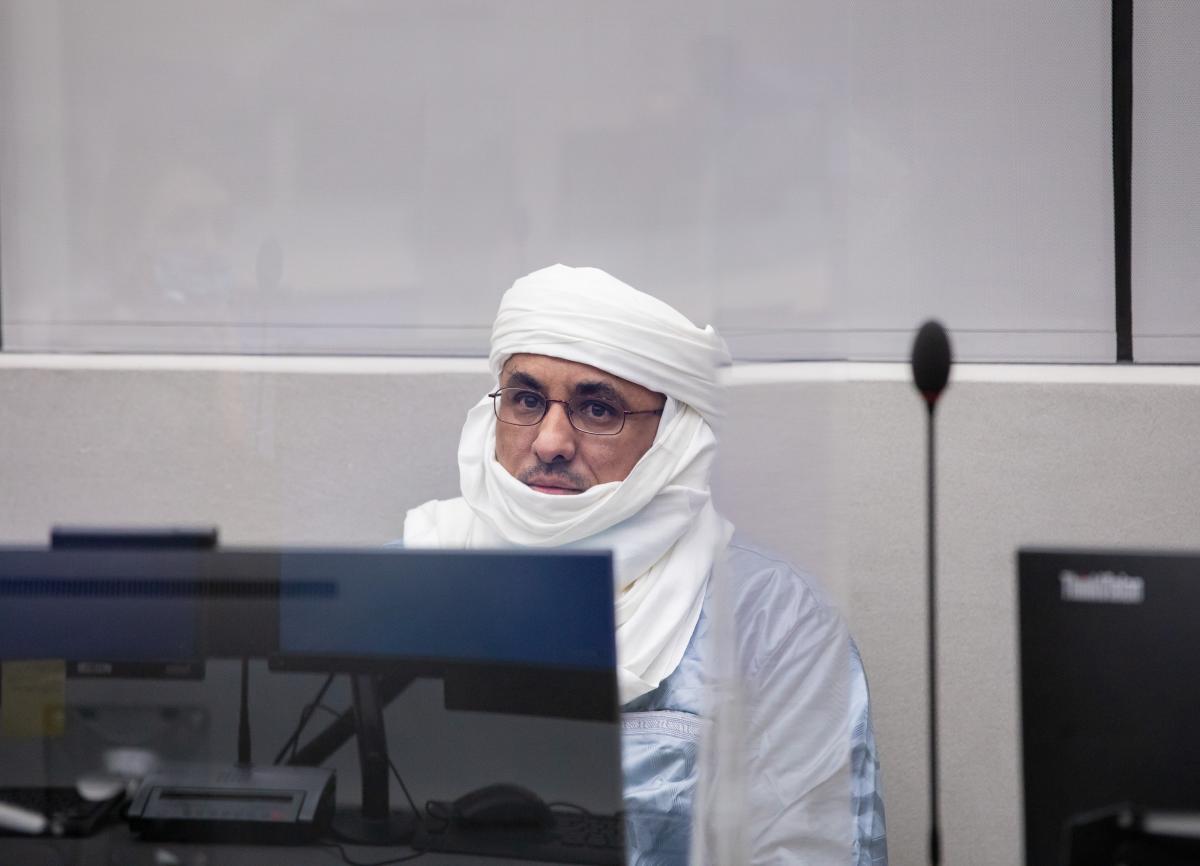 On Tuesday 8 February 2022 at 9:30 (Hague time), the Legal Representatives of Victims ("LRV") in the case of The Prosecutor v. Al Hassan Ag Abdoul Aziz Ag Mohamed Ag Mahmoud will make their opening statement before Trial Chamber X of the International Criminal Court (ICC). Counsel Seydou Doumbia, Mayombo Kassongo and Fidel Nsita Luvengika are representing 1946 victims in this case. Their statement will be made in open session and is expected to last one hour.

Legal representation of the victims allows them to present their views and concerns to the ICC judges when their interests are affected. The LRV will make an opening statement and have been authorised to call two witnesses who will appear before the Judges from 8 to 11 February 2022.

The Prosecution has finalised the presentation of its evidence and the Defence will present its case later this year. Mr Al Hassan is accused of crimes against humanity and war crimes allegedly committed in Timbuktu (Mali). Trial Chamber X is composed of Judge Antoine Kesia-Mbe Mindua, Presiding Judge, Judge Tomoko Akane and Judge Kimberly Prost.

Background: Mr Al Hassan was transferred to the ICC on 31 March 2018 following a warrant of arrest issued by the Chamber on 27 March 2018 for war crimes and crimes against humanity. The confirmation of charges hearing took place from 8 to 17 July 2019. On 30 September 2019, Pre-Trial Chamber I issued a confidential decision confirming the charges of war crimes and crimes against humanity brought by the Prosecutor against Mr Al Hassan and committed him to trial. The redacted version of the decision was published on 13 November 2019. On 18 November 2019, Pre-Trial Chamber I rejected the Defence's request for leave to appeal the decision confirming the charges in the Al Hassan case. On 23 April 2020, Pre-Trial Chamber I issued a confidential decision partially granting the Prosecutor's request to modify the charges against Mr Al Hassan; the redacted version of this decision was made public on 11 May 2020. The trial opened on 14-15 July 2020, including with the opening statement of the Prosecutor. The Legal Representatives of Victims and the Defence were authorised to make their opening statements at the beginning of the presentation of their evidence.