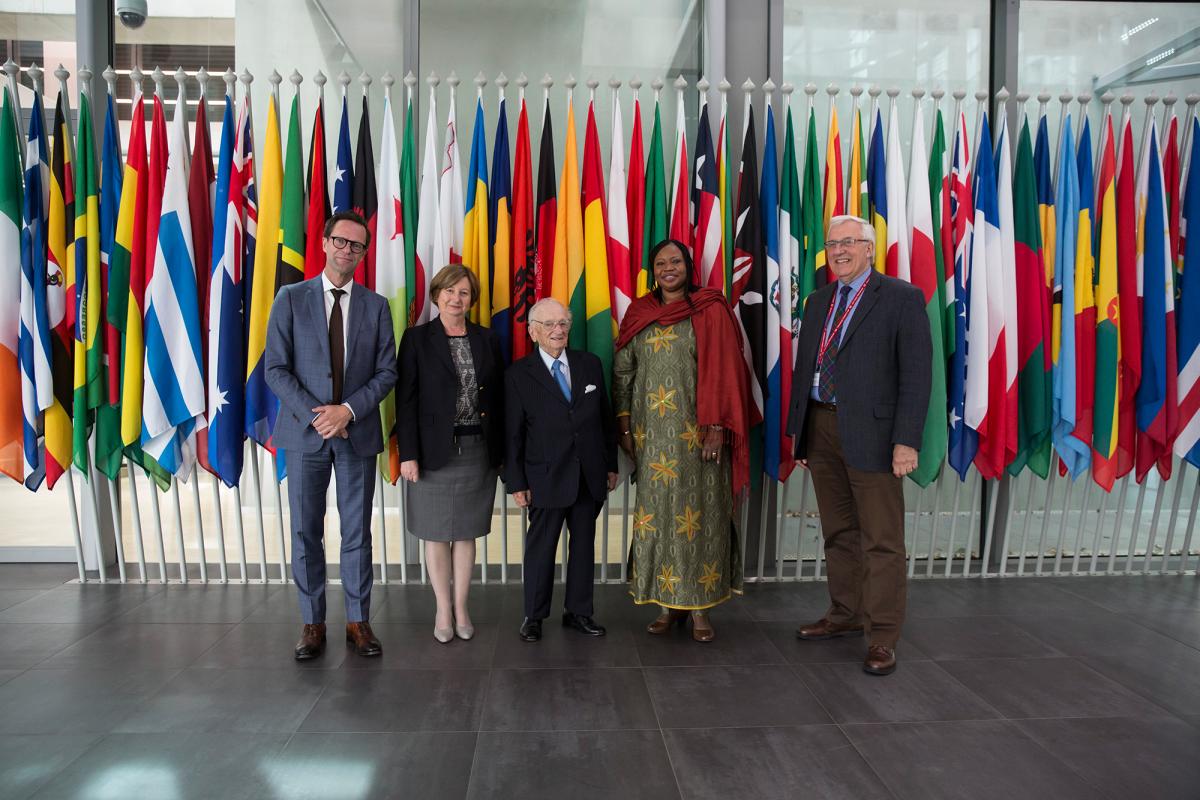 On 15 May 2017, Mr Benjamin B. Ferencz visited the permanent premises of the International Criminal Court ("ICC" or "Court") in The Hague, Netherlands to meet with ICC officials and deliver a guest lecture. Mr Ferencz was the Chief Prosecutor of the Einsatzgruppen trial at Nuremberg (1947), and is a long life advocate for the establishment of the ICC, who has made major and pioneering contributions to international criminal justice.

"The world has not yet learned that law is better than war.  Law, not war, is the answer. Law continues to be humanity's hope for a more just and peaceful world," Mr Ferencz said   during his guest lecture to a full-house with the Court's Principals, judges, staff, visiting professionals and interns in attendance. In emphasising that real progress has been achieved in the field of international criminal justice over the past century, he added that notwithstanding the challenges, "it takes courage not to be discouraged. We have to believe that we are spiralling upward in the search for greater humanity, and we are."

The President of the Court, Judge Silvia Fernández de Gurmendi said: "It was a great honour for the Court to host a visit by such an extraordinary advocate of international justice, who has dedicated his life to promoting the rule of law. We were all truly impressed by his passion, and his continuing enthusiasm and optimism about the progress that has been achieved in the field. Mr Ferencz's lecture was a very special occasion for all those present."

Along with the President and the Registrar, Prosecutor Fatou Bensouda welcomed Mr Ferencz and his delegation to the Court, stating that "in life, there are those whose contagious optimism and sense of purpose bring the seemingly impossible within reach – those who lead by their example. Mr Ferencz is one of those unique individuals we feel privileged to call a friend of the Court." "His tireless advocacy continues to inspire generations to advance the cause of international criminal justice", Prosecutor Bensouda added.

In the morning, the Municipality of The Hague also honoured Mr Ferencz for his achievements by naming the footpath adjacent to the Peace Palace after him ("Benjamin Ferenczpad") at a special unveiling ceremony.