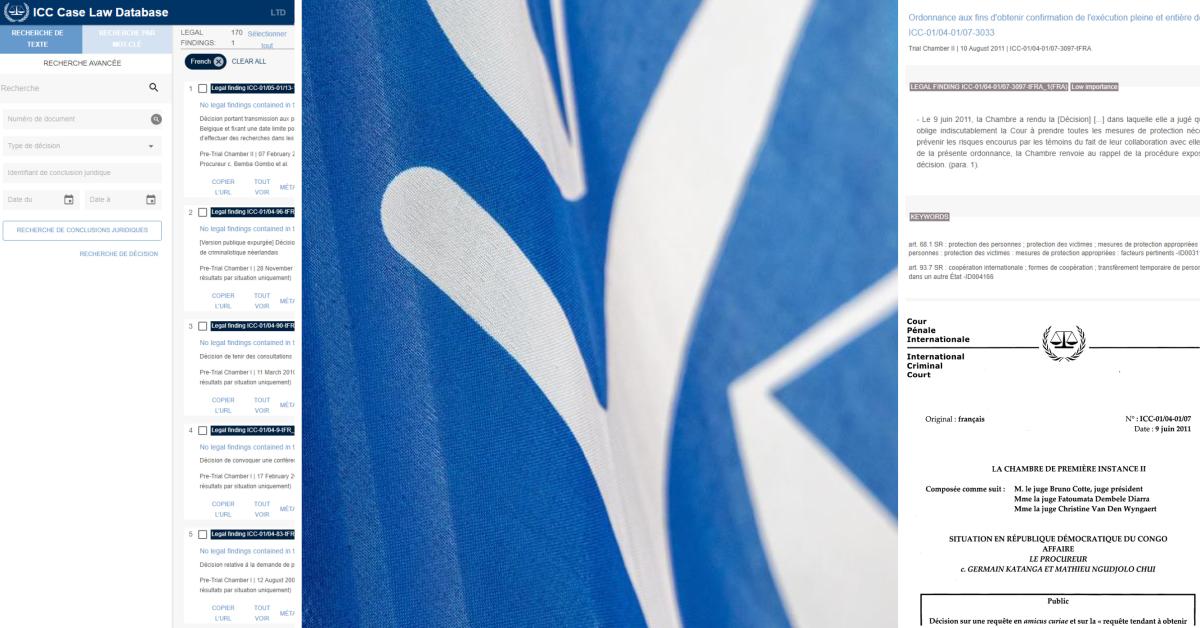 Today, 20 January 2023, the International Criminal Court (ICC) launched the French and Spanish versions of the ICC Case Law Database (CLD). The CLD is an easily searchable database of the Court’s jurisprudence providing free access to the entire case-law of the ICC in English, and to the available translations in French and Spanish.

Users can search for ICC jurisprudence based on several criteria, including full-text and keywords. The CLD contains all judicial decisions, judgments, and orders issued by any Chamber or the Presidency of the Court, including separate and dissenting opinions. In addition to the full-text of judicial decisions, the CLD provides substantive analysis in the form of “legal findings”, which are extracts with jurisprudential value that have been indexed with level of importance, keywords and related ICC decisions.

The English version of the CLD was launched on 9 March 2021, containing at the time more than 6,000 legal findings. To date, more than 8,000 legal findings have been extracted, following the analysis of more than 10,000 ICC judicial decisions. The content of the database will continuously grow as new judgments and decisions are issued and additional existing jurisprudence is analysed.

The French and Spanish versions launched today contain all officially translated decisions in these languages and a selection of non-official translations of the Legal Findings contained in the most relevant decisions of the Court’s case-law.

The Court is grateful for the financial support of the European Commission to the LTD/CLD project.