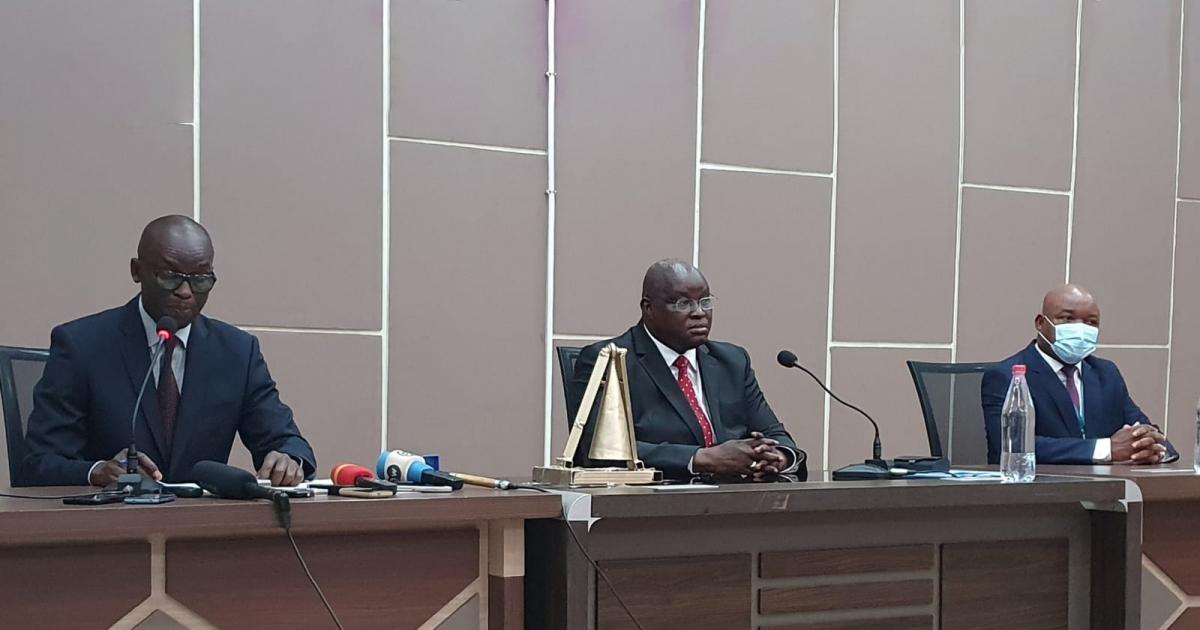 Following the opening of the first trial before the Special Criminal Court of the Central African Republic (“SCC”), the Prosecutor of the International Criminal Court (“ICC”), Mr Karim A. A. Khan QC strongly welcomed this landmark moment and underlined the commitment of his Office to actively support the work of the SCC in line with the principle of complementarity.

This followed the visit by Mr Mame Mandiaye Niang, ICC Deputy Prosecutor to Bangui, Central African Republic (“CAR”) during which he took part on behalf of the Prosecutor in the opening ceremony of the first trial at the SCC.

Emphasising the importance he attached to the participation of his Office at the opening ceremony of the proceedings of the SCC at this important moment, Prosecutor Khan underlined his commitment to strengthening cooperation between the ICC Office of the Prosecutor (“OTP”) and SCC: “I have been clear since I took up office one year ago. Justice is best delivered closest to those impacted by crimes. We should support all efforts that aim to engage with and empower communities, that allow them to participate more directly in the process of justice. The SCC is an excellent example of how this partnership between the international community, national authorities and local actors can result in tangible steps towards this goal.”

In his remarks to the SCC, Deputy Prosecutor Niang emphasised the historic and symbolic nature of this first trial for crimes under the jurisdiction of the SCC, also noting the hopes it has raised. He emphasised: “[t]oday’s opening of the first trial of the Special Criminal Court, here in the CAR — the very country where the crimes under international law alleged by the Special Prosecutor are supposed to have been committed — is a high point in the symbolic distribution of justice. But beyond the symbols, it is also a crucial meeting with all those victims and survivors of unspeakable atrocities, many of whom were losing hope of seeing justice done in their lifetimes.”

Deputy Prosecutor Niang also congratulated the national authorities of CAR and noted that the fight against impunity and the strengthening of the rule of law are essential components in the reconstruction and reconciliation process in the country. He stressed: “[t]his essential justice is first and foremost the justice of proximity: one which is rendered in the immediate environment of the alleged perpetrators of the crimes and the victims. This is what the principle of complementarity, an essential pillar of the Rome Statute, which the Prosecutor Karim Khan, has been forcefully reminding us of since he took office in June 2021, is all about [...] The Court must remain a mechanism of last resort, and The Hague a city of last resort.”

He encouraged the SCC in its efforts and recalled the availability of the OTP to strengthen cooperation and synergy between the two institutions. He said that the OTP would seek to facilitate the provision of effective support to national courts wherever possible. Where national courts did not have the capacity to act, whether for security or other reasons, the ICC would be there, he said. And where action by the ICC was mandated, Prosecutor Khan wanted to explore all possibilities of having a presence in the country, including holding hearings outside of The Hague.  The Deputy Prosecutor stressed that: “[it]t is this synergy and these combined actions that make the fight against impunity for crimes under international law effective and that make justice relevant to the most affected communities.”

Finally, Deputy Prosecutor Niang recalled the importance of the support provided to the SCC by all partners, noting in particular, the United Nations Multidimensional Integrated Stabilization Mission in the Central African Republic (MINUSCA) and the United Nations Development Programme. Deputy Prosecutor Niang also recognised the crucial work of non-governmental organisations working for victims in the delivery of justice by the SCC. 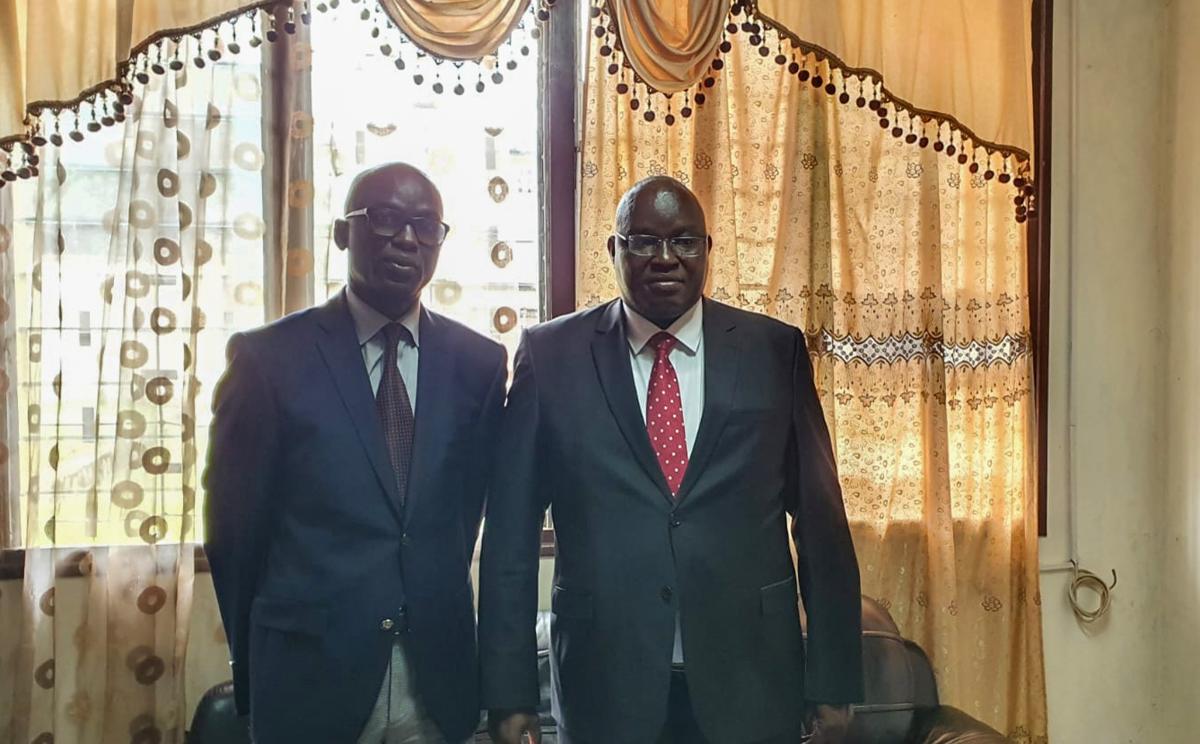 During his visit to Bangui, Deputy Prosecutor Niang was received by Mr Arnaud Djoubaye-Abazene, Minister of State for Justice, the Promotion of Human Rights, and Good Governance of the CAR, who reiterated the commitment and willingness of the Government to supporting the SCC in carrying out its mandate, and to strengthening cooperation with the OTP in the conduct of its investigative and prosecutorial activities. 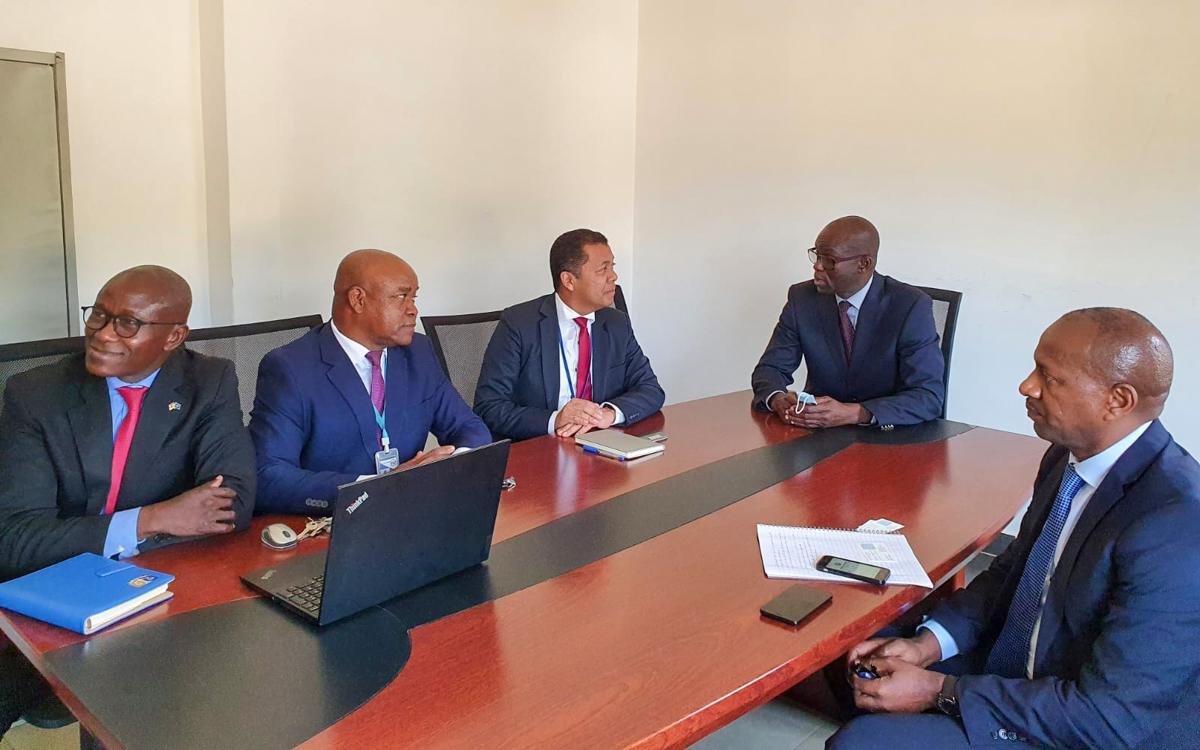 Deputy Prosecutor Niang met Mr Michel Landry Louanga, President of the SCC, its Vice-President, Mr Herizo Rado Randriamanantena, and the SCC Registrar, Mr Dieudonné Senego, who expressed their appreciation for the support of the OTP and recalled the importance of cooperation in order to mutually reinforce efforts to fight impunity for crimes committed in the CAR. 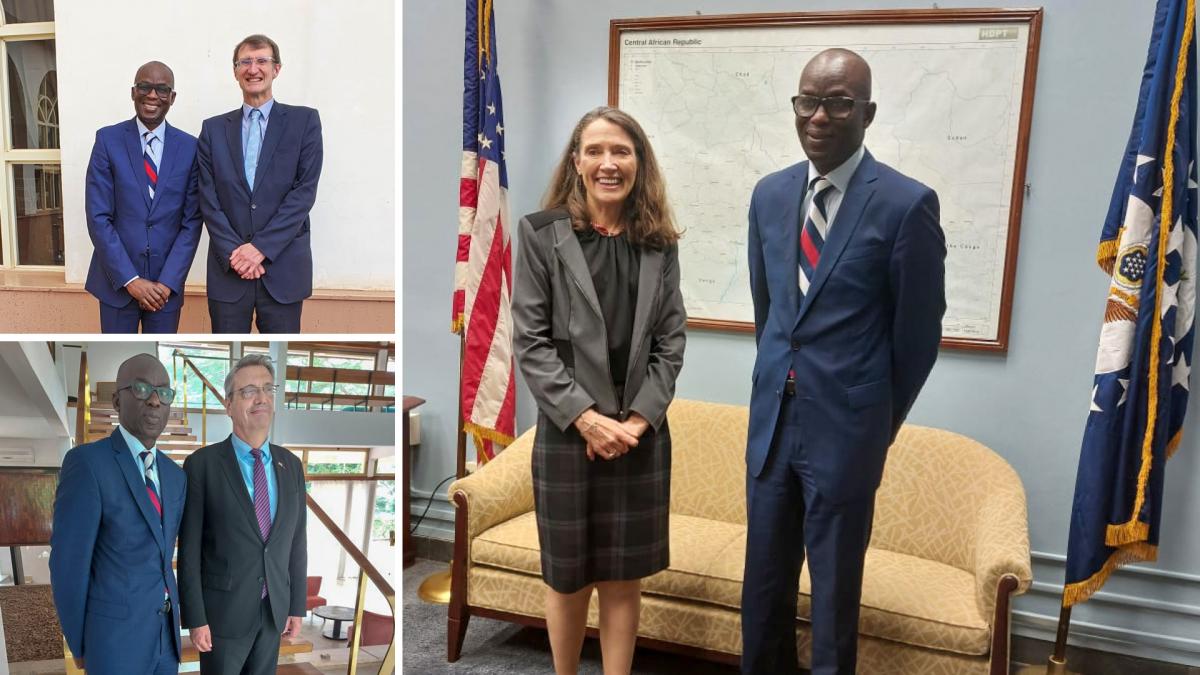 Mr Niang also held meetings with Ambassador Douglas Carpenter, Head of Delegation of the European Union to CAR; Ms Patricia Mahoney, Ambassador of the United States of America to CAR, and Mr Jean-Marc Grosgurin, Ambassador of the Republic of France to CAR. Discussions focused on the necessary support and backing of partners in the fight against impunity in the CAR and continued cooperation with the ICC.