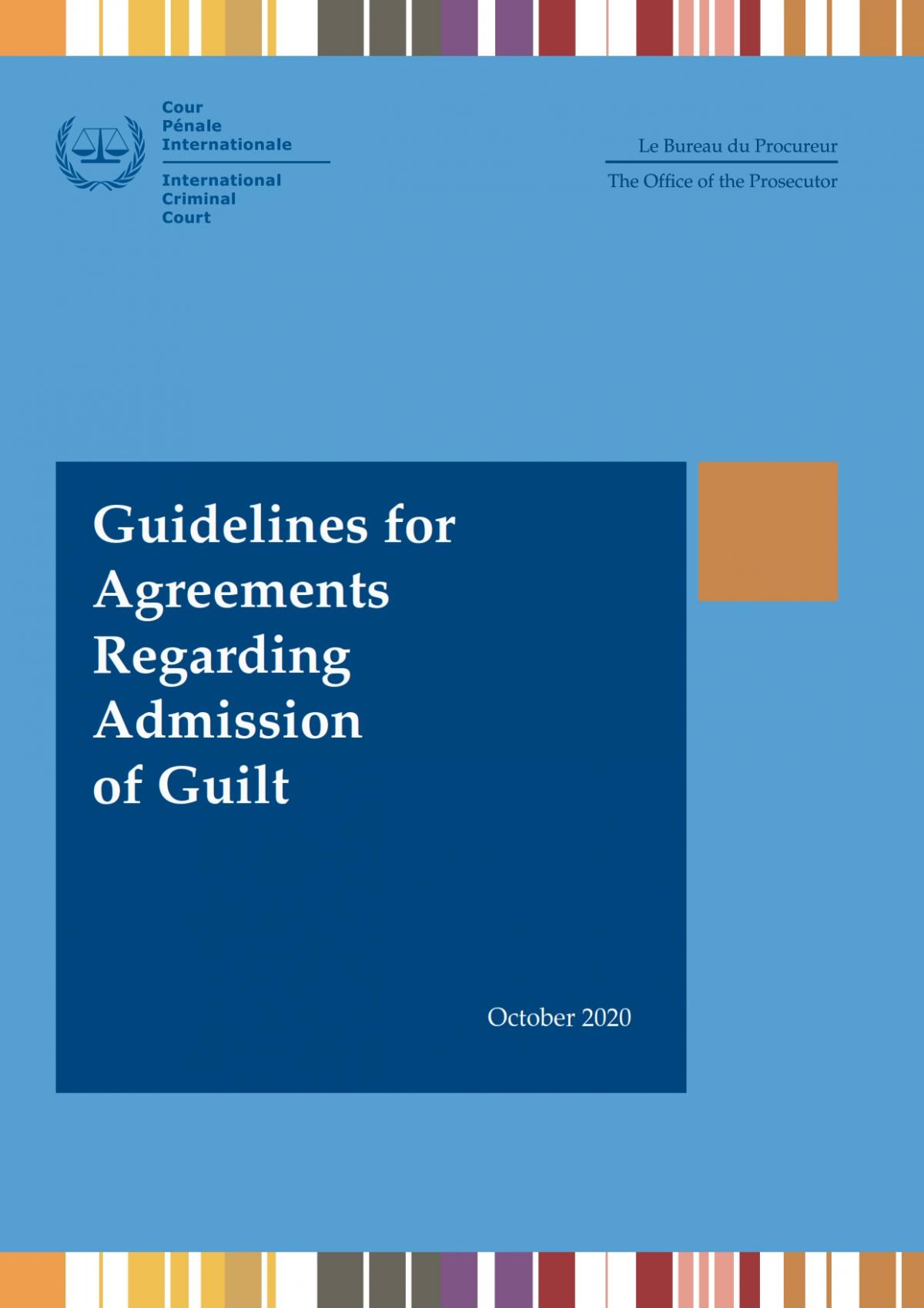 The Prosecutor of the International Criminal Court ("ICC" or the "Court'), Mrs Fatou Bensouda, publishes her Office's Guidelines for Agreements Regarding Admission of Guilt.

The purpose of these guidelines is to set forth the Office of the Prosecutor's policy with respect to agreements regarding admission of guilt, in particular, whether and when it may be appropriate for the Office to enter into such agreements, and if so, under what circumstances and subject to which terms.

"It is my hope that these guidelines will offer clarity and direction in respect to such agreements between the parties, thereby expediting the judicial process, providing a further tool to the Office to effectively and efficiently fulfil its mandate," said Prosecutor Bensouda. "The publication of these guidelines is a further expression of my Office's commitment to transparency," she added.

In accordance with articles 64(8)(a) and 65 of the Rome Statute and ICC Rules of Procedure and Evidence, an accused person may make an admission of guilt at the beginning of their trial. This can be done in one of two ways:

While these Guidelines provide a framework for agreements regarding admissions of guilt, the Office will approach each agreement on an individual basis, and will carefully assess all relevant circumstances. The Guidelines will serve as a comprehensive point of reference for future cases.

The Office is committed to its continued efforts aimed at optimising operations in the service of the Rome Statute, and to bringing a measure of justice to the victims of atrocity crimes.

Office of the Prosecutor Guidelines for Agreements Regarding Admission of Guilt