Skip to main content
ICC presents annual report to the ASP: The Court is committed to accountability for gravest crimes and calls for greater support

ICC presents annual report to the ASP: The Court is committed to accountability for gravest crimes and calls for greater support 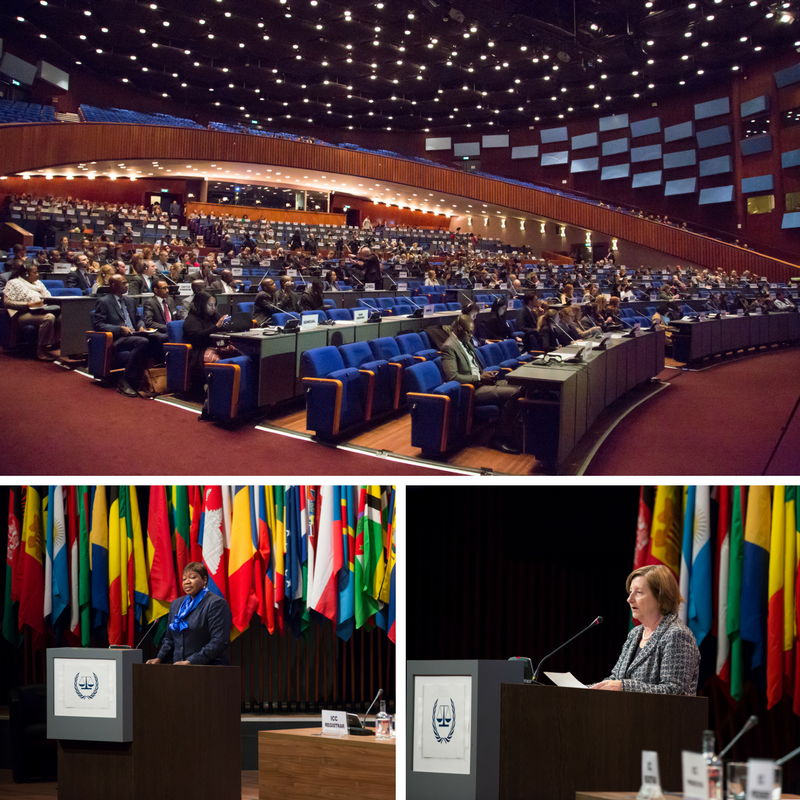 Today, 16 November 2016, the President and the Prosecutor of the International Criminal Court ("ICC" or "Court") presented the Court's annual report to the Assembly of States Parties to the Rome Statute ("ASP" or "Assembly") at the opening of the Assembly's 15th session, held in The Hague, The Netherlands.

In her remarks, the President of the Court, Judge Silvia Fernández de Gurmendi, stated that at a time when some States Parties have announced their decision to withdraw from the Rome Statute, the Assembly provides "an excellent opportunity to recall the role of the Court and the main principles it was intended to protect, and to engage in a constructive dialogue". "The Court has indeed continued to listen and act upon constructive criticism or suggestions", she added.

The ICC President underlined that the Court has taken initiatives to foster cooperation with its activities and maximize their impact by increasing efforts to reach out to victims and affected communities, as well as intensifying communication with States and civil society. She referred to the Court's initiatives to improve the pace and quality of justice it delivers and saw in the important results achieved "a clear demonstration of the Court's commitment to fulfil its mandate in an efficient and effective manner".

"The Court has had a good and productive year. The Court has continued to do the work for which it was created and has made significant achievements in addressing crimes of concern to the international community as a whole such as the use of child soldiers, sexual violence in conflict, attacks on civilians and the destruction of cultural property," the President said.

Judge Fernández stressed that "international criminal justice is a long-term project" and that the universality of the Rome Statute system is and should remain a top priority "in order to bring perpetrators of crimes to justice and protect victims across the world equally".

In her intervention, the Prosecutor of the Court, Mrs Fatou Bensouda, referred to the recent withdrawals from the Rome Statute and declared that "any act that may undermine the global movement towards greater accountability for atrocity crimes and a ruled- based international order in this new century is surely – when objectively viewed – regrettable." She continued to call for a "greater dialogue and cooperation to jointly strengthen the international criminal justice system."

As regards the activities of the Office, the Prosecutor presented major results of her Office's activities in 2016, including in investigations and trials as well as in the area of preliminary examinations as detailed in her latest Report. In this context, she highlighted the need to ensure the Court has sufficient resources corresponding with its increased workload. She emphasized to States Parties that: "we have a joint obligation to ensure the Rome Statute is alive and well, and effective in practice. The provision of requisite funding for the Court is key in this regard." She also updated the Assembly on the Office of the Prosecutor's strategic priorities and policy developments. In this context, the Prosecutor referenced her Office's recently finalised Policy Paper on Case Selection and Prioritisation, and the Policy Paper on Children – the latter, will be officially launched, she announced later today.

In her address to the Assembly, the Prosecutor concluded by reiterating that "The ICC will continue to forge ahead to deliver on its important mandate to deliver justice. It will do so because it stands for powerful ideas; because it meets vital needs for humanity's progress in the modern era; because without the ICC, we will regress into an even more turbulent world where chaos, volatility and violence take the upper hand as inevitable norms."

The ICC, governed by the Rome Statute, is the world's first permanent, treaty-based, international criminal court established to help end impunity for the perpetrators of the most serious crimes of concern to the international community, namely crimes against humanity, war crimes and genocide, and potentially, the crime of aggression in the future. In accordance with article 112 of the Rome Statute, the Assembly is the management oversight and legislative body of the ICC. It is composed of representatives of the States that have ratified and acceded to the Rome Statute.

Statement by the ICC President at the opening of the 15th Session of the Assembly of States Parties to the Rome Statute of the International Criminal Court: Presentation of the Court's annual report