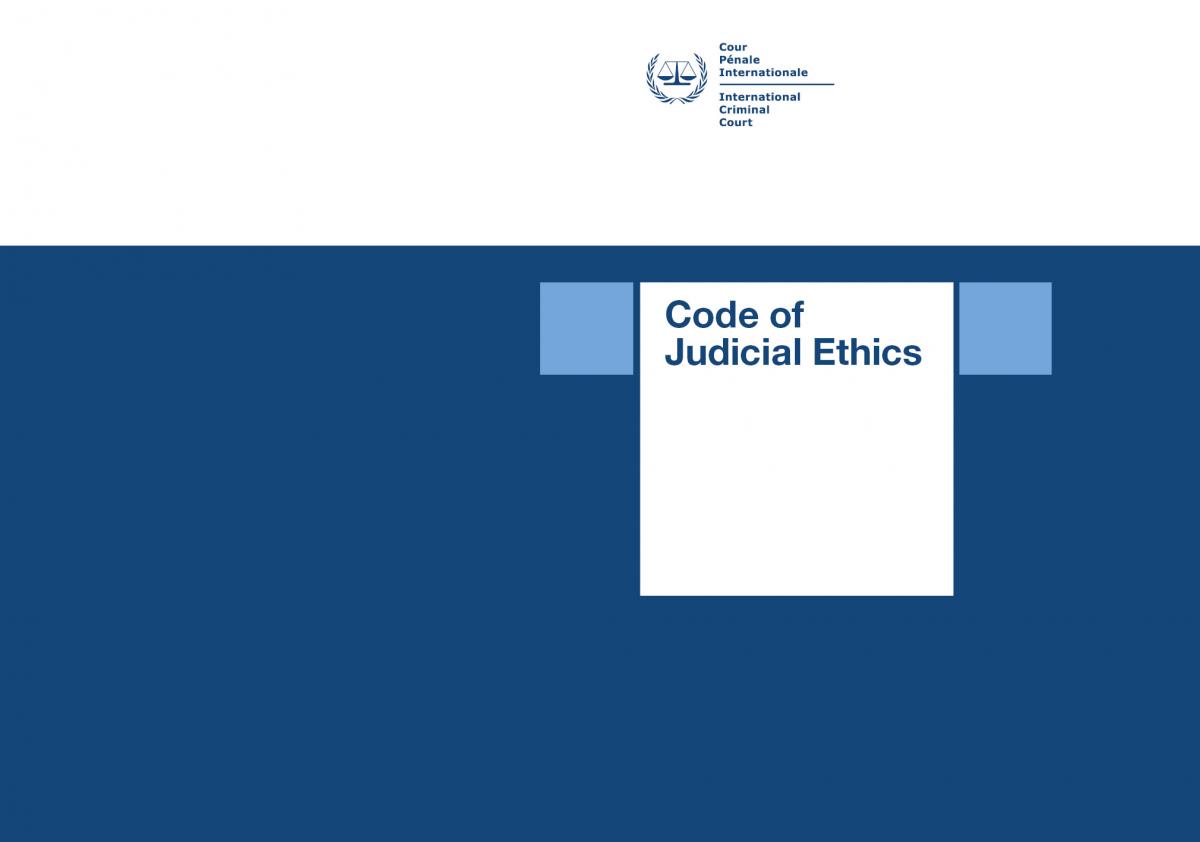 Today, on 27 January 2021, a revised version of the Code of Judicial Ethics of the International Criminal Court (ICC) enters into force.

Following their discussions at the Judges' retreat in 2020, which focussed on judicial ethics and which itself continued work on this topic commenced in 2018, the judges of the Court adopted amendments to the Code of Judicial Ethics on 19 January 2021, in accordance with regulation 126 of the Regulations of the Court. These amendments enter into force today, upon their publication on the ICC website. In revising the ICC Code of Judicial Ethics to reflect best practices, the judges of the Court reaffirm their strong commitment to the highest ethical standards.

Key amendments have been made to article 5 of the ICC Code of Judicial Ethics concerning integrity, such as an express reference to judicial collegiality, an explicit prohibition of any form of discrimination, harassment and abuse of authority, and a new paragraph elaborating on ethical obligations in connection with the election of the Presidency. The revised Code clarifies its binding nature, as well as providing that certain ethical obligations continue to apply to former judges. It adds important concepts such as loyalty to the Court and further elaborates on judicial independence. The revised Code will be reviewed regularly and amended, as necessary.

The judges have also adopted Guidelines on the Procedure for the Election of the Presidency, as referred to in the ICC Code of Judicial Ethics. Pursuant to article 38(1) of the Rome Statute, the President and the First and Second Vice‑Presidents shall be elected by an absolute majority of the judges for a term of three years. The guidelines were adopted by a majority of judges and may be amended, suspended or abolished following the same procedure.

Guidelines on the Procedure for the Election of the Presidency: English, French