ICC and Spain conclude Agreement on the Enforcement of Sentences 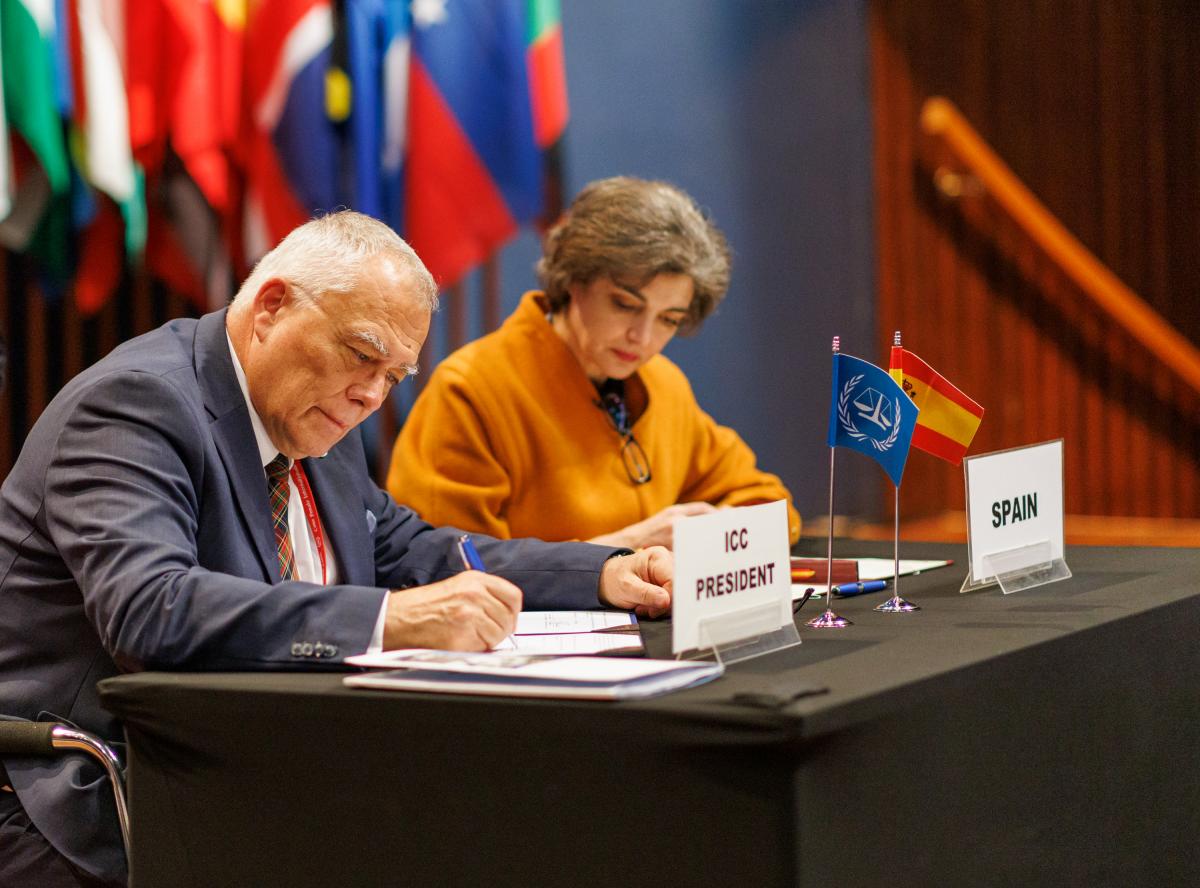 On 8 December 2022, the President of the Court, Judge Piotr Hofmański, and H.E. María Consuelo Femenía Guardiola, Ambassador Extraordinary and Plenipotentiary of the Kingdom of Spain to the Kingdom of The Netherlands, signed the agreement during the plenary session on cooperation at the twenty-first session of the Assembly of States Parties in The Hague.

The Rome Statute, the Court’s founding treaty, provides that sentences of imprisonment imposed by the ICC "shall be served in a State designated by the Court from a list of States which have indicated to the Court their willingness to accept sentenced persons".

In expressing the Court’s appreciation for Spain’s commitment and long-standing support, President Piotr Hofmański stated: “In signing this Agreement today, the Kingdom of Spain demonstrates its steadfast support and commitment to ensuring the proper functioning of the Court. It is enshrined in the Rome Statute that States Parties should share the responsibility for enforcing sentences of imprisonment pronounced by the Court. With its signature, Spain has assumed this responsibility”.

H.E. María Consuelo Femenía Guardiola, Ambassador Extraordinary and Plenipotentiary of the Spanish Kingdom said that: "We underline once again my country's commitment to the Court in the performance of its functions as a judicial body. We are well aware of the need for this kind of cooperation in the practical implementation of the Court's mandate, in the last phase of the judicial process. Today's signing aligns with other actions already undertaken by Spain in the fight against impunity".

Similar agreements on the enforcement of sentences are currently in force between the ICC and Argentina, Austria, Belgium, Colombia, Denmark, Finland, Georgia, Mali, Norway, Serbia, Slovenia, Sweden and the United Kingdom of Great Britain and Northern Ireland.