Skip to main content
Final meeting of Trust Fund for Victims Board of Directors (2015-2018): reparations, assistance and funding

Final meeting of Trust Fund for Victims Board of Directors (2015-2018): reparations, assistance and funding 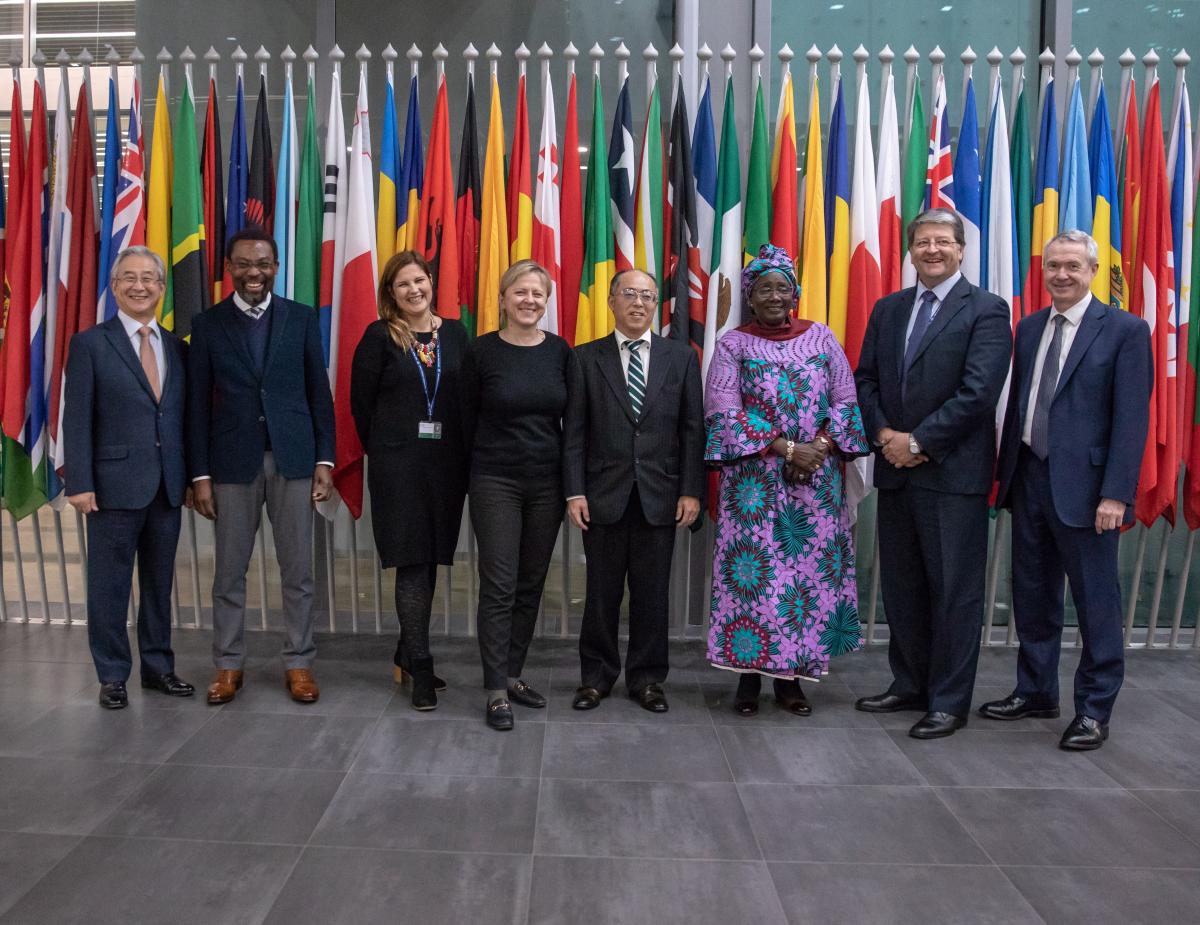 Photo&#58; TFV outgoing Board Members together with H.E O-Gon Kwon, President of the Assembly of States Parties, Judge Chile Eboe-Osuji, ICC President, and Peter Lewis, ICC Registrar attending the last TFV Board of Directors Meeting on 3 – 4 December 2018 in The Hague.

From 3 – 4 December 2018, the members of Board of Directors of the Trust Fund for Victims (TFV) at the International Criminal Court (ICC) ended their 2015-2018 mandate period with a last meeting, discussing the state of affairs and taking final decisions.

The TFV Board members evaluated activities undertaken during their term. The extremely busy past year featured significant action of the Trust Fund in relation to the on-going reparations proceedings, including the implementation of awards, as well the continuation and expansion of assistance mandate programmes. The Board further reviewed staffing development and the significant funding challenges the Fund is facing, considering in particular the growing size of reparations awards which the Court is asking the Board to complement.

The Board decided to allocate initial, provisional envelopes of €300,000 for possible assistance programmes in Georgia and Kenya for which the assessment procedure is being initiated. They would join the Democratic Republic of the Congo, Uganda, Côte d'Ivoire, and Central African Republic to become the fifth and the sixth ICC situation countries where the TFV operates its assistance mandate. Under this mandate, the TFV provides reparative support services, including physical and psychological rehabilitation and material support to victims of ICC crimes, their families as well as affected communities.

During the meeting, the Board also addressed the TFV's intention to diversify its resource mobilization beyond the traditional way of voluntary contributions from States Parties. It discussed in particular the status of ongoing exploratory study on "the TFV Bond Initiative", which the Board had decided to conduct in its meeting in May 2018. Considering the outcome of consultations with various stakeholders, the Board decided to suspend the exploration of the study in the present shape and modality. The lack of appropriate financial resources is preventing continuation of the exploration. Moreover, the Board acknowledges a diversity of views to exist in regard of the options and modalities available to the Trust Fund to respond to the significant challenge of accomplishing its reparative mandates, at a level well beyond the existing resources and in consideration of additional fundraising prospects with public and private donors.

The outgoing Trust Fund for Victim Board of Directors: