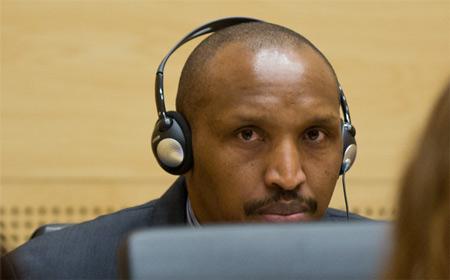 Today, 10 February 2014, the confirmation of charges hearing in the case of The Prosecutor v. Bosco Ntaganda opened before Pre-Trial Chamber II of the International Criminal Court (ICC) in The Hague (Netherlands).

The confirmation of charges hearing is not a trial. It is a Pre-Trial hearing held to determine whether there is sufficient evidence to establish substantial grounds to believe that the person committed each of the crimes charged. If charges are confirmed, the Pre-Trial Chamber commits the case for trial before a Trial Chamber, which conducts the subsequent phase of the proceedings: the trial.

The ICC has issued two warrants of arrest for Bosco Ntaganda. As the former alleged Deputy Chief of the General Staff of the Forces Patriotiques pour la Libération du Congo [Patriotic Forces for the Liberation of Congo] (FPLC), Mr Ntaganda is suspected of 13 counts of war crimes and five counts of crimes against humanity allegedly committed in Ituri, Democratic Republic of the Congo (DRC) between 1 September 2002 and the end of September 2003. On 22 March 2013, Bosco Ntaganda surrendered himself voluntarily and is now in the ICC’s custody.

For more information on this case, please click here.

Opening of the hearing

Openings statements of the Office of the Prosecutor

Openings statements of the Legal Representation of Victims

Openings statements of the Defence

Questions and answers on the confirmation of charges hearing in the case The Prosecutor v. Bosco Ntaganda: English, Français