Skip to main content
Al-Bashir case: ICC Pre-Trial Chamber II decides not to refer South Africa’s non-cooperation to the ASP or the UNSC

Al-Bashir case: ICC Pre-Trial Chamber II decides not to refer South Africa’s non-cooperation to the ASP or the UNSC 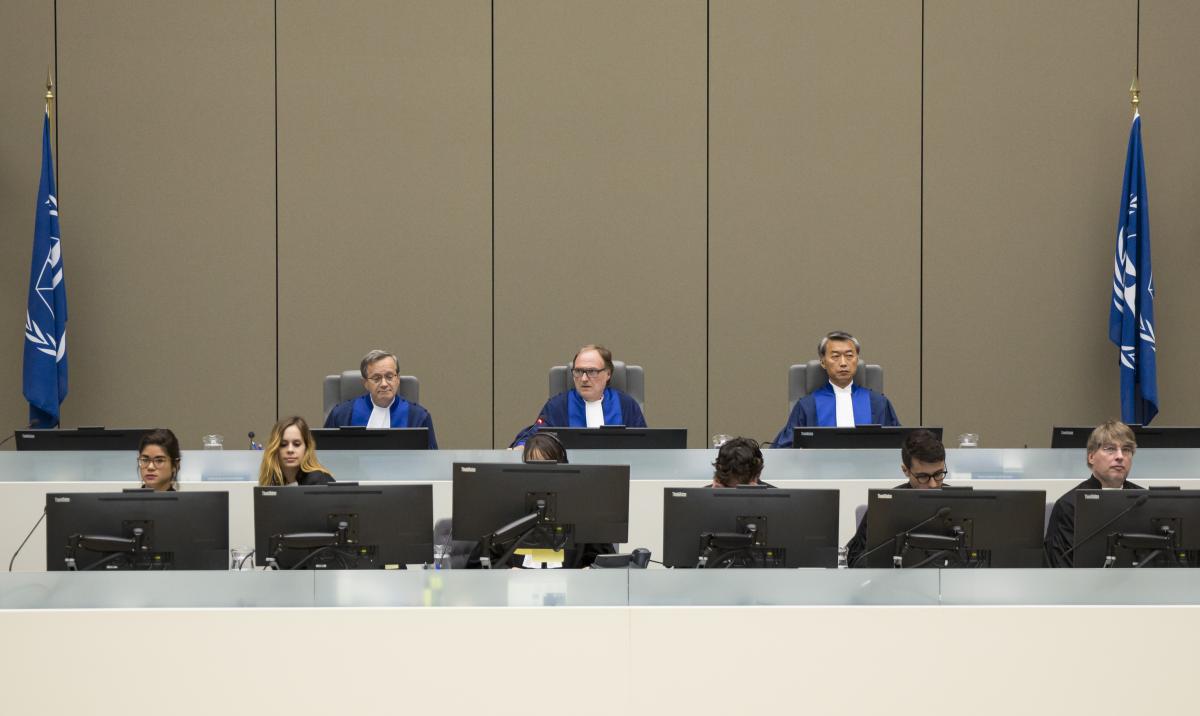 Today, 6 July 2017, Pre-Trial Chamber II of the International Criminal Court ("ICC" or "Court") composed of Judges Cuno Tarfusser, Presiding, Chang-ho Chung, and Marc Perrin de Brichambaut who appended an individual opinion, delivered in open session its decision finding that South Africa failed to comply with its obligations by not arresting and surrendering Omar Al-Bashir to the Court while he was on South African territory between 13 and 15 June 2015. However, the Chamber considered that it is not warranted to refer South Africa's non-compliance to the Assembly of States Parties ("ASP") or the Security Council of the United Nations ("UNSC").

The Chamber considered that, for the purposes of the situation in Darfur, Sudan is in an analogous situation to those of States Parties to the Statute as a result of the UNSC's resolution, under Chapter VII of the UN Charter, triggering the Court's jurisdiction in the situation in Darfur and imposing on Sudan the obligation to cooperate fully with the Court. By way of consequence, given that article 27(2) of the Statute is applicable to Sudan, the immunities of Omar Al Bashir as Head of State under customary international law do not apply vis-à-vis States Parties to the Rome Statute for the execution of the Court's request of his arrest and surrender for crimes under the jurisdiction of the Court allegedly committed in Darfur (Sudan). The Chamber therefore found that States Parties to the Rome Statute are under the duty to execute the warrants of arrest issued by the Court, and to implement the Court's request for the arrest of Omar Al-Bashir and his surrender to the Court The Chamber also added that the Host Agreement for the African Union Summit, by its own terms, did not provide immunity to Heads of State attending the Summit. Finally, the Chamber found that the arguments raised by South Africa in relation to the interactions with the Court between 11 and 13 June 2015 do not affect its finding that South Africa was under the duty to arrest Omar Al-Bashir and surrender him to the Court while he was on South African territory. For these reasons, the Chamber concluded that, by not arresting Omar Al-Bashir while he was on its territory between 13 and 15 June 2015, South Africa failed to comply with the Court's request for the arrest and surrender of Omar Al-Bashir contrary to the provisions of the Statute, thereby preventing the Court from exercising its functions and powers under the Statute in connection with the criminal proceedings instituted against Omar Al-Bashir.

Nevertheless, the Chamber considered, bearing in mind its discretional power, that a referral of South Africa's non-compliance to the ASP and/or the UNSC was not warranted. For this finding, the Chamber considered of significance that South Africa was the first State Party to seek from the Court a final legal determination on the extent of its obligations to execute a request for arrest and surrender of Omar Al-Bashir. In addition, the Chamber was not convinced that a referral to the Assembly of States Parties and/or the Security Council of the United Nations would be warranted in order to achieve cooperation from South Africa, in the light of the fact that South Africa's domestic courts have already found South Africa to be in breach of its obligations under its domestic legal framework and that any remaining issue concerning South Africa's obligations under the Statute was resolved by the Chamber in the decision.

The Chamber made its decision unanimously but Judge Marc Perrin de Brichambaut appended an individual opinion explaining that both Sudan and South Africa are Contracting Parties to the Genocide Convention. The Contracting Parties to this Convention have implicitly waived the immunities enjoyed by their State officials, including sitting Heads of State, for the purpose of prosecutions for the crime of genocide. It is recalled that the Court issued a warrant of arrest against Omar Al-Bashir, having found that there were reasonable grounds to believe that he is responsible for the crime of genocide. It follows that South Africa was under the obligation to arrest and surrender Omar Al-Bashir to the Court, as it would not have acted inconsistently with its "obligations under international law with respect to the […] immunity of a person […] of a third State" within the meaning of article 98(1) of the Statute.

Background: The situation in Darfur, Sudan, was referred to the Court by the United Nations Security Council in its resolution 1593 of 31 March 2005. The Prosecutor opened an investigation in June 2005. On 4 March 2009 and 12 July 2010, respectively, the ICC issued two arrest warrants against Omar Al-Bashir for five counts of crimes against humanity (murder, extermination, forcible transfer, torture and rape), two counts of war crimes (intentionally directing attacks against a civilian population as such or against individual civilians not taking part in hostilities, and pillaging), and three counts of genocide allegedly committed against the Fur, Masalit and Zaghawa ethnic groups in Darfur, Sudan, from 2003 to 2008.