Prior to her election as judge of the ICC, Judge Prost served as Chef de Cabinet for the President of the International Criminal Court for a two year term. Before joining the Court, she was appointed in 2010 as the first Ombudsperson for the Security Council Al Qaida Sanctions Committee.

In July 2006, after election by the United Nations General Assembly, she was appointed to sit as an ad litem judge of the International Criminal Tribunal for the former Yugoslavia on a multi-accused trial (Popovic et al) related to events at Srebrenica and Zepa.

Earlier in her career, Judge Prost worked for the Canadian Department of Justice for 18 years appearing before all levels of the Canadian courts, including the Supreme Court. For 7 years she served as Director of the International Assistance Group which is responsible for extradition and mutual legal assistance matters for Canada. She participated in negotiating over 40 extradition/mutual legal assistance treaties and was a member of the Canadian delegation for negotiating the Rome Statute of the International Criminal Court and related documents, as well as the UN Conventions against Transnational Organized Crime and Corruption.

Judge Prost also held managerial positions with the Commonwealth Secretariat and the UN Office on Drugs and Crime delivering a range of programmes for States on international cooperation, money laundering and asset forfeiture, counter terrorism, implementation of the Rome Statute, and combating organized crime and corruption.

Judge Prost graduated as a gold medallist from the University of Manitoba Law School. 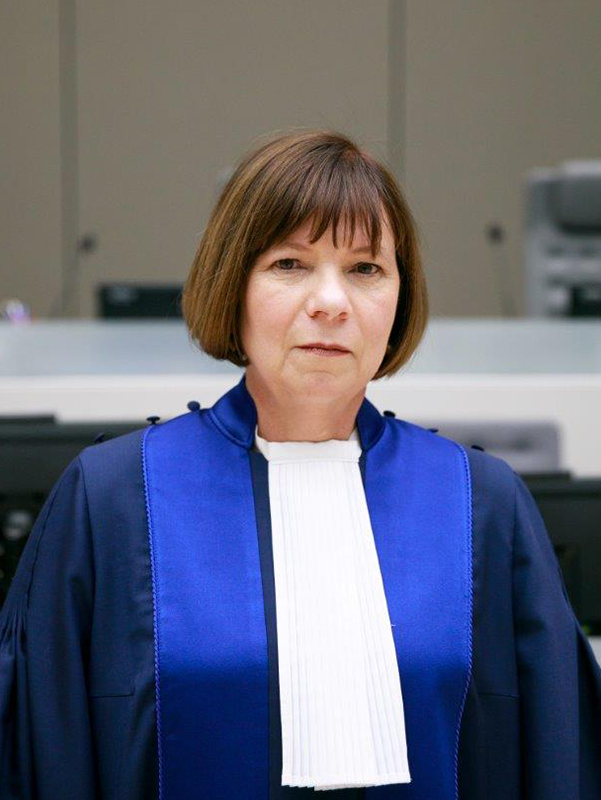