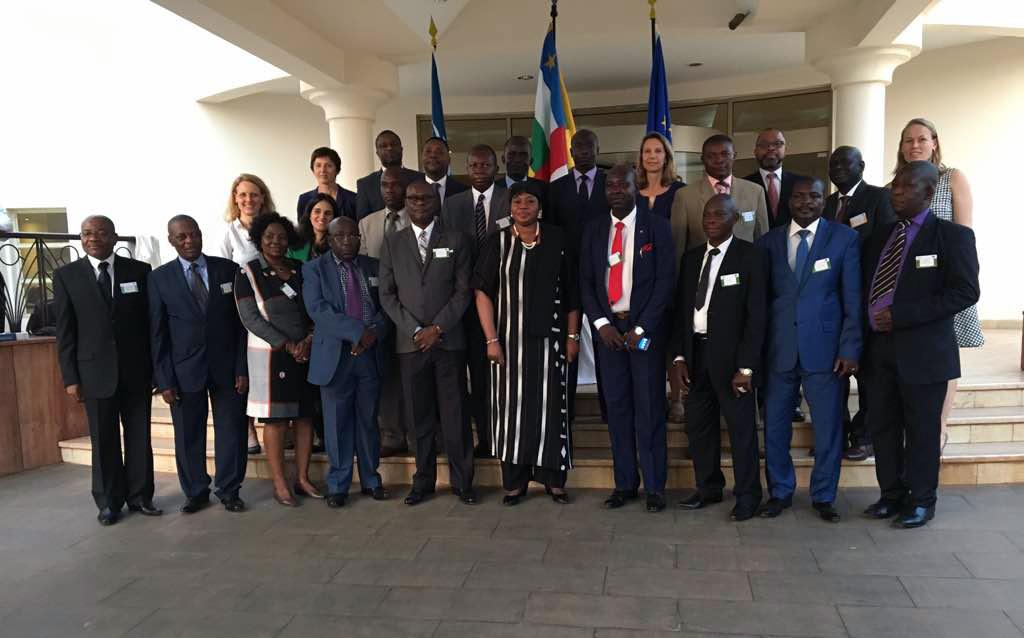 From 21- 23 March 2018, the Court organized a training for magistrates from the Special Criminal Court (SCC) for the Central African Republic (CAR). The training followed an appeal from the CAR authorities to reinforce the capacity of the SCC. The training also fitted within the wider commitment of the Prosecutor to work towards enhanced cooperation and complementarity between the work of the SCC, the CAR ordinary judicial system and the ICC.

The three training, financed through a court-wide EC grant, built forward  on  an  initial  theoretic training that was organized by the French Magistrates School in December 2017. As such, the training focused on an exchange of experiences and information, as well as best practices, through practical exercises and discussions with ICC staff from the OTP and the Registry, in a number of fields, including investigating and prosecuting grave crimes, witness protection, communications and outreach by the various organs of the Court and  cooperation.

Beyond the magistrates of the Special Criminal Court (that of the Prosecutors Office and the Juges d'Instruction), a number of magistrates from the ordinary judicial system in CAR, including from Bangui, Boar and Bambari, participated as well.

The training was opened the morning of the 21st of March 2018 by the CAR Prime Minister, Mr. Sarandji, the Prosecutor, Mrs Bensouda, the Head of MINUSCA, Mr. Onanga Anyanga and the EU Ambassador to CAR, Mrs Isopi. All speakers emphasized the importance of justice in CAR, on the SCC starting its activities and on cooperation between the SCC and the ICC, as well as with the ordinary judicial system. The opening was concluded by and exchange of letters between the SCC Prosecutor and Mme Prosecutor, in which the intent to cooperate was emphasized.

The training, the experiences and the information shared by ICC staff was very well received by all participants. Participants were all very enthusiastic and actively participating and contributing to the training sessions. Despite the different levels of knowledge of the participants, the practical exercises and group discussions allowed for all to contribute and apply the received information to their own context. It also identified fields in which further capacity building or attention is needed, such as witness protection. The training was evaluated very positively, with as key elements of feedback that the training was unfortunately quite short and that further training for magistrates of the CAR ordinary judicial system is required.

Background on the SCC

In June 2015, the law establishing the Special Criminal Court (SCC) was adopted. The Court, which forms part of the national judicial system, will cover crimes (war crimes, crimes against humanity and the crime of genocide) committed since 2003. The Special Criminal Court is gradually becoming operational, with the appointment of the Special Prosecutor, national magistrates, international investigative judges and investigators. It is foreseen that the SCC and the ICC will be closely working together. While respecting the mandates of the two institutions, efforts are ongoing to support and coordinate activities SCC and ICC activities.