Skip to main content
Statement of the Prosecutor of the International Criminal Court, Karim A.A. Khan QC, at the opening of the confirmation of charges hearing in the case against Mahamat Said Abdel Kani

Statement of the Prosecutor of the International Criminal Court, Karim A.A. Khan QC, at the opening of the confirmation of charges hearing in the case against Mahamat Said Abdel Kani 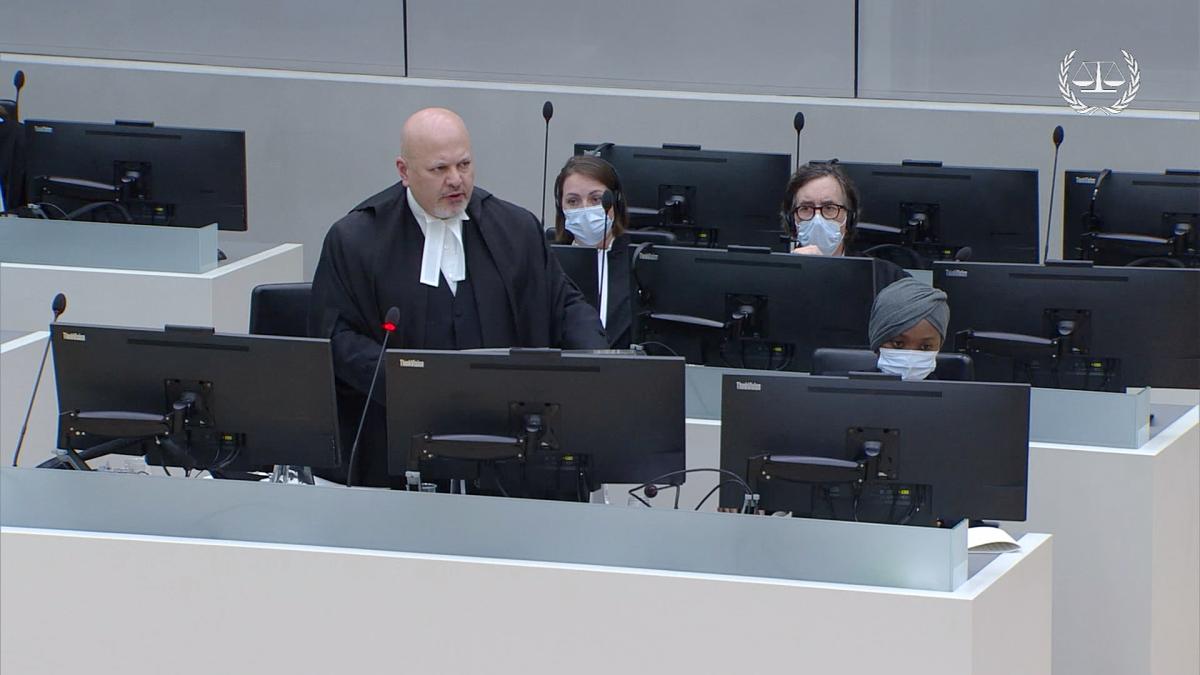 Mr President, Your Honours, it is a privilege to address you and this Chamber for the first time as Prosecutor of the International Criminal Court ("ICC" or the "Court").

One must start, of course, with recalling the resilience, the courage, and, indeed, the patience of the survivors, the witnesses, and the victims who have courageously come forward to the Office and have given very difficult accounts on which we rely to support this case and commend it for going to trial.

The fact that we are here today should not be taken as a given. In the last few months of 2019, the investigation being conducted by the Office was suspended because of want of resources. Then, of course, the investigations and work were affected like the rest of the world by the worldwide pandemic that continues until today.

But the fact that we are here today is a result of partnerships. Enough good people and enough people desirous of telling the truth have banded together to ensure that allegations can be subjected to due process and determined by independent and impartial judges. That's the beauty of this system and this Court in whose premises I have the honour to stand.

Significant thanks must be given to not just survivors and victims, they are in the first category but also to international organisations and non-governmental organisations, and I think it is right to say first and foremost to the national authorities of the Central African Republic (CAR). It was a desire for accountability that led the CAR to refer this situation to the Court back on 30 May 2014.

A great deal of credit goes to Your Honours, and this Pre-Trial Chamber that in less than 10 months since Mr Said was arrested, have put in place a very well structured set of proceedings to allow, consistent with the presumption of innocence, the allegations that I put before this Court to be properly scrutinised.

Mr Mahamat Said Abdel Kani is 51 years of age. We have heard the charges that have been read out against him, and Your Honours are all very familiar with the agony that was the CAR from 2012 onwards. For those who are not, perhaps I can be permitted to very briefly state what is well known. That President Bozizé, after almost one decade in power was ousted by the Séléka armed group, which was an amalgam of different factions that came together for that purpose, and the Séléka, mostly Muslims, targeted those that were perceived to be supporters of former President Bozizé, and they viewed these individuals as perceived supporters on account of various interlacing characteristics particularly, the evidence shows, those who were Christians. Those who resided in certain parts of Bangui. Those that worked in certain professions, those that had been employed by the previous government of President Bozizé. And also, in terms of detentions. The evidence overwhelmingly shows that predominantly men were targeted. These combined intersecting reasons found the charge of persecution contrary to article 7(1)(h) of the Rome Statute, namely persecution on political, ethnic, religious, and gender grounds.

It was this mistreatment that the Séléka were inflicting, these crimes that we say occurred, but also galvanised the community to create their own structures to defend themselves against those attacks and, in tandem with that, the former forces and elements and supporters of former President Bozizé reorganised themselves from the Democratic Republic of the Congo (DRC) and Cameroon and then they joined together in inflicting pain and misery on the people of the CAR.

Currently, as Your Honours know, before Trial Chamber V, in the Yekatom and Ngaïssona case, the allegations in relation to what was called the "Anti-Balaka movement" are under consideration. Unfortunately for the people of the CAR, they were also not spared by the Séléka and this case is but one snapshot -- one still picture of a course of criminality that requires review by this Chamber.

In my respectful submission, and Your Honours will decide in due course this is as straightforward a case as it is likely to come before this Court. This is not a case where Your Honours are going to be challenged to look at complicated theories of liabilities, of a military commander, or a civilian superior, removed from the theatre of conflict. It is a detention case. And we say the evidence overwhelmingly shows that Mr Said was in the room where it happened. He encouraged and facilitated it, but he also took part in beatings and mistreatment that justifies the forms of participation that are put in the document containing the charges. People were put in just appalling conditions with no regard for their humanity.

The conduct charged is of course alleged to be in the course of an armed conflict, not of an international character. Mr Said knew that his fellow citizens were targeted simply because they were viewed as perceived Bozizé supporters. But that was the singular reason where they -- why their humanity was disregarded, and their rights violated. He knew that his own conduct was in the context of this armed conflict, and it was in that context that people were being raped, people were being killed, and persecuted for that reason. Now one has to be clear, Mr Said is not being charged for those murders, for those rapes that are part of the underlying evidence in this case. But it is my respectful submission that he cannot, on any view, plead ignorance. It is important to note that from the evidence in support of these charges, at the time he was overseeing the Office Central de Répression du Banditisme (OCRB), the world was already aware of the rapes taking place. The groins from OCRB and the plaintiffs' cries that are mentioned in the evidence had reached all the way to Geneva and international organisations. An example, perhaps two, may suffice for the moment. In CAR-OTP-2001-1759, on page 1764, Human Rights Watch reports that in May 2013, rapes were alleged to have been committed in Bangui at the time Mr Said is said to have been actively involved in abducting people and interrogating people and helping in the running of the Comité Extraordinaire pour la Défense des Acquis Démocratiques (CEDAD) detention facility; the Office of the High Commissioner for Human Rights in Geneva, in their report of 12 September 2013 "Situation of Human Rights in the CAR", noted that people were being raped as perceived Bozizé's supporters in Bangui; they quote seven women being raped in one incident; from another source four women were raped and in another variety of sources they mention that a 12- year- old girl was raped.

Mr Eric MacDonald will in due course and with the leave of the Court, flesh out the evidence or highlight evidence that we say is of particular relevance to your Honours pending determination. But one thing is clear, in relation to the attacks in April 2013 and August 2013 at Boy-Rabe, the evidence discloses that Mr Said was present. This was not a well-kept secret; the crimes -- the scale, the link to the conflict and the discriminatory intent were open to everybody and unfortunately, particularly keenly felt by the civilians in the CAR.

The OCRB itself was a catalogue of misery.[..] The charges themselves perhaps speak for themselves -- beatings, whipping. People are being pinched with pliers and their lobes ripped off. But perhaps one particular form of odious torture and mistreatment signals the wanton disregard for the sanctity of human life that every individual, regardless of race or ethnic origin, has by virtue of their humanity -- and that is the arbatachar method of mistreatment.

I do not intend to refer to any confidential information in this hearing, and I would ask perhaps Your Honours to press evidence 2. A photograph can be displayed, which speaks volumes. This is a survivor -- somebody who by the grace and mercy of the Almighty lived to tell the tale and the wounds one sees on his arms and shoulder, it's P-547, are as a result of this arbatachar mistreatment where hands are tied together with ankles and elbows to contort the human body from its natural pose into an extremely painful debilitating form of cruelty. It was not a restraint. It was deliberately done. Your Honours, so painful was it for P-0547, that at page -- paragraph 59 of his statement he states it was so bad, the pain was so excruciating, he asked his tormentors to put him out of his misery and kill him.

In relation to the position -- another photograph speaks far more eloquently than I could hope to do. Your Honours will see on the screen two pictures; the hole below is the location where many of those unfortunate souls were placed in terrible conditions, without a toilet, food, or any type of care. Literally standing above them was Mr Said. We say that room and that area was his office. The evidence discloses that he used to frequent it. And perhaps it is quite apt that literally standing on their heads, trampling on their dignity, stamping on their rights, he cannot plead ignorance. The smell was awful. The proximity could not have been closer. This is the type of criminality that gave rise to the charges before Your Honours. When by the end of August, he was moved from OCRB, his superior, Nouradine Adam, appointed him to the CEDAD and, this was a facility of the intelligence services of the CAR which was turned with the assistance -- connivance and actions of Mr Said to an unofficial detention centre. And again, the same type of treatment of arbatachar, of beatings, of floggings continued and all of that is in the file.

Relatives were never informed where their loved ones were. They went missing sometimes for weeks. They didn't know. Some thought they had died, but that agony, that trauma that was inflicted by being held incommunicado, is captured in the charge of other inhumane acts. 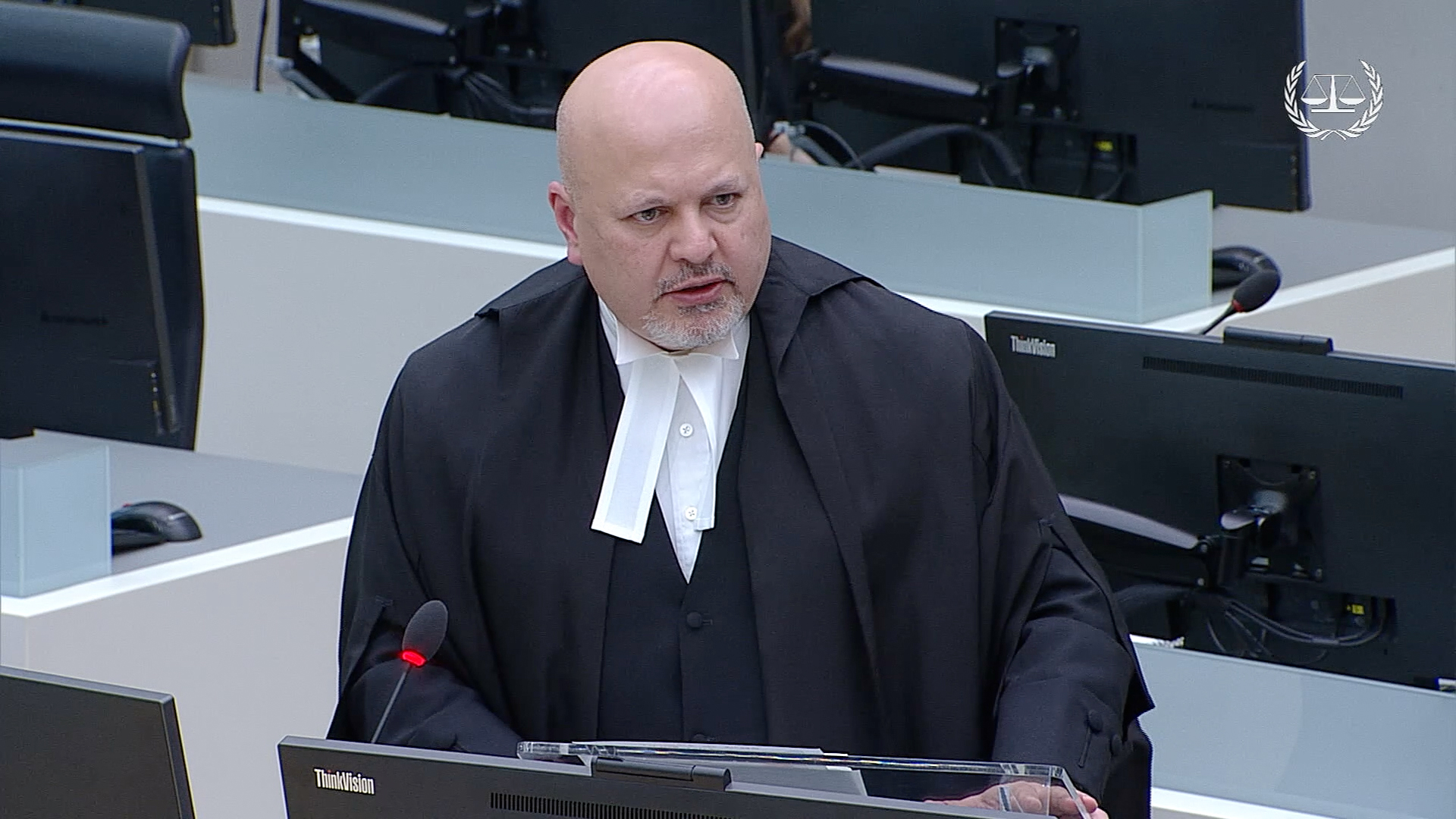 Upon commencing my term as Prosecutor, I instructed all the senior trial attorneys to certify whether or not their cases gave rise to a realistic prospect of conviction. Mr Eric MacDonald has so certified. For today's hearing we say manifestly the confirmation standard is met.

With your leave, the last word, of course, must go to the victims and survivors who have been waiting all these years for some form -- some modicum of justice and accountability.

I have them, Mr President, Your Honours , perhaps as many of us do, very much in my mind's eye. I have seen on the Court's Twitter account and on the Court's webpages different photographs of individuals in different locations following these proceedings. Can I just say that this Office and myself pledge to do our best to work closely with the people of the CAR to develop deeper bonds with them and with the national authorities of the CAR, the specialised Court of the CAR consistent with the principle of complementarity.

I have said repeatedly in various fora that the forum of justice is not important. The principle of justice is. But Your Honours , today, this Chamber is the forum, and Your Honours are the judges, and we are confident that after considering all the evidence, you will decide to commit this case to trial.

Your Honours, those complete my opening remarks, hopefully within the time limits. Thank you.