Skip to main content
Statement of the Prosecutor of the International Criminal Court, Fatou Bensouda, at the opening of the confirmation of charges hearing in the case against Ali Muhammad Ali Abd-Al-Rahman

Statement of the Prosecutor of the International Criminal Court, Fatou Bensouda, at the opening of the confirmation of charges hearing in the case against Ali Muhammad Ali Abd-Al-Rahman 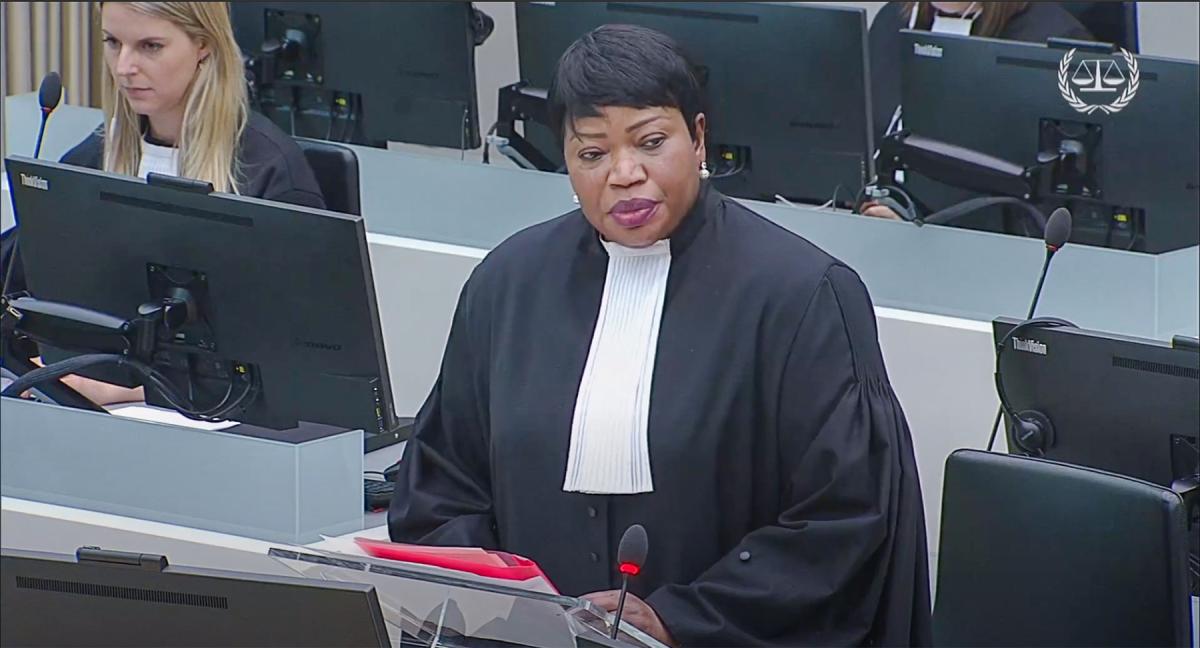 1. Thank you Mr President. On behalf of the Office of the Prosecutor, I am Fatou Bensouda, Prosecutor of the International Criminal Court. Today, I am joined by my learned colleagues, Mr Julian Nicholls, Senior Trial Lawyer and Ms Jasmina Suljanovic, Case Manager. It is my honor and privilege to address you today.

2. Mr President, Your Honours, Mr Ali Muhammad Ali Abd-Al-Rahman, known more commonly by his alias "Ali Kushayb", is charged with 31 counts of crimes against humanity and war crimes. These include crimes of torture, rape and murder of civilians in the Wadi Salih and Mukjar Localities of West Darfur State, between at least August 2003 and at least April 2004.

3. Let me now turn to Mr Abd-Al-Rahman. Feared and revered in equal measure as the "colonel of colonels", he was a senior leader of the infamous Janjaweed Militia in the Wadi Salih and Mukjar Localities during the charged period.

4. During this period, Mr Abd-Al-Rahman and his Janjaweed Militia Forces, acting with military and police forces of the then Government of Sudan, attacked predominantly Fur towns and villages. In the course of these attacks, in locations such as Kodoom and Bindisi, between about 15 and about 16 August 2003, civilians were attacked, raped and murdered. Their homes and villages were destroyed. Thousands were forcibly displaced. Many fled to larger towns, desperately seeking sanctuary.

5. In these larger towns, rather than finding protection, civilians were rounded up, arrested, and detained in various locations. In these circumstances, in Mukjar in late February/early March 2004 and then shortly after in Deleig, men were loaded onto vehicles, taken a short distance away, and executed in cold blood. Mr Abd-Al-Rahman was present at and directly participated in these callous crimes.

6. The evidence shows that Mr Abd-Al-Rahman was a knowing, willing and energetic perpetrator of these crimes. He played a crucial role, leading attacks, committing murders, and ordering other murders.

7. The conduct that forms the basis of the charges in this case was part of an armed conflict in Darfur between the then Government of Sudan, acting together with Janjaweed Militia forces on the one side, and on the other, the Sudan Liberation Movement/Army and the Justice and Equality Movement. Further, the acts that are charged as crimes against humanity were committed as part of a widespread and systematic attack against the civilian population in the Wadi Salih and Mukjar Localities.

8. The victims of the Suspect's crimes are countless and their suffering immense. The pain inflicted on the victims of these crimes persists. The region of Darfur is still grappling with the devastation brought about by these events. Entire villages were destroyed. Many inhabitants of these targeted villages remain in camps for internally displaced persons and refugees to this day, 14 years since the first arrest warrant was issued in the Darfur situation. I stand here today in solidarity with the victims.

9. My Office has worked in difficult times, and against great odds, to come to the point where we are today. But we have remained focused when most had abandoned hope of progress in the situation, and have looked at every opportunity to make progress in the case. Today, is a culmination of those efforts. A hearing on the confirmation of charges constitutes an important and concrete step in the process of seeking to achieve justice for the victims, through fair and transparent proceedings. In this case today, we seek justice for the victims of rape, murder, torture and other crimes committed in Darfur. Our evidence, we submit, will bear out the facts, the criminality and ultimately culpability in this case. My team and I are ready to present the Prosecution's case for the purposes of these confirmation of charges hearings. 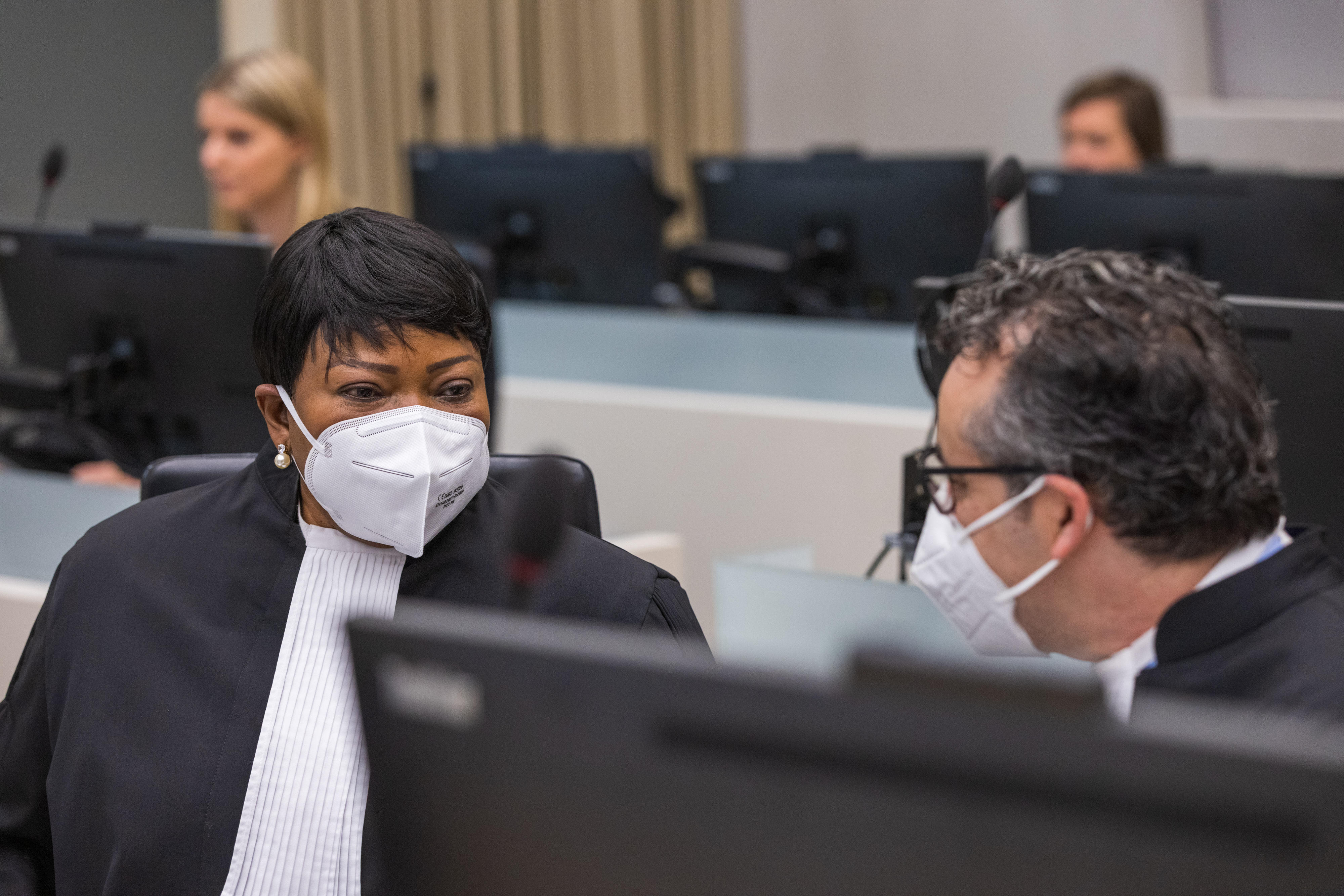 10. Mr President, Your Honours, through the course of the Prosecution's submissions, you will hear the accounts of witnesses whose lives have been shattered by the brutality and mercilessness of Mr Abd-Al-Rahman and his Janjaweed Militia forces.

11. You will hear how the Janjaweed Militia employed rape as a weapon to terrorise and humiliate Fur women and girls. Witness P-0011 describes being captured by a member of the Janjaweed as she fled the August 2003 attack on Bindisi:

QUOTE "He pulled me by the hand and threw me to the ground…he had a knife and used it to cut my skirt …he tied my right leg on to a tree with a plastic cord…He called me wife of Tora Bora…he put that part of his body…into my vagina…I screamed and another Faris (Janjaweed) came with a sword, put it on my mouth and said he would cut me if I screamed…" END QUOTE

12. Under my leadership as Prosecutor, we have made it abundantly clear that we will, as a matter of strategic priority, pursue those who commit sexual and gender-based crimes and use rape as a weapon or convenient crime in war, and will charge perpetrators where the evidence supports such charges. These crimes must stop.

13. In another instance, Your Honours, in Mukjar, one Fur man later told his family that he was so severely tortured he would have preferred to have been killed. The torture he endured changed his life and to this day, he cannot sleep on his back, his injuries are so severe.

14. In Deleig, Witness P-0850 describes traumatised Fur women and children fleeing to Deleig after their village was attacked:

QUOTE "We were exhausted and extremely hungry and thirsty. Our feet were cut and swollen as we were walking barefoot. My clothes were infested with lice. The children could no longer walk, requiring them to be carried. Mothers did not have enough clothes to cover their babies." END QUOTE

15. Mr President, Your Honours, on a more personal note, I have been involved in investigating and prosecuting this case since the Darfur situation opened in June 2005. In this, perhaps my last court appearance as Prosecutor of the International Criminal Court, it is my great privilege to be present here today when finally one of the suspects in the Darfur situation is before this Court to face independent and impartial justice. Let me express my sincere respect and admiration for the courage, patience and resilience of the Darfur victims, who have waited so long for this day to arrive. Their patience has not been in vain, and their courage in the face of great adversity, is a source of great admiration.

16. I seize the opportunity to express my heartfelt thanks and respect to the inspirational witnesses, victims and other individuals and organisations who continue to do everything in their power to pursue justice and accountability for the atrocity crimes committed in Darfur. I will be expressing this sincere sentiment when I visit Sudan, including Darfur next week in my last mission to the country as ICC Prosecutor.

17. The developments in Sudan give renewed hope for justice and accountability for the victims of Darfur and with this case and these hearings, we have begun that necessary process to achieve that necessary and long overdue goal.

18. To conclude, Mr President, Your Honours, the evidence in this case demonstrates that there are substantial grounds to believe that Mr Abd-Al-Rahman committed the alleged crimes. I respectfully request that this Honourable Chamber confirm all charges and commit this case for trial.

19. Before I yield the floor, with your indulgence, Mr President, Your Honours, allow me to introduce the presentations my team will make in the remainder of our time:

20. Thank you, Mr President, Your Honours for your time and attention.