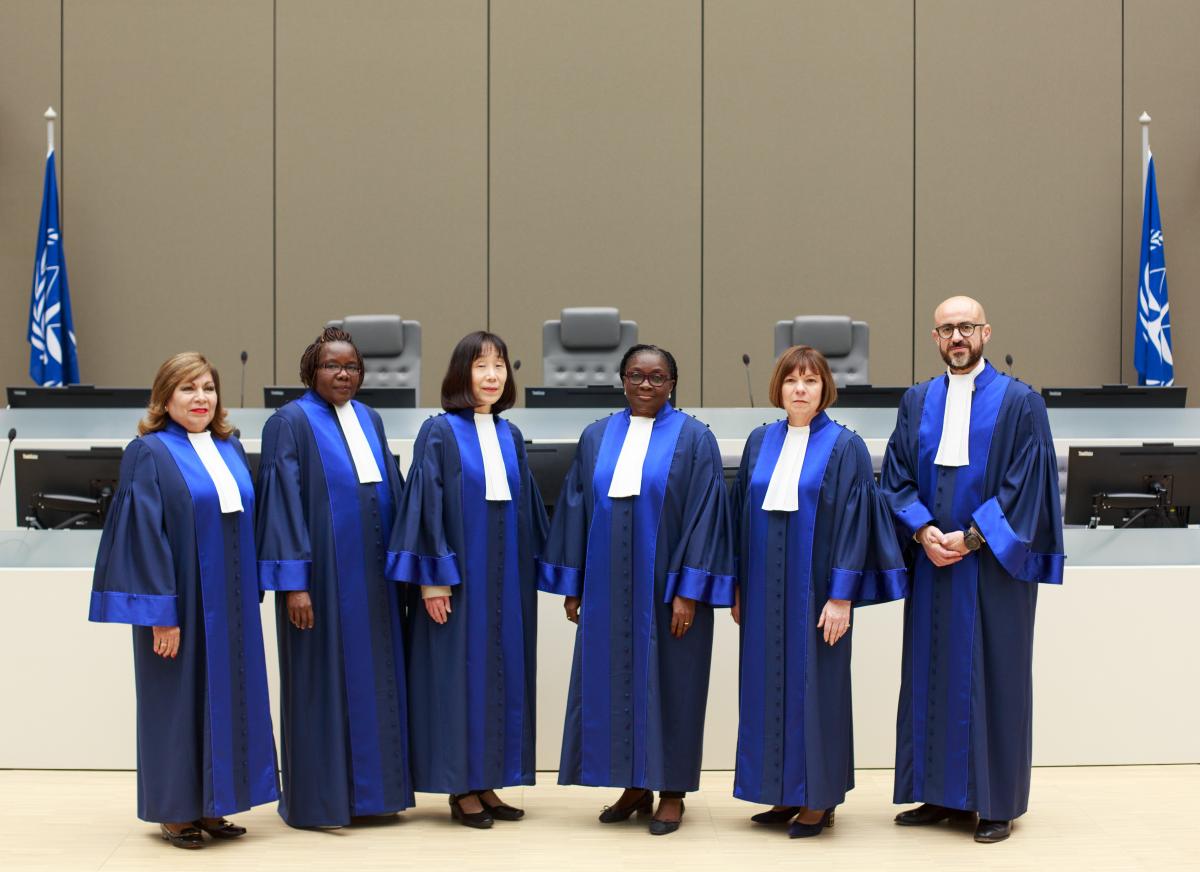 Today, 9 March 2018, six new judges of the International Criminal Court (ICC) were sworn in at a ceremony held at the seat of the Court in The Hague (Netherlands). Judges Luz del Carmen Ibañez Carranza (Peru), Solomy Balungi Bossa (Uganda), Tomoko Akane (Japan), Reine Alapini-Gansou (Benin), Kimberly Prost (Canada) and Rosario Salvatore Aitala (Italy) were elected for nine-year terms during the sixteenth session of the Assembly of States Parties (ASP) to the Rome Statute in December 2017.

The judges made a solemn undertaking in open court before the President of the ASP, H.E. Mr O-Gon Kwon, stating: "I solemnly undertake that I will perform my duties and exercise my powers as a judge of the International Criminal Court honourably, faithfully, impartially and conscientiously, and that I will respect the confidentiality of investigations and prosecutions and the secrecy of deliberations".

ASP President H.E. Mr O-Gon Kwon welcomed the new judges to the Court: "Delivering international justice is no easy task; the victims of the most serious international crimes look to these judges to administer justice in situations that have deeply affected their lives and their communities. The accused deserve to have trials conducted in a fair, effective and impartial manner. The credibility and legitimacy of the Court will, to a great extent, be reflected in your ability to be fair and impartial judges and your judgements."

ICC President Silvia Fernández de Gurmendi stated: "Our six new colleagues join the Court at a very challenging time. In the last years, judges have played a leading role in efforts to enhance the efficiency and effectiveness of proceedings and the quality of justice that is delivered. I am confident that such efforts will continue and be enriched by the new ideas and experience of our new colleagues that join the Court today."

Also attending the ceremony were the judges of the International Criminal Court, ICC Prosecutor Fatou Bensouda, ICC Deputy Prosecutor James Stewart, ICC Registrar Herman von Hebel, ASP Vice-President H.E. Ambassador Momar Diop, as well as the President and Vice-Presidents of the International Criminal Court Bar Association, Mr Karim Khan, Mr Chief Charles Taku and Mr Jens Dieckmann, together with a large number of diplomats and other high-ranking guests, representatives of other international organisations in The Hague and members of the civil society.

The International Criminal Court has a bench of 18 judges who are nationals of States Parties to the Rome Statute. Judges are chosen from among persons of high moral character, impartiality and integrity who possess the qualifications required in their respective countries for appointment to the highest judicial offices. The election of the judges takes into account the need for the representation of the principal legal systems of the world, a fair representation of men and women, and equitable geographical distribution.