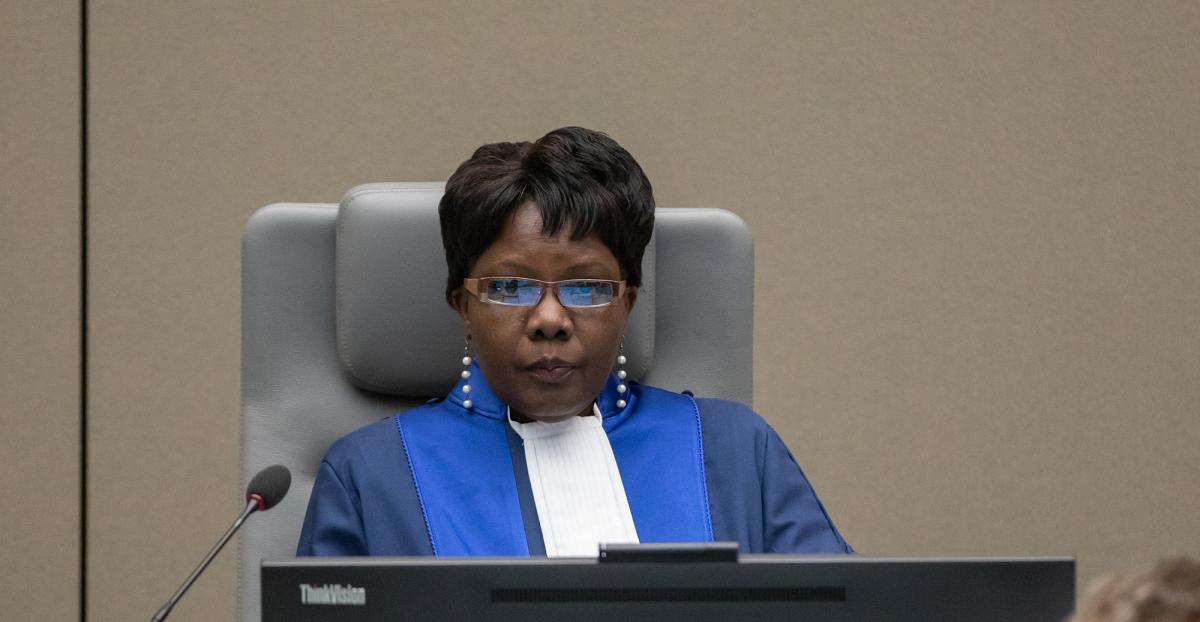 Judge Solomy Balungi Bossa, presiding on the delivery of the judgment of the Appeals Chamber of the International Criminal Court on 2 September 2019 at the seat of the Court in The Hague, Netherlands ©ICC-CPI

On 2 September 2019, the Appeals Chamber of the International Criminal Court ("ICC" or "the Court"), Judge Solomy Balungi Bossa presiding, delivered its judgment and rejected the appeal of the Prosecutor against the decision of Pre-Trial Chamber I on the "Application for Judicial Review by the Government of the Union of the Comoros"' of 15 November 2018. The Appeals Chamber's judgment was taken by majority, with Judge Chile Eboe-Osuji and Judge Luz del Carmen Ibáñez Carranza issuing partly dissenting opinions.

The Appeals Chamber Judgment today confirms the Pre-Trial Chamber's decision of 15 November 2018 to the effect that the Prosecutor must reconsider her decision on the Comoros' referral, by 2 December 2019, in light of the specific directions of the Pre-Trial Chamber's 16 July 2015 Decision and the directions of the Appeals Chamber in its judgment. The Appeals Chamber nevertheless maintained, Judge Eboe-Osuji and Judge Ibáñez dissenting, that the 'ultimate decision' as to whether or not to initiate an investigation is that of the Prosecutor.

Judge Ibáñez Carranza issued a separate and partially dissenting opinion. She focuses on i) the scope of authority that the Rome Statute has granted the pre-trial chambers to ensure prosecution of heinous crimes in cases where the Prosecutor decides not to investigate, and the scope of this power including the review mandate coming out of article 53(3)(a), ii) in the context of judicial review and in compliance with a judicial request for reconsideration, the new Prosecutor's decision cannot amount to the last word, iii) the Prosecutor is obliged to comply with the pre-trial chamber's determination and follow its ratio decidendi. Judge Ibáñez Carranza concludes that the Prosecutor is bound to comply with the Pre-Trial Chamber's decisions and follow the ratio decidendi, particularly the interpretations of law and their application to the facts regarding the five errors identified in the 16 July 2015 Decision.