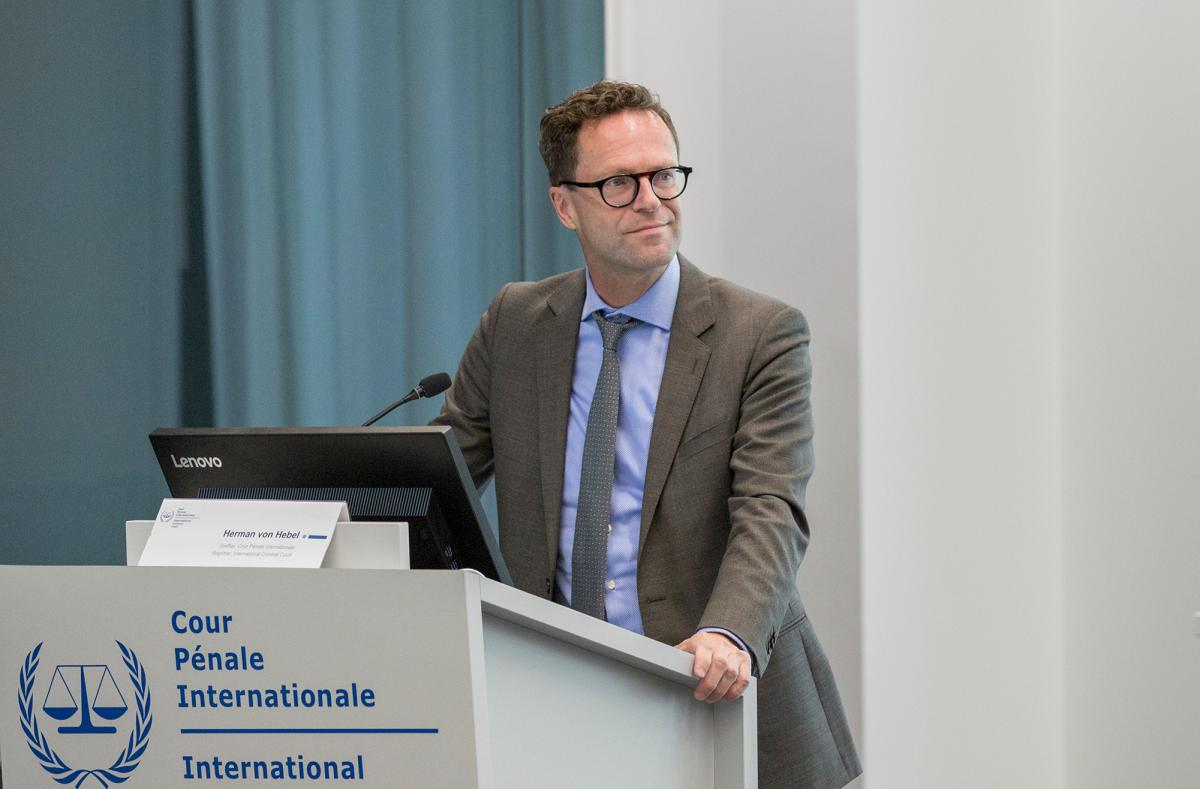 Today, 16 April 2018, the Registrar of the International Criminal Court, Herman von Hebel, published an end of mandate report, reflecting on the past five years of his mandate and summarizing the main achievements.

"What is common to all the achievements outlined in this report is that they are grounded in three fundamental goals, which have guided me throughout my mandate: regaining the trust of all Registry clients, improving the quality of the Registry's work, and implementing measures on savings and efficiencies," Registrar von Hebel said.  "I hope that the report may be useful to all those interested in the work of the International Criminal Court in general and of the Registry in particular, including those whose turn it is to lead the Court and the Registry now and into the future."

The report focuses on eight areas where, in the view of the Registrar, there have been some defining moments of his mandate: one-Court principle; witness support and protection; legal office; external relations and field operations; communications, outreach and victims; staff welfare and human resources; efficiencies and effectiveness against increased workload; and the reorganisation of the Registry.

The Registrar concludes that he is convinced that he leaves a much better functioning Registry. "The Registry today is a trusted service provider, fit-for-purpose but also ready to continue to further fine-tune its operations."