Skip to main content
Reflections of the President of the ICC, Judge Chile Eboe-Osuji, on the 75th Anniversary of Auschwitz Liberation: 'Never Again' Must Not Be a Meaningless Mantra

Reflections of the President of the ICC, Judge Chile Eboe-Osuji, on the 75th Anniversary of Auschwitz Liberation: 'Never Again' Must Not Be a Meaningless Mantra 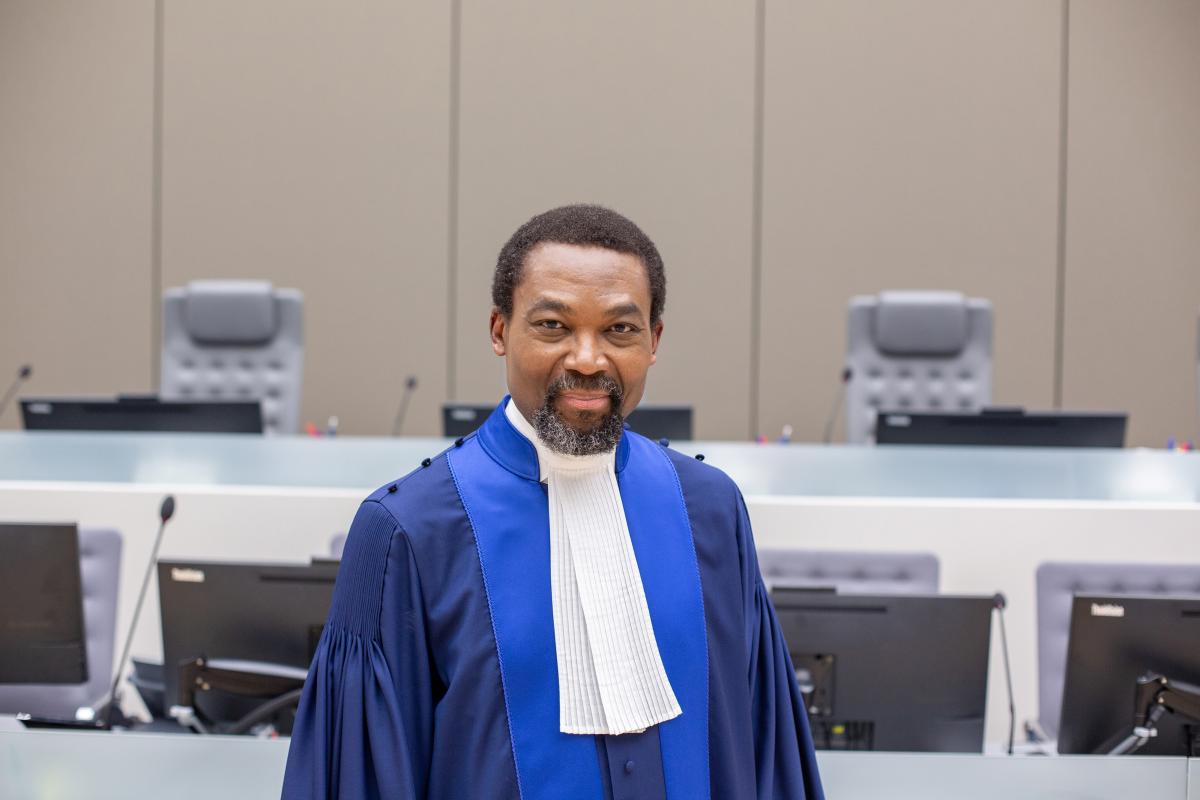 As a judge of the International Criminal Court (ICC), one of the most humbling and vocationally defining experiences was our visit to Auschwitz three years ago during a judicial retreat. A particularly poignant aspect of the visit was seeing the room piled full of clothing items that belonged to the victims. They had been required to shed their shoes and glasses before being ushered into the gas chambers - that the victims had been deceived into believing to be communal 'showers' - so that the incineration of their bodies could be carried out more efficiently.

The world should visit Auschwitz more often. For, the genocide that Auschwitz memorialises must remain an enduring memorial of the human capacity for evil when allowed to roam free.

Today, 27 January 2020, the world marks the 75th anniversary of the liberation of Auschwitz. It is right that world leaders should gather together as they did last Thursday to mark the anniversary. And we must all reflect.

A guiding ethos of the world order following World War II – that was coeval with the Holocaust – was engraved in the commitment of 'never again'. Yes, it bears repeating that the Holocaust remains the paradigm testament of the human capacity for evil. As a global undertaking, however, 'never again' was meant to stand against human atrocities of even lesser scale – so that humanity is never again to endure atrocity on the scale of the Holocaust. But, did 'never again' really mean anything? Or was it merely a self-serving salve to the world's apathy and gutlessness that appeased and pleased a regime that hijacked the genius and might of one of the most powerful nations on earth, to commit a brand of evil that debased us all? It may be significant that in the decades following the liberation of Auschwitz, the world witnessed other atrocities – in the forms of war crimes, crimes against humanity and, yes, genocide.

It was to take events like the genocide against Rwandan Tutsis, and crimes against humanity committed in the former Yugoslavia, for the world finally to take firm action that gives concrete instrument to the 'never again' undertaking. That was the creation of the International Criminal Court.

As an actionable undertaking, 'never again' is a defiant pledge indeed. It communicates a promise of arduous struggle against an opposing foe — evil. It is in that light that the political attacks deployed against the ICC — since it commenced its work in 2002 — oddly make some sense. The ICC must be allowed to do its work undistracted by attacks directed against it in obvious strategy to intimidate. But it may well be wishful thinking to hope for an end to political attacks against the Court: as there is no readily available strategy to stop such attacks, short of those occasions when a particular attack crosses the line into the territory of a distinct offence prosecutable under article 70 of the Rome Statute.

We are thus left to recognise the significance of these political attacks. It is in the nature of the ICC's mandate to attract resistance – and the resistance shows that the court is making a difference. It shows that the court cannot be ignored by those whose preference is to leave innocent victims at the mercy of heinous crimes.

Yes, it is in the very mandate of the Court to get in the way of atrocities — to stand against them. And, yes, it is better for the Court to draw the ire of potential forces of violations — and of those who see an interest in condoning such violations — than that their hellfire is allowed to rain unobstructed upon defenceless, innocent victims. Thus, comfort may be taken in the realisation that the political attacks against the ICC are a veritable signal that the Court is doing its work as it should – precisely by engaging in the very struggle that is inherent in the vow of 'never again'.

The vow requires the world to stand hard and resolute against the danger of anti-Semitism and all other kinds of racism and religious bigotry — which always carry in their logic the associated risk of atrocity crimes motivated by them. The ICC is a newfound global instrument through which the world can take that stand.

From the perspective of the ICC the vow of 'never again' is a shared responsibility regarding which the ICC stands ready to play its part. That part requires the ICC to put itself between the victims and the atrocities that the world had in mind when creating the ICC — even if this means brooking political attacks against the Court itself.

And, for its part, the world must continue to support and nurture – in the most robust way – that institution of accountability that it established as a monument to the actionable vow that the world should 'never again' allow our shared humanity to endure a genocide, crimes against humanity, war crimes and the crime of aggression – without effective objection.