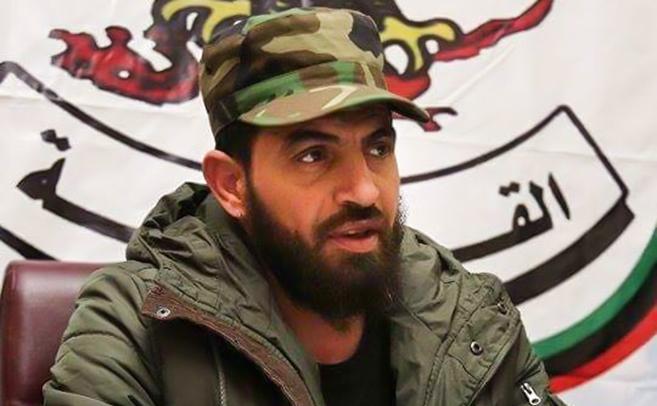 On 15 August 2017, Pre-Trial Chamber I of the International Criminal Court ("ICC" or the "Court") issued an arrest warrant for Mahmoud Mustafa Busayf al-Werfalli. The Chamber found reasonable grounds to believe that Mr al-Werfalli committed murder as a war crime for allegedly directly participating in seven incidents in which 33 individuals were killed.

On 21 August 2017, the Court formally requested Libya's cooperation in the arrest and surrender of Mr al-Werfalli to the ICC. The Libyan authorities have the primary responsibility to arrest and surrender Mr al-Werfalli to the custody of the Court, and I have called upon them to use all means in their reach to do so immediately. I reiterate that call.

I note that following the issuance of the arrest warrant, the General Command of the Libyan National Army ("LNA") issued an official statement reporting that Mr al-Werfalli had been arrested and was under investigation by the military prosecutor. The LNA's statement also expressed gratitude to the ICC for its "efforts in finding stability, public security and protecting people from the scourge of war and conflicts."

While I welcome these reports, as well as the LNA's supportive words for the ICC's work, in the absence of an admissibility challenge from the competent Libyan authorities and a decision by ICC Judges suspending Libya's obligation to arrest and surrender Mr al-Werfalli, Libya remains under a legal obligation to immediately arrest and surrender the suspect to the Court.

I have also received reports alleging conversely that the suspect is at large and may have been involved in additional killings since the ICC warrant of arrest was issued. My Office is currently investigating these reports. I am gravely concerned about these new allegations, and generally about further violent loss of life in Libya, irrespective of the status of the perpetrators or their affiliation.

My Office remains firmly committed to its independent and impartial mandate and to bringing justice to the victims of mass atrocities in Libya. As this latest arrest warrant demonstrates, our investigations and work in Libya continue.

Mr al-Werfalli stands accused of serious crimes.  I therefore again call on Libya to take all possible steps to immediately arrest and surrender him to the ICC.

I also invite the LNA to demonstrate its stated support for the Court by working with the Libyan authorities to facilitate Mr al-Werfalli's immediate surrender to the ICC so that his guilt or innocence can be established before the Court's judges, with full respect for his due process rights.

Similarly, I again appeal to all States, including members of the United Nations Security Council, to support Libya's efforts to ensure the arrest and surrender of Mr al-Werfalli to the Court without further delay.

Bringing safety, security and stability to Libya is a must. So is fighting impunity in Libya for the grave crimes under the Rome Statute, and by so doing, contributing to their prevention. The pursuit of stability and accountability for atrocity crimes are mutually reinforcing.

The Office of the Prosecutor of the ICC conducts independent and impartial preliminary examinations, investigations and prosecution of the crimes of genocide, crimes against humanity and war crimes. The Office has been conducting investigations in: Uganda, the Democratic Republic of the Congo, Darfur (Sudan), the Central African Republic (two separate investigations), Kenya, Libya, Côte d'Ivoire, Mali and Georgia. The Office is also conducting preliminary examinations relating to the situations in Afghanistan, Colombia, Gabon, Guinea, Iraq/UK, Palestine, Nigeria, Ukraine, Burundi, and the registered vessels of Comoros, Greece and Cambodia.