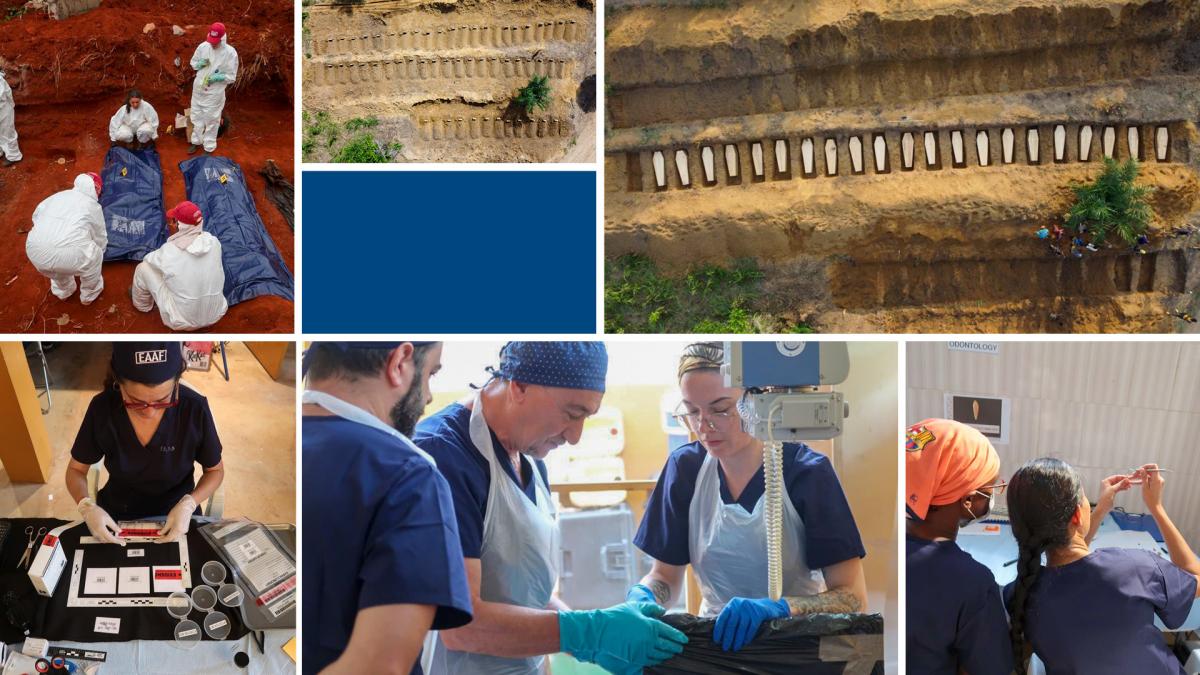 The Prosecutor of the International Criminal Court (“ICC”), Karim A. A. Khan QC, today announced the completion of a key stage in the work of an expert forensics team deployed by his Office to the Central African Republic (CAR). Through partnership with the Argentine Forensic Anthropology Team and Columbia Law School Human Rights Clinic, the Office of the Prosecutor worked to conduct the exhumation and forensic examination of a number of alleged victims in support of ongoing investigations into crimes committed in CAR during the 2013 conflict.

Carrying out this work in close coordination with national authorities, the OTP expert team completed full forensic examinations, including autopsies and analysis of artefacts. To support the identification of victims, DNA samples were collected both from remains and from the families of victims.

Recognising that the exhumation of remains is a deeply impactful moment for local communities, Prosecutor Khan underlined that the OTP had sought to ensure that this work was carried out in a manner demonstrating respect for local customs and a will to fully engage with the families of victims. “The conduct of forensic activities can be crucial in advancing our work to get to the truth and ultimately deliver justice for victims and survivors. But it is also a moment that can give rise to deep sorrow and a reliving of experiences by affected communities. It is essential that this work is done in partnership with them. We must ensure they feel empowered as part of this step towards accountability”.

The Office was grateful for the strong cooperation of CAR national authorities and local communities, including collective work to return identified remains to families for burial in line with local cultural and religious traditions. Work now continues to identify further remains exhumed over the past month.

These activities were carried out in close collaboration with the Argentine Forensic Anthropology Team and Columbia Law School Human Rights Clinic who, at the request of the Office of the Prosecutor, have provided crucial and ongoing support with respect to the forensic work of the Office in CAR. This synergy has encompassed the deployment of over 20 technical experts from 10 countries, including archaeologists, pathologists, odontologists, anthropologists, ballistic experts and morgue technicians. The United Nations Multidimensional Integrated Stabilization Mission in the Central African Republic (“MINUSCA”) has also provided significant assistance in the planning and implementation of this work.

While highlighting the importance of these forensic activities to ongoing OTP investigations, the Prosecutor reiterated the broader value of collaboration with national authorities and other partners. He noted: “This deployment, which was preceded by an initial forensic mission in 2020, is aimed not only at advancing our independent investigations. The information and evidence collected through this process may also be drawn upon in the ongoing work of the Special Criminal Court for the Central African Republic (“the SCC”), as well as that of CAR national authorities. Through our partnership with national judicial, medical and police authorities we have also sought to exploit all opportunities for knowledge-transfer and to increase awareness regarding the role of forensic investigations in the process of discovering the truth and providing justice to victims. This has included support for capacity-building efforts aimed at renovating the Bangui General Hospital’s morgue and ensuring that high-quality technical equipment is available.”

The Prosecutor further stated: “Since taking up the position of Prosecutor in June last year, I have emphasised that the work of my office will be founded on the principles of partnership, creativity and of bringing our work closer to those impacted by Rome Statute crimes. This forensic operation, supported by multiple actors in a spirit of collegiality and common purpose, is a tangible example of how such principles can be converted into action. This is an important step in our efforts to bring justice to the victims of the serious crimes that took place in CAR and to deepen our collaboration with the SCC and national authorities”.

Deputy Prosecutor Mame Mandiaye Niang, who visited CAR recently to address the opening of the first trial at the seat of the SCC in Bangui, expressed his gratitude for the spirit of cooperation that had served to accelerate this work. “I wish to extend my sincere appreciation to all the partners that have allowed this multi-national and multi-disciplinary response to the crimes in CAR. This collaboration will strengthen the impact of the Office’s activities, will produce evidence for use in ICC proceedings, will enhance our complementarity efforts with the SCC and will assist in the identification of missing persons. We hope that in doing so we can bring some relief, some form of solace, to their families”.

Mr. Espoir Silvère Mbedjane Demonset, Deputy Prosecutor at the High Court of Bangui and the National Forensic Science focal point for this activity, noted that: “These activities demonstrated the level of cooperation of the Central African authorities with the Office of the Prosecutor of the International Criminal Court and the dedication to join efforts to establish the truth about the atrocious crimes committed in the CAR."

The Office expresses its deep appreciation and its gratitude to the national and local authorities of CAR, the Argentine Forensic Anthropology Team, Columbia Law School Human Rights Clinic, MINUSCA and other partners for their cooperation in these efforts.