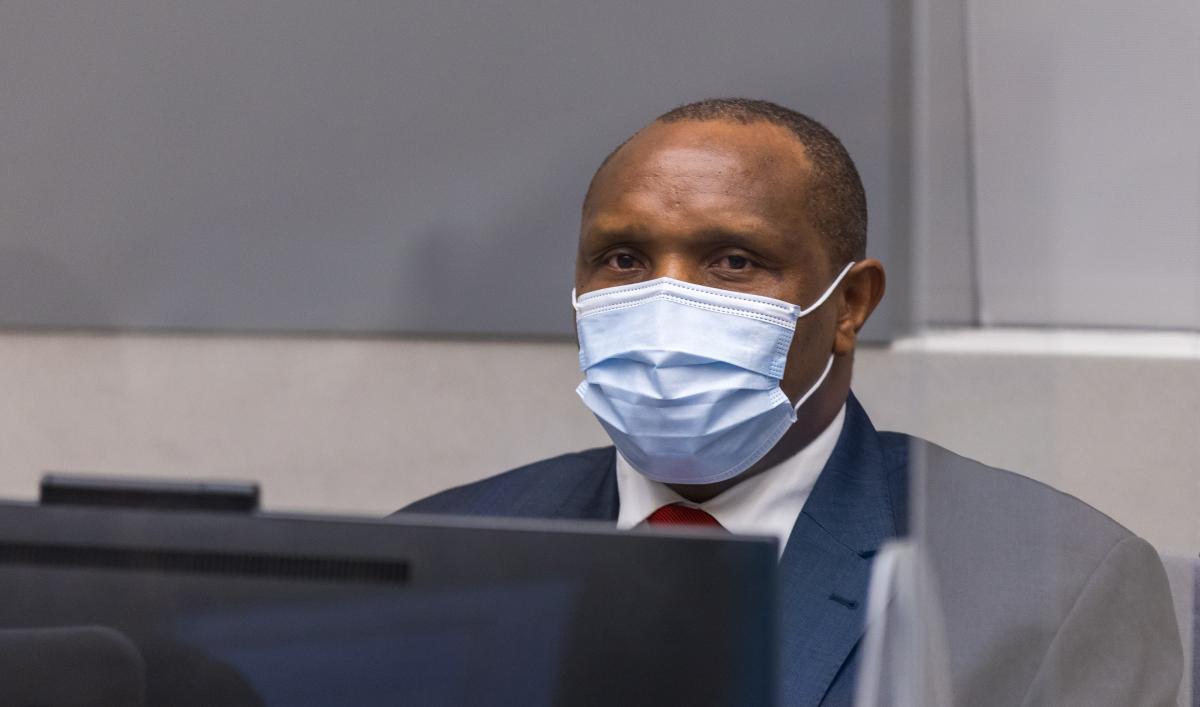 Today, 30 March 2021, the Appeals Chamber of the International Criminal Court ("ICC" or "Court") delivered its judgments confirming, by majority, the decision of Trial Chamber VI ("Trial Chamber") of 8 July 2019, which found Bosco Ntaganda guilty of 18 counts of war crimes and crimes against humanity, committed in Ituri, Democratic Republic of the Congo, in 2002-2003. Furthermore, the Appeals Chamber unanimously confirmed the Trial Chamber's decision of 7 November 2019, by which Mr Ntaganda was sentenced to a total of 30 years of imprisonment. The conviction and the sentence are now final.

Mr Ntaganda and the Prosecutor had appealed the verdict and Mr Ntaganda appealed the sentencing judgment. In today's hearing, Judge Howard Morrison, Presiding Judge in these appeals, read a summary of the judgments in open court in the presence of Mr Ntaganda. Due to the COVID-19 restrictions the judgment was delivered on a partially virtual basis, with participation either from the seat of the Court, or from separate locations outside the Court.

In relation to the appeal against the sentence imposed, the Appeals Chamber rejected Mr Ntaganda's challenge to the Trial Chamber's assessment of his degree of participation in and knowledge of the crimes, including the crime of sexual enslavement and rape of civilians. Likewise, Mr Ntaganda's challenges to the Trial Chamber's assessment of alleged aggravating circumstances (related to the crime of intentionally directing attacks against civilians) and mitigating circumstances (including the suffering and discrimination that he had endured as a result of his experience in the Rwandan genocide) were also rejected. Notably, with regard to the latter, the Appeals Chamber found that Mr Ntaganda's personal experience in the Rwandan genocide could not diminish his culpability given his criminal conduct and the gravity of the crimes for which he was convicted. 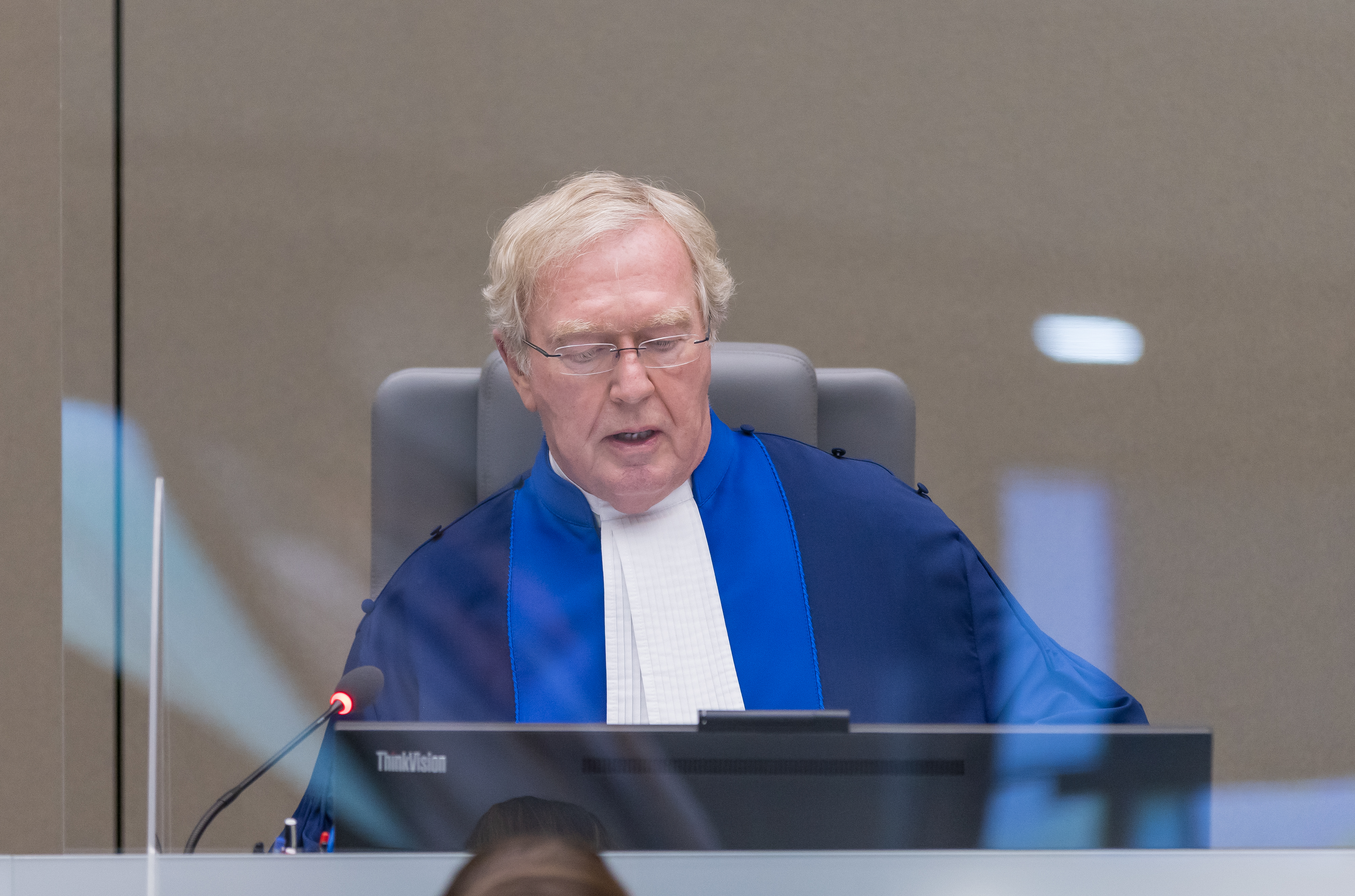 ICC Judge Howard Morrison, Presiding Judge in these appeals, reading the summary of the Appeals judgments on the verdict and sentence in the Ntaganda case ©ICC-CPI

The Appeals Chamber in these appeals was composed of Presiding Judge Howard Morrison, Judge Piotr Hofmański, Judge Luz del Carmen Ibáñez Carranza, Judge Solomy Balungi Bossa and Judge Chile Eboe-Osuji. Separate opinions were appended to the Appeals Chamber's Judgments. In their opinions, Judges Hofmański, Morrison, Eboe-Osuji and Bossa discuss the meaning of 'attack' in article 8(2)(e)(iv) of the Statute. In his opinion, Judge Morrison discusses indirect co-perpetration. In her opinion, Judge Ibáñez discusses the contextual elements of crimes against humanity, in particular, the requirement of a State or organisational policy to commit a widespread or systematic attack against any civilian population, and indirect co-perpetration as a mode of liability enshrined in article 25(3)(a) of the Statute. Finally, in his opinion, Judge Eboe-Osuji discusses the use of prior recorded statements, indirect co-perpetration and the legal interpretation of a State or organisational policy to commit an attack directed against any civilian population.

Summary of the judgments read in Court

Questions and Answers on the Appeals judgments: English; French

Photographs of the hearings

Background: The trial of Mr Ntaganda opened on 2 September 2015. On 8 July 2019, ICC Trial Chamber VI found Bosco Ntaganda guilty of 18 counts of war crimes and crimes against humanity, committed in Ituri, DRC, in 2002-2003 namely the following crimes against humanity: murder and attempted murder, rape, sexual slavery, persecution, forcible transfer and deportation ; and the following war crimes: murder and attempted murder, intentionally directing attacks against civilians, rape, sexual slavery, ordering the displacement of the civilian population, conscripting and enlisting children under the age of 15 years into an armed group and using them to participate actively in hostilities, intentionally directing attacks against protected objects, and destroying the adversary's property. On 7 November 2019, he was sentenced to a total of 30 years of imprisonment. On 8 March 2021, Trial Chamber VI delivered its Order on Reparations to victims against Mr Ntaganda, to be made through the Trust Fund for Victims.