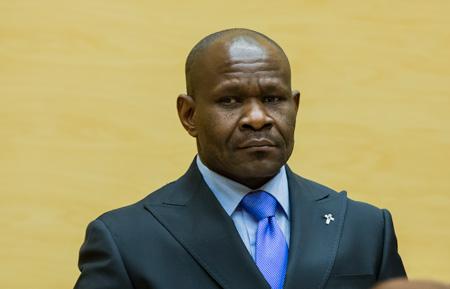 Today, 27 February 2015, the Appeals Chamber of the International Criminal Court (ICC) issued its judgment confirming, by majority, Trial Chamber II's decision of 18 December 2012 acquitting Mathieu Ngudjolo Chui of charges of crimes against humanity and war crimes. Judges Ekaterina Trendafilova and Cuno Tarfusser adopted a joint dissenting opinion and found that the Appeals Chamber should have amended or reversed the Trial Chamber's decision and ordered a new trial before a different Chamber.

Judge Sanji Mmasenono Monageng, Presiding Judge in this appeal, read in open court a summary of the Appeals Chamber judgment. Judge Monageng explained that the Chamber examined the three grounds of appeal raised by the Prosecutor against the acquittal decision and that the majority of the Appeals Chamber judges, which includes herself, Judge Sang-Hyun Song and Judge Erkki Kourula, rejected the Prosecutor's appeal and concluded that:

For these reasons, the Appeals Chamber, by majority, rejected the three grounds of the Prosecutor's appeal and confirmed the acquittal of Mr Ngudjolo Chui.

Background: Mathieu Ngudjolo Chui, alleged former leader of the Front des nationalistes et intégrationnistes [National Integrationist Front] (FNI), was acquitted, on 18 December 2012, of three counts of crimes against humanity (murder, rape and sexual slavery) and seven counts of war crimes (using children under the age of 15 to take active part in the hostilities; directing an attack against a civilian population as such or against individual civilians not taking direct part in hostilities; wilful killing; destruction of property; pillaging; sexual slavery and rape) allegedly committed on 24 February 2003 during the attack on the village of Bogoro, in the Ituri district of the DRC. On 21 December 2012, Mathieu Ngudjolo Chui was released from custody. On 20 December 2012, the Office of the Prosecutor appealed the verdict.

Question and Answers, Judgment on the appeal against the acquittal of Mathieu Ngudjolo Chui, 27 February 2015