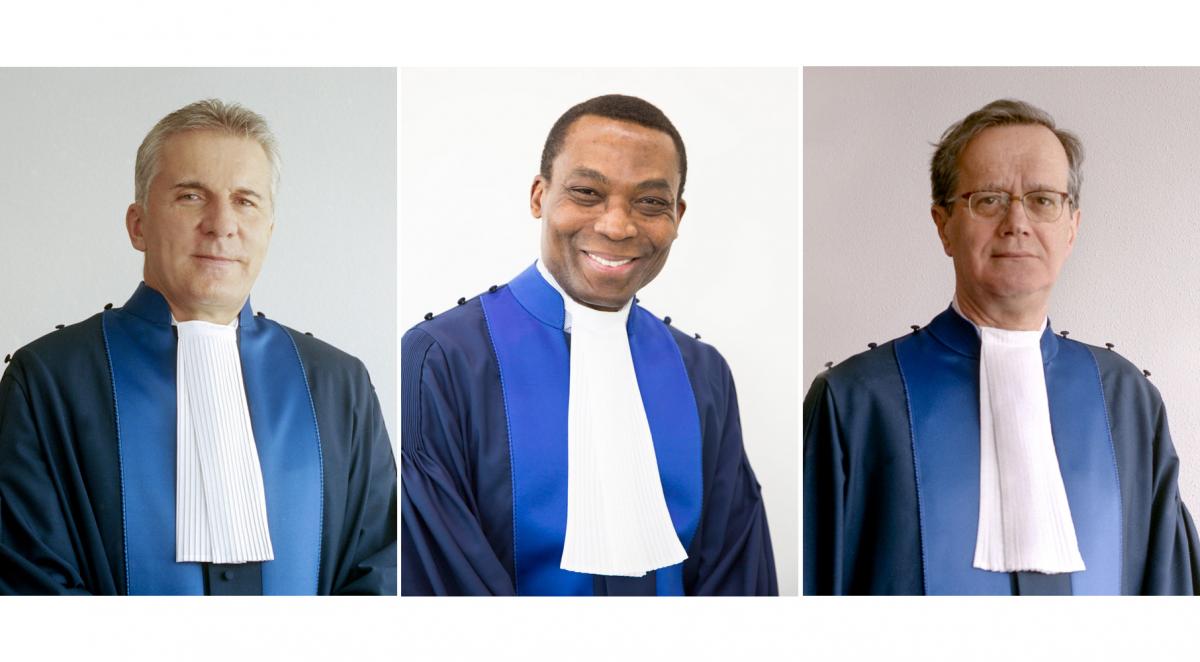 "I am deeply honoured to have been elected by my peers as President of the International Criminal Court. As I take up my duties, I feel encouraged that I am able to rely on the wide experience of the two Vice-Presidents, Judge Robert Fremr and Judge Marc Perrin de Brichambaut, both of whom I have closely worked with previously. I look forward to working together with them as well as with all the judges, all the Officials and the staff of the Court in a spirit of collegiality. I also look forward to collaborating with the Assembly of States Parties, civil society and the international community at large, acting together to strengthen and reinforce the Rome Statute system, the 20th anniversary of the adoption of which we celebrate this year", President Chile Eboe-Osuji stated following the election. "I am also grateful to the previous President, Judge Silvia Fernández de Gurmendi, and Vice-Presidents, Judges Joyce Aluoch and Kuniko Ozaki, for their work and leadership," he added.

The Presidency – consisting of the President and the two Vice-Presidents – plays a key role in providing strategic leadership to the ICC as a whole. The Presidency coordinates with the other organs and seeks the concurrence of the Prosecutor on matters of mutual concern. In accordance with the Rome Statute, the ICC's governing treaty, the Presidency is responsible for the proper administration of the Court, with the exception of the Office of the Prosecutor. The Presidency oversees the activities of the Registry and provides input into a broad range of administrative policies affecting the Court's overall functioning. Furthermore it conducts judicial review of certain decisions of the Registrar and concludes Court-wide cooperation agreements with States and international organizations.