Today, 7 March 2022, Mr Mame Mandiaye Niang and Ms Nazhat Shameem Khan gave their solemn undertaking and formally took office as the Deputy Prosecutors of the International Criminal Court ("ICC" or the "Court") during a ceremony held at the Seat of the Court in The Hague, The Netherlands. Mr Niang (Senegal) and Ms Khan (Fiji) were elected as ICC Deputy Prosecutors on 10 December 2021, for a nine-year term, at the twentieth session of the Assembly of States Parties ("ASP") to the Rome Statute.

In accordance with article 45 of the Rome Statute, the founding treaty of the ICC, the ceremony was held in open court. The ceremony was presided over by ICC President, Judge Piotr Hofmański. President Hofmański stated: "The solemn undertaking of an elected official is always a special occasion in the life of the International Criminal Court. It is so for the institution, which welcomes the arrival of a new senior official who will give their contribution to shaping the Court's future course. And it is so for the person taking the oath, who embarks on a major new part of their professional career."

The Vice-President of the Assembly of States Parties, H.E. Ambassador Kateřina Sequensová, speaking on behalf of the ASP, welcomed the arrival at the Court of Mr Niang and Ms Khan and "the robust support they would bring to the institution". She noted that Mr Niang and Ms Khan had "an extensive experience in international criminal justice and that they would be of great assistance to Mr Karim Khan." 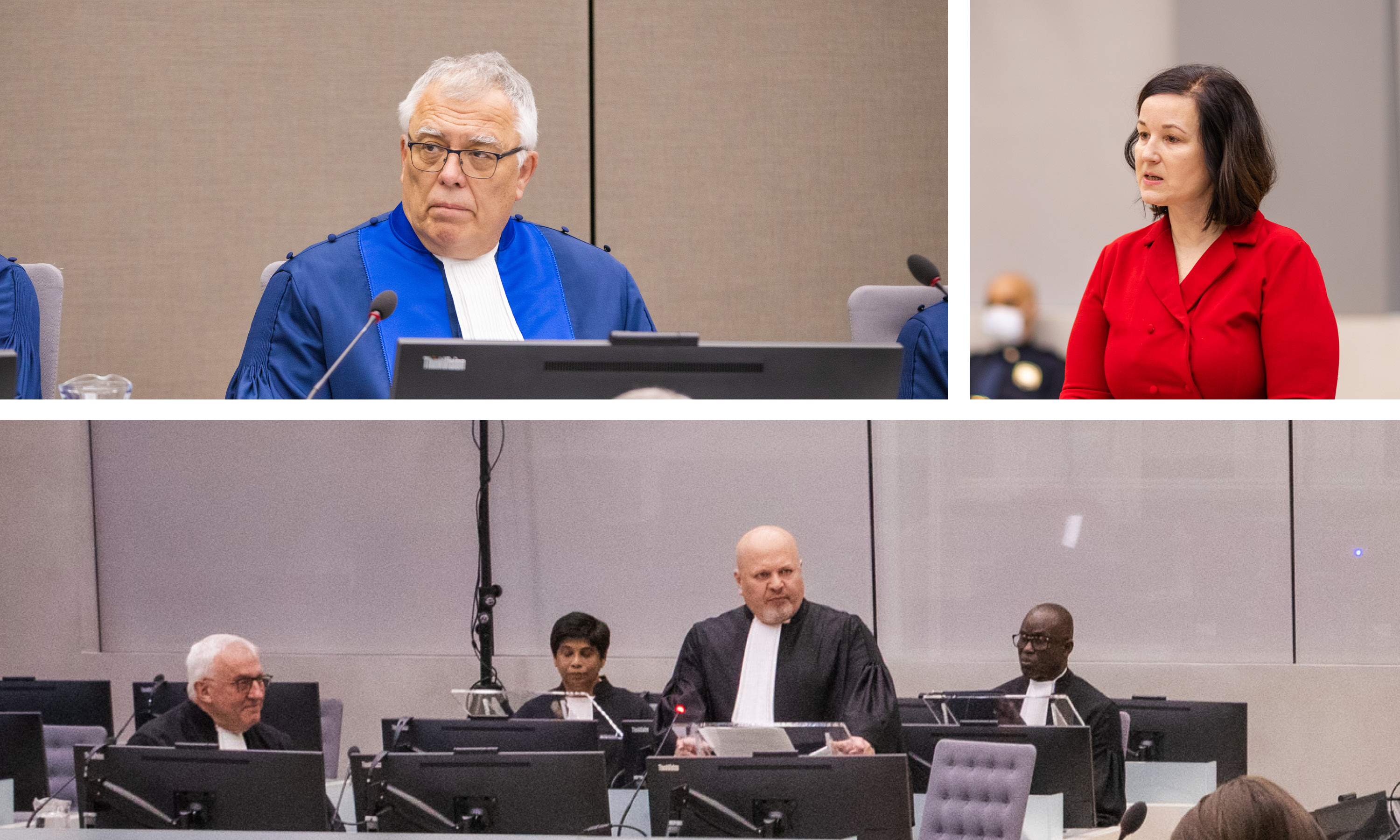 Speaking at the Ceremony, ICC Prosecutor Karim A.A. Khan QC said: “I am delighted to welcome Deputy Prosecutors Nazhat Shameem Khan and Mame Mandiaye Niang to the International Criminal Court and to the Office of the Prosecutor. Their arrival is another important step forward in the revitalization process I initiated immediately after taking office as Prosecutor in June of last year. Their experience, energy and dynamism will be crucial as we seek to transform the principles of the Rome Statute into a tangible and meaningful reality for those that most need its protection. I also wish to express my most sincere appreciation to the outgoing Deputy Prosecutor, Mr James Stewart, for his years of service. We wish him well.”

Mr Mame Mandiaye Niang and Ms Nazhat Shameem Khan took a public oath of office declaring: "I solemnly undertake that I will perform my duties and exercise my powers as Deputy Prosecutor of the International Criminal Court honourably, faithfully, impartially and conscientiously, and that I will respect the confidentiality of investigations and prosecutions".

Mr Niang and Ms Khan then signed their oath before the ICC Registrar, Mr Peter Lewis, and delivered their first remarks as ICC Deputy Prosecutors.

Mr Mame Mandiaye Niang said: "I will fully play my role for the fulfilment of the crucial mandate of the Office of the Prosecutor."

Ms Nazhat Shameem Khan stated: "I undertake to serve the Office of the Prosecutor at the International Criminal Court with diligence and integrity. I commit to treating all those I work with, with equality, respect and dignity."

Mr Niang and Ms Khan will officially assume their functions as Deputy Prosecutors on 8 March 2022.