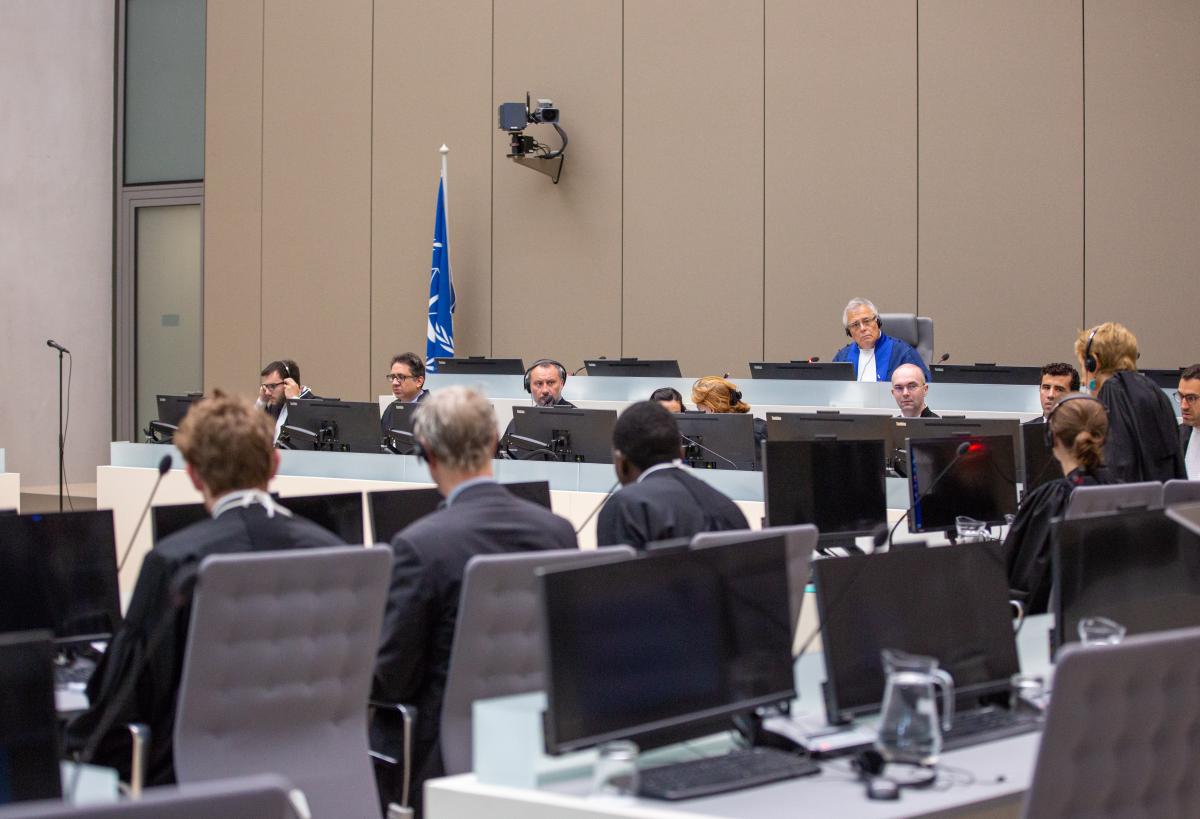 Today, 18 July 2019, the Appeals Chamber of the International Criminal Court ("ICC" or "Court") delivered its judgment on two appeals filed, pursuant to article 82(4) of the Statute, by Mr Lubanga and the V01 group of victims, against Trial Chamber II's 'Decision Setting the Size of the Reparations Award for which Thomas Lubanga Dyilo is Liable', which was issued on 15 December 2017. It confirmed for the most part the impugned decision. Piotr Hofmański, Presiding Judge in these appeals, read a summary of the judgment in open Court.

In its decision, the Trial Chamber held Mr Lubanga liable for reparations to the sum of USD 10,000,000 in respect of 425 victims it found eligible for reparations and 'any other victims who may be identified'. On 15 January 2018, the V01 group of victims and Mr Lubanga filed notices of appeal against that decision.

The Appeals Chamber's judgment was rendered unanimously, with Judge Eboe-Osuji and Judge Ibáñez Carranza appending separate opinions. The Appeals Chamber confirmed the Trial Chamber's decision subject to an amendment such that the victims whom the Trial Chamber found ineligible to receive reparations, and who consider that their failure to sufficiently substantiate their allegations, including by supporting documentation, resulted from insufficient notice of the requirements for eligibility, may seek a new assessment of their eligibility by the Trust Fund for Victims, together with other victims who may come forward in the course of the implementation stage and as envisaged by the Trial Chamber. Also, any recommendations as to eligibility made by the Trust Fund for Victims shall be subject to the approval of the Trial Chamber.

Background: Thomas Lubanga Dyilo was a founder ­of the Union des patriotes congolais (Union of Congolese Patriots or UPC) – of which he was once president – and the Forces patriotiques pour la libération du Congo (Patriotic Forces for the Liberation of the Congo or FPLC) – of which he was Commander-in-Chief. On 14 March 2012, Trial Chamber I of the International Criminal Court found him guilty as co‑perpetrator of the war crimes of conscripting and enlisting children under the age of 15 into the FPLC and using them to participate actively in hostilities between September 2002 and August 2003. On 10 July 2012, he was sentenced to a total of 14 years' imprisonment. On 1 December 2014, the Appeals Chamber confirmed both his conviction and his 14‑year prison sentence. On 19 December 2015, Mr Lubanga was transferred to Makala Prison in the DRC to serve his sentence.

On 16 September 2019, Judge Ibáñez Carranza filed her separate opinion in which, while concurring with the outcome of the judgment rendered by the Appeals Chamber on 18 July 2019, she elaborated in depth and clarified various issues regarding reparations in the case of The Prosecutor v. Thomas Lubanga Dyilo. The ultimate aim of her Opinion is to strengthen the judgment rendered by the Appeals Chamber and improve the reparations proceedings, especially during the implementation stage.

In particular, Judge Ibáñez Carranza recalled that reparation is an internationally recognised human right, that it must produce redress and remedy and that its content is reflected in the principle of restitutio in integrum with its five key elements: restitution, compensation, rehabilitation, satisfaction and guarantees of non-repetition. She highlighted that economic compensation is not the most important aspect of reparations. In her view, the ultimate goal of reparations consists of restoring human dignity and restructuring the human being both in his or her individual and social dimensions.

Judge Ibáñez Carranza further observed that given the special nature of atrocious crimes under the jurisdiction of this Court, which entails gross violations of human rights, reparations proceedings must be conducted in light of a broad spectrum of international human rights law, principles, standards as well as specialised jurisprudence that converge and interplay with the provisions contained in the Rome Statute. In the view of the judge, in the case at hand, the specific damage to the project of life of the former child soldiers must be adequately considered and repaired, restoring opportunities and capacities aimed at enabling them to reconstruct themselves as complete and fulfilled human beings. Judge Ibáñez Carranza further noted that the possibility to award reparations to potential victims is provided for in the legal framework of the Rome Statute and that in the specific case the scope of potential victims has been defined on the basis of geographical, temporal, and other factual parameters established in previous decisions of the Court.

Finally, Judge Ibáñez observed that, given the extremely difficult situation in which victims are immersed (contexts of ongoing conflict or post-conflict environments) which often prevent them from obtaining evidence sufficient to prove their status as victims, the harm suffered and/or the link of causation, the burden of proof must be shared between the victims and the system established in the Rome Statute, and ought to be approached by the Court in an institutional and technical manner. In her view, it is of utmost importance that future reparations proceedings are conducted objectively and with the assistance of experts and professionals, thereby allowing the concerned parties full exercise of their procedural and human rights, in particular those of the convicted person.