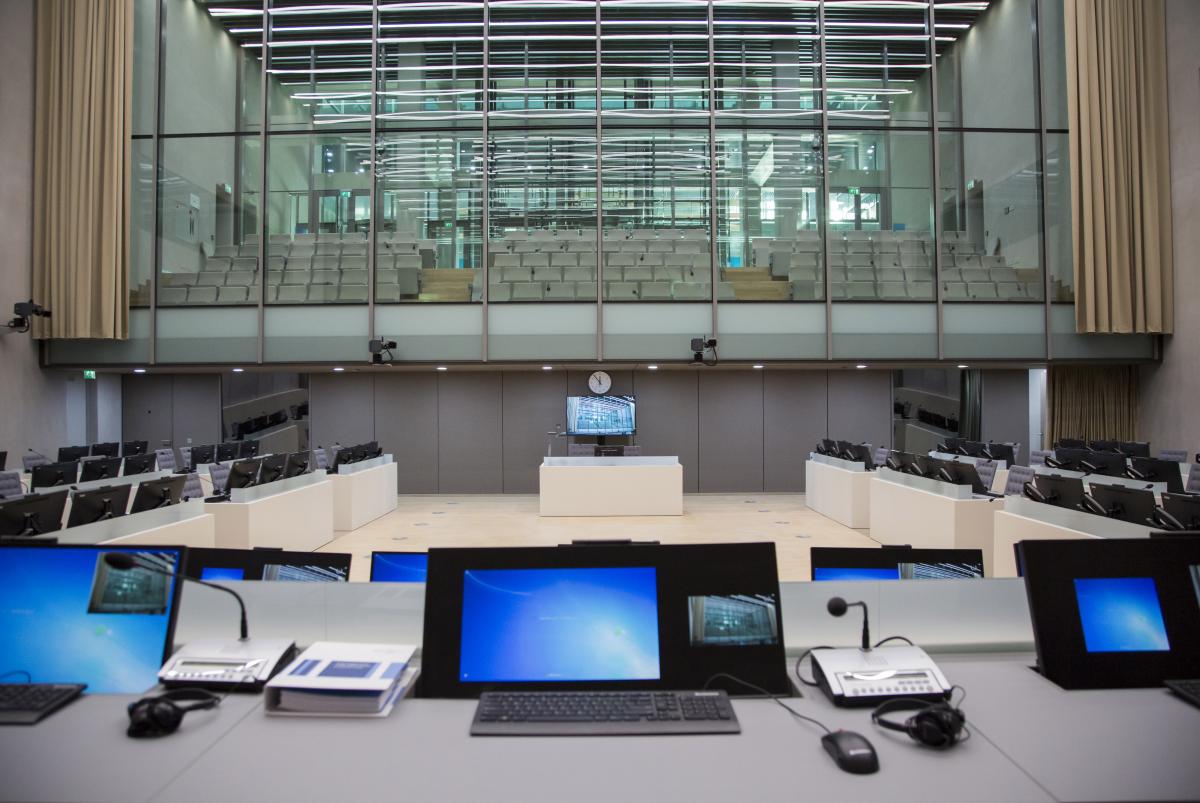 Today, 11 June 2020, Pre-Trial Chamber II of the International Criminal Court ("ICC" or "Court") reclassified as public, with redactions, a second warrant of arrest against Mr Ali Kushayb who was transferred on 9 June 2020 to the ICC Detention Centre on account of a first arrest warrant delivered on 27 April 2007. His first appearance before Pre-Trial Chamber II is scheduled on 15 June 2020; further practical information on this hearing will be communicated shortly.

The second arrest warrant was initially issued as secret on 16 January 2018. It adds three new charges of war crimes (murder) and crimes against humanity (murder and other inhumane acts) allegedly committed in Deleig and surrounding areas between on or about 5 to 7 March 2004.

Background: Mr Kushayb, Sudanese national born approximately in 1957, was allegedly one of the most senior leaders in the tribal hierarchy in the WadiSalih locality and member of the Popular Defence Forces (PDF) and allegedly commanded thousands of Janjaweed militia from on or about August 2003 until on or about March 2004. He is alleged to have implemented the counter-insurgency strategy of the Government of Sudan that also resulted in the commission of war crimes and crimes against humanity in Darfur, Sudan. MrKushayb is perceived to be the mediator between the leaders of the Janjaweed militia in WadiSalih and the Government of Sudan. He is also alleged to have enlisted fighters, armed, funded and provided food and other supplies to the Janjaweed militia under his command, thereby intentionally contributing to the above-mentioned crimes. Ali Kushayb is alleged to have personally participated in some of the attacks against civilians namely in the towns of Kodoom, Bindist, Mukjar and Arawala between August 2003 and March 2004, where the killing of civilians, rape, torture and other cruel treatments occurred, therefore he allegedly committed, jointly with others, the above-mentioned crimes.

On 27 April 2007, ICC Pre-Trial Chamber I issued two warrants of arrest, against Ali Kushayb and Ahmad Harun (not in ICC custody). Pre-Trial Chamber I considered that there are reasonable grounds to believe that, (i) from about August 2002, an armed conflict took place between the Government of Sudan including combatants from the Sudan People's Armed Forces (the Sudanese Armed Forces) and the Popular Defence Force (PDF) along with the Janjaweed militia against organised rebel groups, including the Sudanese Liberation Movement/Army (SLM/A) and the Justice and Equality Movement (JEM) in Darfur, Sudan; (ii) in 2003 and 2004, that the Sudanese Armed Forces and the Janjaweed militia, acting together as part of the counter-insurgency campaign, carried out several attacks, of a systematic or widespread nature, on the towns of Kodoom, Bindisi, Mukjar, Arawala and surrounding areas. In the above mentioned towns criminal acts were allegedly committed against civilians primarily from the Fur, Zaghawa and Masalit populations, such as murders of civilians, rapes and outrages upon the personal dignity of women and girls, persecution , forcible transfers, imprisonment or severe deprivation of liberty, and attacks intentionally directed against the above-mentioned populations.

The warrant of arrest delivered on 27 April 2007 against Ali Kushayb lists 50 counts on the basis of his individual criminal responsibility for war crimes and crimes against humanity.