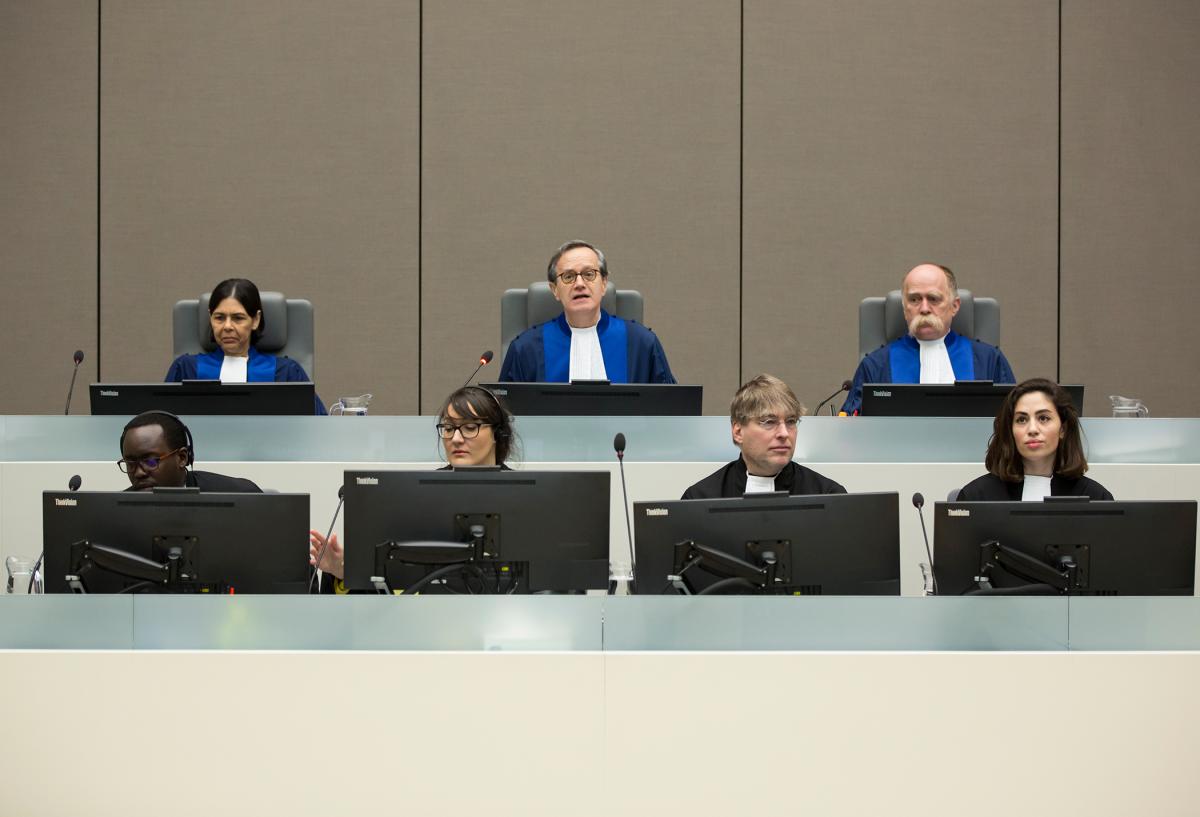 Today, 24 March 2017, Trial Chamber II ("the Chamber") of the International Criminal Court (ICC or "the Court") issued an Order awarding individual and collective reparations to the victims of crimes committed by Germain Katanga on 24 February 2003 during an attack on the village of Bogoro, in the Ituri district of the Democratic Republic of the Congo (DRC).

The judges awarded 297 victims with a symbolic compensation of USD 250 per victim as well as collective reparations in the form of support for housing, support for income‑generating activities, education aid and psychological support. Because of Mr Katanga's indigence, the Trust Fund for Victims was invited to consider using its resources for the reparations and to present an implementation plan by 27 June 2017.

Mr Katanga was able to view the proceedings via video broadcast at Makala Prison in the DRC. To ensure that interested persons are well informed - in particular applicants for reparations and affected communities - outreach activities, including a viewing site, will be held today in Bunia, DRC and in other villages in coming days. The Legal Representative of Victims and the Defence may appeal the Order within 30 days if they so wish.

On 7 March 2014, Mr Katanga was found guilty as an accessory on one count of a crime against humanity (murder) and four counts of war crimes (murder, attacking a civilian population, destruction of property and pillaging). On 23 May 2014, he was sentenced to 12 years' imprisonment. His sentence was later reduced and was completed on 18 January 2016.

The Chamber began by recalling the principles applicable to the reparations phase on the basis of the relevant judgment of the ICC Appeals Chamber. It noted that reparations are intended to oblige those responsible for serious crimes to repair the harm they caused to the victims, and to enable the Court to ensure that offenders account for their acts. The Chamber recalled that the Court must do everything in its power to ensure that reparations are meaningful to victims and that victims receive appropriate, adequate and prompt reparations to the extent possible. It also recalled that, in all matters relating to reparations, the Chamber must take into account the needs of all victims, and the measures implemented must ensure their safety, physical and psychological well‑being and privacy. The Chamber must treat victims with humanity and must respect their dignity and human rights. It is crucial that reparations be granted "without adverse distinction on the grounds of gender, age, race, colour, language, religion or belief, political or other opinion, sexual orientation, national, ethnic or social origin, wealth, birth or other status." Another purpose of reparations should be to achieve reconciliation, something that awarding collective reparations might be in keeping with.

Individual analysis of requests for reparation

The Chamber individually analysed the requests for reparation of 341 applicants and found that 297 of them presented sufficient evidence to be considered victims of Mr Katanga's crimes and therefore eligible for reparations in the case against him.

Taking into account the evidence presented and the practices of national and international tribunals, as well as the observations of the Defence, the Legal Representative of Victims, the TFV and the organizations invited to participate in the reparations proceedings, the Chamber assessed the extent of the physical, material and psychological harm suffered by the victims at a total monetary value of approximately USD 3,752,620.

Observing the principle of proportionality, the Chamber set the amount of Mr Katanga's liability at USD 1,000,000. The Chamber found Mr Katanga indigent for reparations purposes and instructed the Registry of the Court to continue monitoring his financial situation.

In deciding what reparations to award, the Chamber relied in particular on the preferences and needs expressed by the victims. The Order provides for two types of reparations: individual reparations, awarded to individuals to repair the harm they have suffered; and collective reparations, consisting of long‑term projects covering a whole community but still focusing on individual victims to the extent possible.

The Chamber awarded Mr Katanga's victims individual reparations in the form of symbolic compensation of USD 250 per victim. The Chamber stressed that this symbolic amount, while not intended to compensate for the entirety of the harm, does provide meaningful relief to the victims for the harm they have suffered.

The Chamber also awarded specific collective reparations in the form of support for housing, support for income‑generating activities, education aid and psychological support.

The Chamber recalled that, when a convicted person is indigent and therefore unable to comply immediately with an order for reparations, the TFV's Regulations allow it to use its other resources to complement those collected through the reparations order. Therefore, noting Mr Katanga's current financial situation, the Chamber invited the Board of Directors of the TFV to consider using the TFV's resources at its discretion to fund and implement the award of collective reparations. It also recommended that the TFV consider providing the necessary financial resources to implement the award of individual monetary reparations.

The Chamber instructed the TFV to contact the DRC authorities about the possibility of working together to put in place and implement reparations.

The TFV must present – by 27 June 2017 – a plan for implementing the individual and collective reparations Order, describing the projects it intends to develop subsequently. The Legal Representative of Victims and the Defence will then have until 28 July 2017 to file their observations on the implementation plan. The Defence may also contact the TFV if Mr Katanga wishes to contribute by means of a letter of apology, a public apology or a reconciliation ceremony.

In addition to its case‑specific reparations mandate, the TFV also has an assistance mandate for victims in countries where the ICC has opened an investigation. Under this assistance mandate, the Chamber urged the TFV to take into account, whenever possible, the harm – and, in particular, sexual violence – suffered by victims during the attack on Bogoro but excluded from the scope of the case against Mr Katanga.