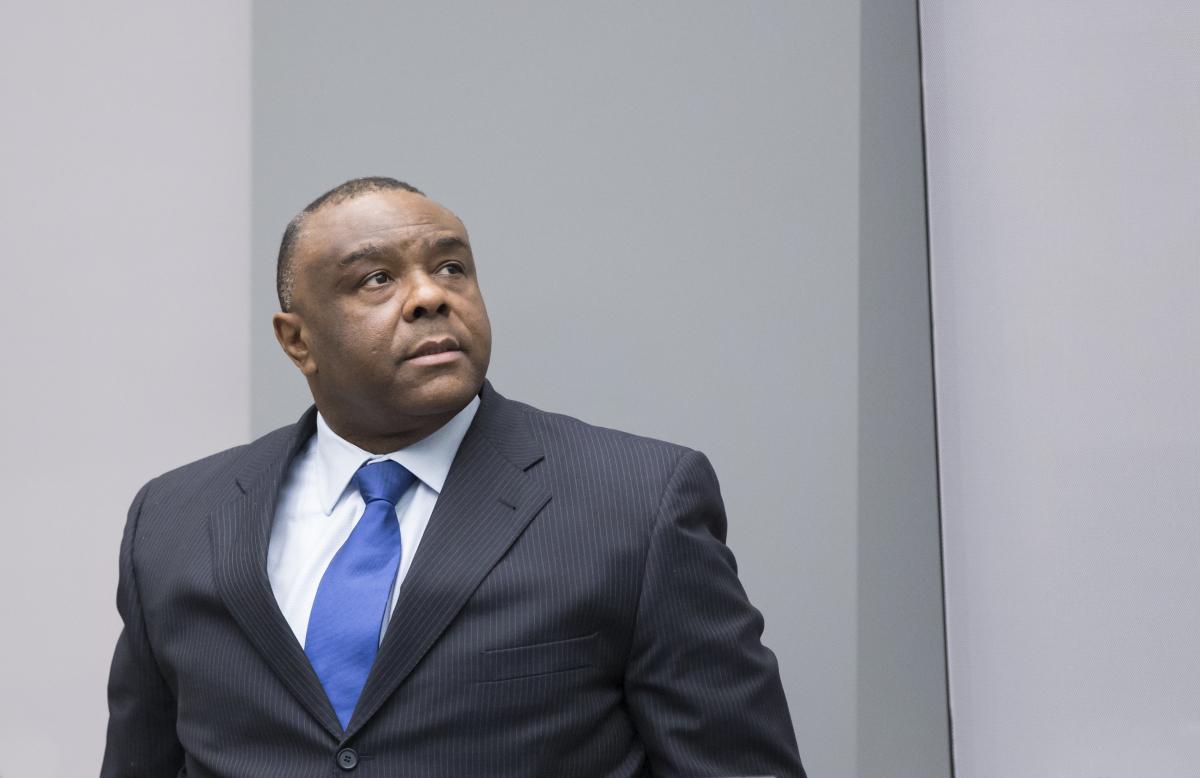 Jean-Pierre Bemba Gombo in the ICC Courtroom during the delivery of his sentence on 21 June 2016. © ICC-CPI

In light of his conviction, Mr Bemba was sentenced to the following terms of imprisonment:

The Chamber considered that the highest sentence imposed, namely, 18 years for rape, reflected the totality of Mr Bemba's culpability and decided that the sentences imposed shall run concurrently. The entire time he has spent in detention in accordance with an order of this Court, since 24 May 2008, will be deducted from his sentence. The Prosecution and the Defence may appeal the sentence on the grounds of disproportion between the crime and the sentence.

The issue of reparations to victims under article 75 of the Statute will be addressed in due course.

On 21 March 2016, Trial Chamber III declared Jean-Pierre Bemba Gombo guilty beyond any reasonable doubt of two counts of crimes against humanity (murder and rape) and three counts of war crimes (murder, rape, and pillaging). The crimes were committed in the Central African Republic from on or about 26 October 2002 to 15 March 2003 by a contingent of the Mouvement de Libération du Congo troops. Mr Bemba was a person effectively acting as a military commander, who knew that the MLC forces under his effective authority and control were committing or about to commit the crimes charged. The Defence has been granted until 19 September 2016 to file a document in support of the appeal against the decision on the guilt of Mr Bemba.

Jean-Pierre Bemba Gombo was arrested by the Belgian authorities on 24 May 2008, pursuant to an ICC arrest warrant, and surrendered to the Court on 3 June 2008. On 15 June 2009, Pre-Trial Chamber II confirmed the charges against him. His trial started on 22 November 2010 and the closing oral statements of parties and participants were delivered on 12 and 13 November 2014. The Chamber granted 5229 persons the status of victims authorised to participate in the proceedings.