ICC Prosecutor, Fatou Bensouda, meets with the EU Foreign Affairs Ministers: “The ICC is central to a more just and rules-based international system.” 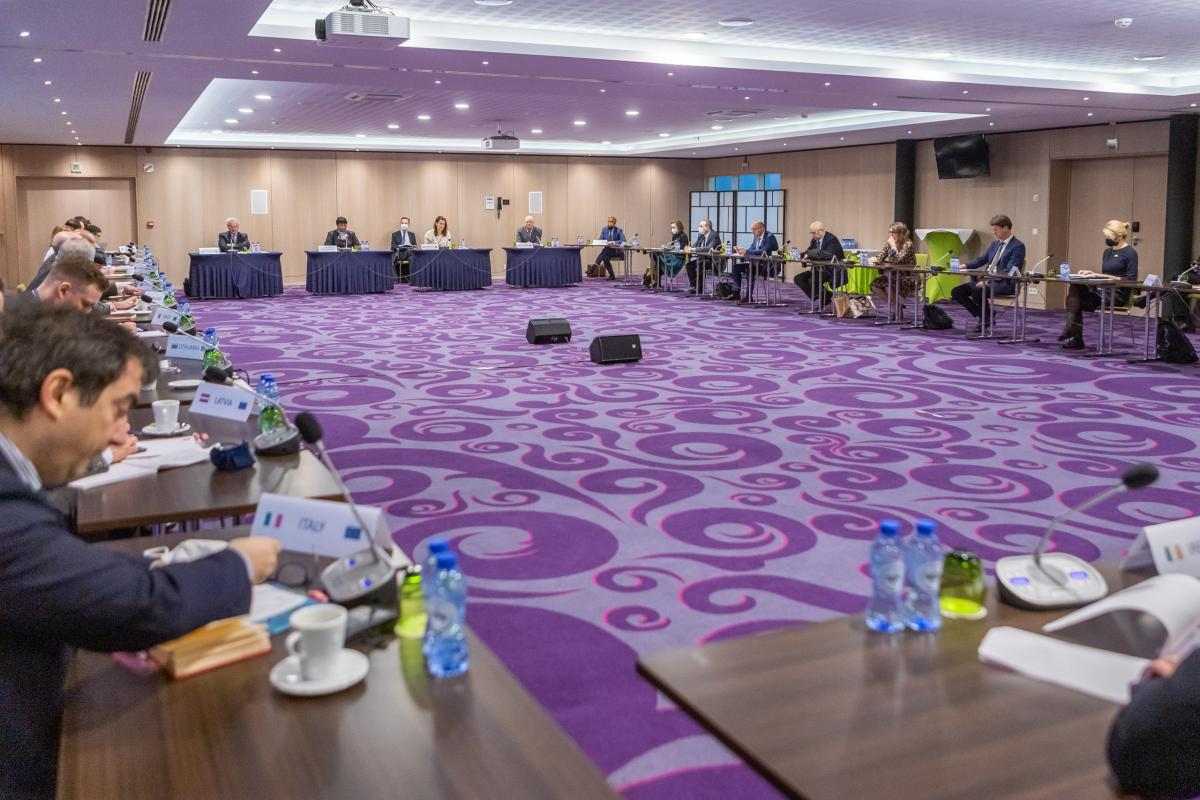 Today, 22 February 2021, the Prosecutor of the International Criminal Court ("ICC" or the "Court"), Fatou Bensouda, met in Brussels, Belgium with Foreign Ministers of the European Union ("EU") and other officials. The gathering was organised by the Belgian Presidency of the Benelux at the invitation of H.E. Sophie Wilmès, Deputy Prime Minister and Foreign Minister of the Kingdom of Belgium, on behalf of the Benelux Union.

At the informal meeting with the EU Foreign Ministers, Ambassadors and other officials, Prosecutor Bensouda provided an overview of the recent activities of her Office and successes in court. She also discussed the challenges facing the Court, from severe resource constraints to coercive measures, threats and pressure placed on its independent and crucial mandate. 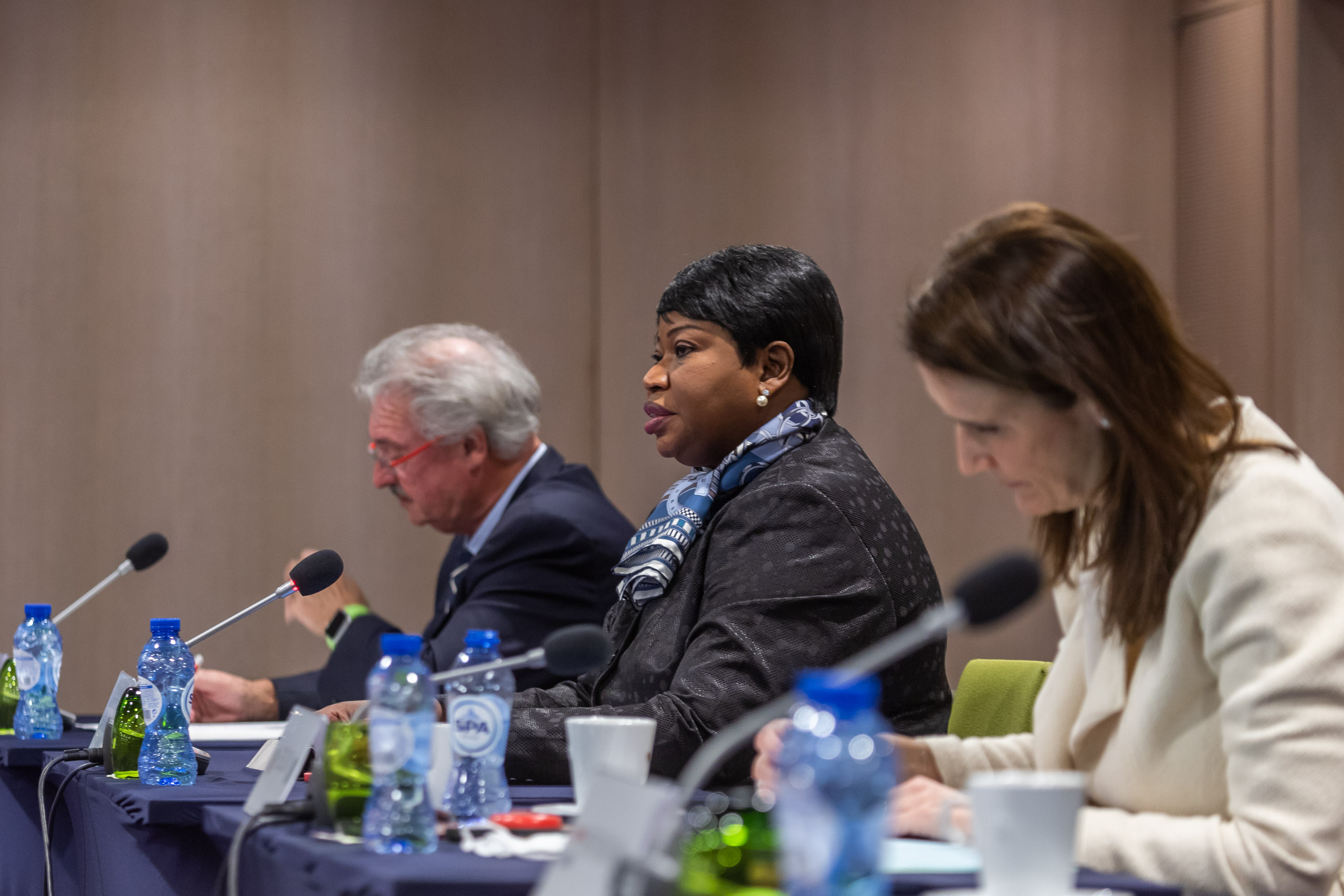 In thanking the EU and individual Member States for their support and cooperation, the Prosecutor observed that "we are at a defining moment in the history of international criminal justice. We either stand firm with conviction in the defence of the Rome Statute and ensure the Court's long term success for the benefit of humanity, or we allow the whims and winds of politics of the day to chip away at the hard-earned progress made towards greater accountability for atrocity crimes." She emphasized that "we must continue to work for the victims of atrocity crimes who look to the Court as a last beacon of hope for justice."

Other topics discussed included the report of the Independent Expert Review where the Prosecutor stated that her Office has engaged in the review process as an opportunity to enhance the effectiveness of the Office and the Rome Statute system as a whole, in line with her Office's own philosophy of continuous improvement. She stated that her Office is "looking to the report of the Independent External Experts for inspiration and fact-based actionable recommendations," which can then be carried forward with this overall objective in mind. She added that her Office is currently working on the initial overall response to the report as required by the Assembly of States Parties.

The Prosecutor expressed her profound appreciation to the host, H.E. Minister Wilmès, along with her Benelux counterparts, for convening the event, for their assistance, and for the EU's consistent diplomatic, political and operational support for the crucial mandate of the Court, and indeed, recognition of the centrality of the ICC to a more just and rules-based international system.

In a statement issued on the occasion of today's meeting, H.E. Minister Wilmès, reiterated Belgium's gratitude to "Prosecutor Bensouda for her great commitment", wishing her "successor all the best in his crucial mandate." "As the International Criminal Court is facing major external challenges, Belgium calls upon all countries to support this essential institution. Only by joining forces can we build a fundamentally more just world. A world where the most ruthless violators of international humanitarian law are prosecuted and put on trial, and their victims find justice. Justice, a necessary condition for lasting peace", the Minister emphasized.

The Office of the Prosecutor of the ICC conducts independent and impartial preliminary examinations, investigations and prosecutions of the crime of genocide, crimes against humanity, war crimes and the crime of aggression. Since 2003, the Office has been conducting investigations in multiple situations within the ICC's jurisdiction, namely in Uganda; the Democratic Republic of the Congo; Darfur, Sudan; the Central African Republic (two distinct situations); Kenya; Libya; Côte d'Ivoire; Mali; Georgia, Burundi Bangladesh/Myanmar and Afghanistan (subject to a pending article 18 deferral request). The Office is also currently conducting preliminary examinations relating to the situations in Bolivia; Colombia; Guinea; the Philippines; and Venezuela (I and II) and has completed three other preliminary examinations concerning the situations in Palestine, as well as Nigeria and Ukraine (pending requests for authorisation to proceed to investigation).