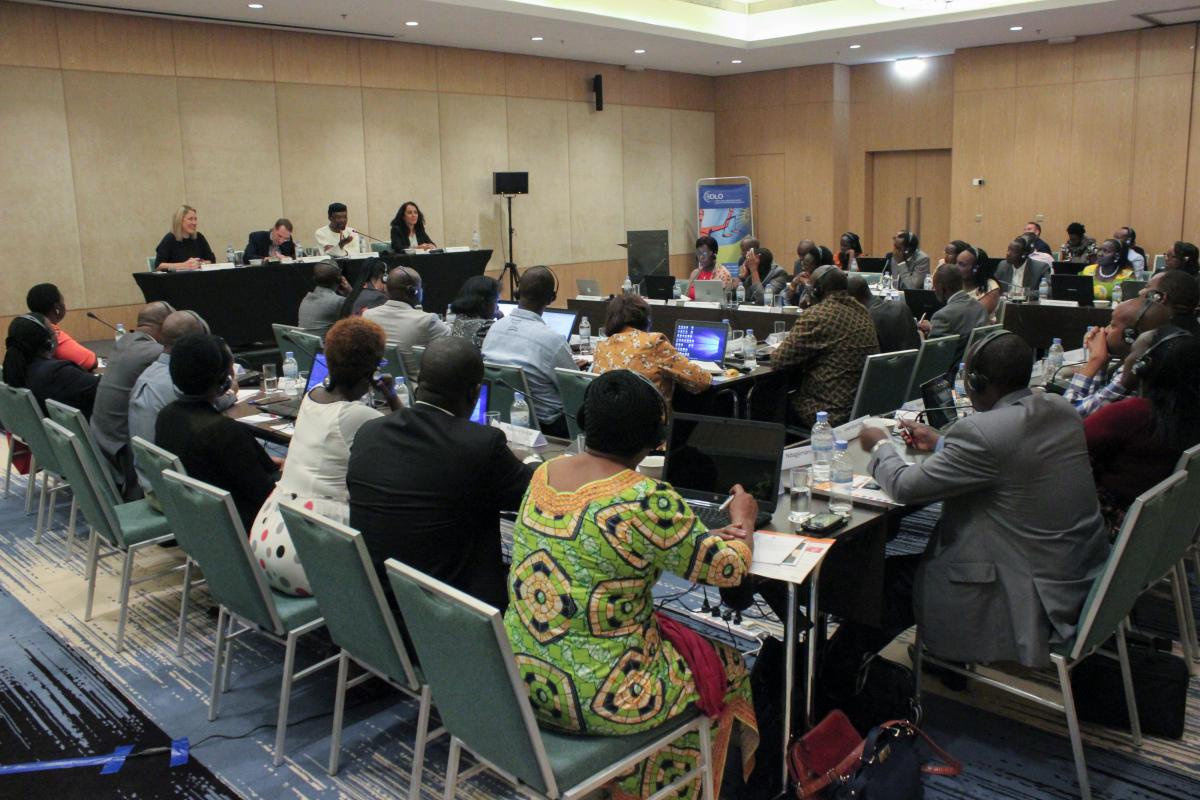 The President of the International Criminal Court (ICC), Judge Chile Eboe-Osuji, on Friday 20 September 2019 concluded a two-day working visit to Kigali, Rwanda, where he participated in a capacity building programme for the Rwandan judiciary on international criminal law as well as held bilateral meetings with officials to promote dialogue and closer relations between the ICC and Rwanda. The ICC President encouraged Rwanda to become a party to the Court’s founding treaty, the Rome Statute, in order to enlarge its universality.

The training session in which President Eboe-Osuji participated forms part of a broader capacity building programme for the Rwandan judiciary organised by the International Development Law Organization in cooperation with the Supreme Court of Rwanda. The programme is aimed at strengthening the capacity of judges, prosecutors and defence lawyers working in the Rwandan judicial system to deal with complex cases of genocide or crimes against humanity transferred to Rwanda from the International Criminal Tribunal for Rwanda (ICTR) or from other national jurisdictions.

"I am delighted to have had this opportunity to share with Rwandan colleagues some of my personal professional experience as well as the practice of the ICC in the adjudication of international crimes. I was impressed by the level of commitment and professionalism shown by the judges, registrars and legal officers participating in the training, and I hope that my contribution has helped in some small way to strengthen the capacity of the Rwandan judiciary to address these crimes effectively through its domestic courts", President Eboe-Osuji said. The training session focused on practical lessons learned and the resolution of specific challenges frequently faced by the judicial bench in the management of international crimes trials. The ICC President’s participation was well received, and members of the national judiciary who participated in the programme expressed their desire for a continuation of such engagements.

During his visit to Kigali, President Eboe-Osuji paid courtesy calls to the Chief Justice of Rwanda, Prof Sam Rugege, as well as the Minister of Justice and Attorney-General, Hon. Johnston Busingye, and held very positive discussions with them on questions of common concern related to the fight against impunity for the gravest crimes under international law.

In these meetings, the ICC President expressed the view that Rwanda could make immense contributions to the global fight against impunity by joining the Rome Statute. “The world has a lot to learn from Rwanda, which has made amazing achievements in rebuilding the country following the 1994 genocide, including the reconstruction of the judicial system after the genocide had decimated the nation’s legal profession”, he said. During the bilateral discussions, there was general agreement between the President and his interlocutors on the importance of cooperation, exchange of best practices, continuing dialogue and enhancement of mutual understanding.

President Eboe-Osuji also visited the Kigali Genocide Memorial, where he had a tour of the permanent exhibition regarding the 1994 genocide and laid a wreath in memory of the victims.