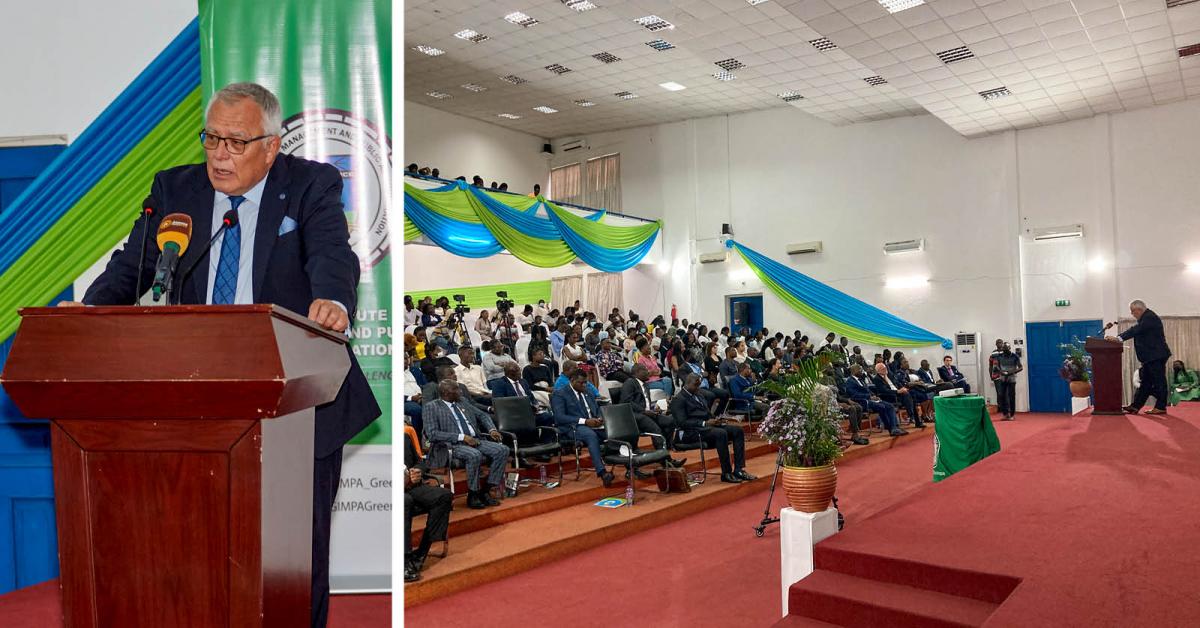 From 26 to 28 September 2022, the President of the International Criminal Court (“ICC” or “the Court”), Judge Piotr Hofmański, paid an official visit to the Republic of Ghana to deliver the second annual public lecture of the African Centre of International Criminal Justice (ACICJ) at the Ghana Institute of Management and Public Administration (GIMPA).

During his visit, the President of the Court held official meetings with the President of the Republic of Ghana, H.E. Nana Addo Dankwa Akufo-Addo, the Speaker of Parliament, The Rt Hon. Alban Sumana Kingsford Bagbin, the Chief Justice of Ghana, Kwasi Anin-Yeboah JSC, and the Attorney General and Minister of Justice, Mr Godfred Yeboah Dame. In his conversations with the national authorities, President Hofmański recognised with appreciation Ghana’s longstanding support of the Court, and received strong assurances of the country’s ongoing commitment in this respect. The meetings also provided an opportunity to discuss ways of further developing the cooperative relationship between the ICC and the Republic of Ghana with a view to strengthening the system of international criminal justice. While in Accra, the ICC President also met with the United Nations Resident Coordinator, Mr Charles Abani, as well as members of the diplomatic community in Ghana.

In his public lecture at GIMPA, President Hofmański reflected on the achievements and progress of the ICC during its 20 years of existence, and discussed the complementary roles played by the Court and national jurisdictions in the fight against impunity for the gravest crimes under international law. He emphasised that “the ICC, while it plays a key role as the lynchpin of the international criminal justice system, has no chance of stopping impunity on its own. That is why the capacity building of national jurisdictions is so crucial. That capacity building has several elements, including the education and training of lawyers, as well as legislative measures”. He went on to state that “[a]s a court of last resort, the ICC acts as a mirror to national jurisdictions, urging them to deal with the gravest crimes through domestic courts, so that the ICC does not need to get involved. And indeed most states prefer to see trials take place in their own courts, rather than in The Hague. So the ICC is a catalyst of a sort, an incentive for national jurisdictions to hold perpetrators of atrocity crimes accountable.” The full text of the speech can be accessed here.

Ghana signed the Rome Statute, the Court’s founding treaty, on 18 July 1998 and deposited its instrument of ratification on 20 December 1999. Ghana is currently a member of the Bureau of the Assembly of States Parties to the Rome Statute.