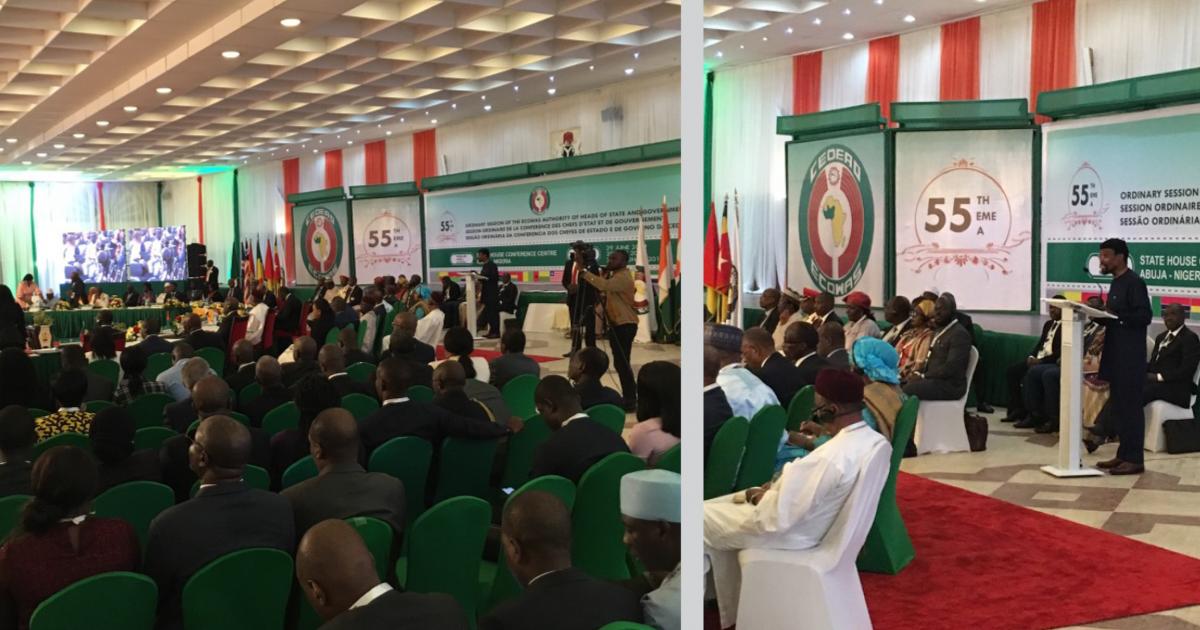 On 29 June 2019, the President of the International Criminal Court (ICC), Judge Chile Eboe-Osuji, delivered a speech at the opening ceremony of the 55th Ordinary Session of the Authority of Heads of State and Government of the Economic Community of West African States (ECOWAS) in Abuja, Nigeria.

Reflecting on the role of the Court, the President emphasised that "there cannot be sustainable socio-economic development, where conflicts, atrocities and fear reign supreme… The fact that we have today a permanent International Criminal Court has changed the way the world looks at atrocities. The world expects accountability. Victims demand justice. The space for impunity for these atrocities is shrinking."

However the President recalled that the Court cannot accomplish its task alone: "First, the ICC relies on the cooperation of States for all its operations. Second, the ICC is a court of last resort. In the first place, justice must be done by national institutions." "Regional bodies can play an important role, too – and I am glad to report that we have been exploring ways of strengthening the relationship between the ICC and the ECOWAS Community Court of Justice," he added.

President Eboe-Osuji concluded: "we must not rest on the laurels … by thinking that with the creation of the ICC twenty-one years ago, our work is done. The Court still needs you. West African leaders must continue to do their best to protect that Court. And I urge you to do so".

In the margins of the Summit, the ICC President held talks with several heads of State from the region, as part of his dialogue with African leaders with a view to strengthening the Court's relationship with the continent. These heads of State restated their commitment and continued support to the ICC and noted the important value that the Court serves, while also agreeing that it is essential to continue efforts to improve the Court's ability to achieve its objectives.

ICC President Chile Eboe-Osuji, Remarks at the 55th Ordinary Session of the Authority of Heads of State and Government of the Economic Community of West African States