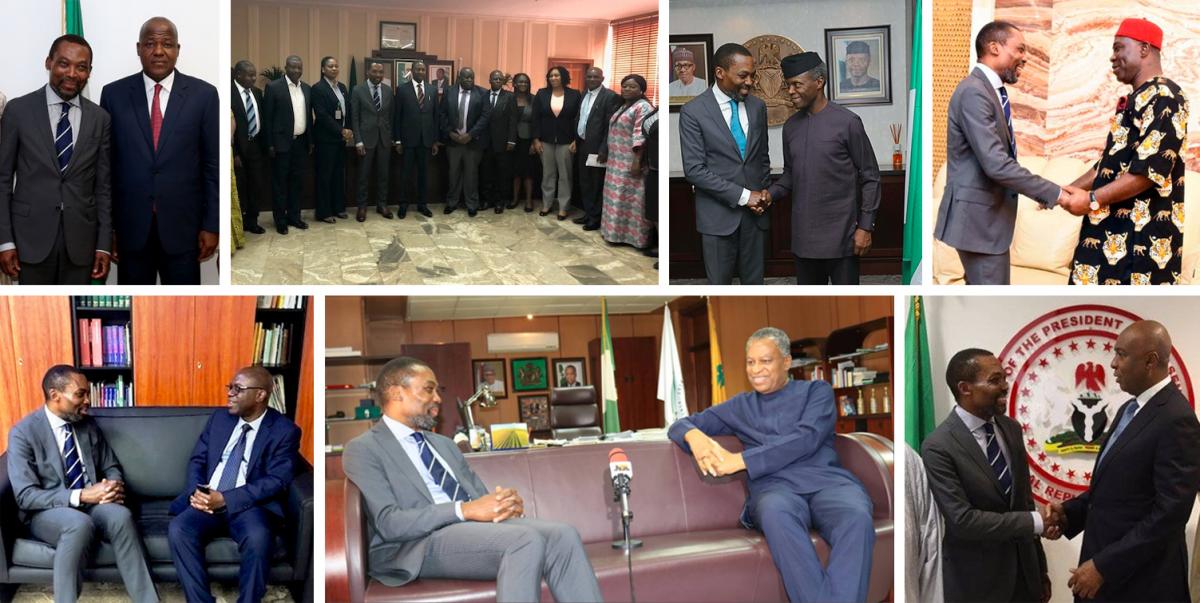 The President of the International Criminal Court, Judge Chile Eboe-Osuji, has concluded an official visit to Nigeria, where he met with the senior leadership of the country to discuss ways to strengthen the international criminal justice system aimed at suppressing impunity for the gravest crimes.

During his stay in Abuja from 10 to 13 April, President Eboe-Osuji met with H.E. Prof. Yemi Osinbajo, Vice-President and acting President of Nigeria; as well as H.E. Senator Bukola Saraki, President of the Senate, H.E. Hon. Yakubu Dogara, Speaker of the House of Representatives and H.E. Senator Ike Ekweremadu, Deputy President of the Senate, together with some of their colleagues in the senior leadership in the National Assembly. He also held meetings with H.E. Geoffrey Onyema, Minister of Foreign Affairs, H.E. Abubakar Malami, Attorney-General and Minister of Justice, and Mr. Dayo Apata, Solicitor-General of the Federation.

The ICC President expressed gratitude for Nigeria's strong commitment to the Court, which was reaffirmed by the senior authorities during the meetings held.  President Eboe-Osuji underlined that the active support of States is crucial in re-energising the mission of the ICC, of which Nigeria is a founding and important member.  He recalled that victims are at the heart of the Court's mandate, which aims to provide justice to those who have suffered the worst atrocities, as well as protect populations from future crimes.

President Eboe-Osuji further emphasised that the Court is keen to work together with states in Africa to bolster the fight against impunity for the gravest international crimes, and he hoped to count on Nigeria's support in taking that process forward.